According to Preliminary Stats 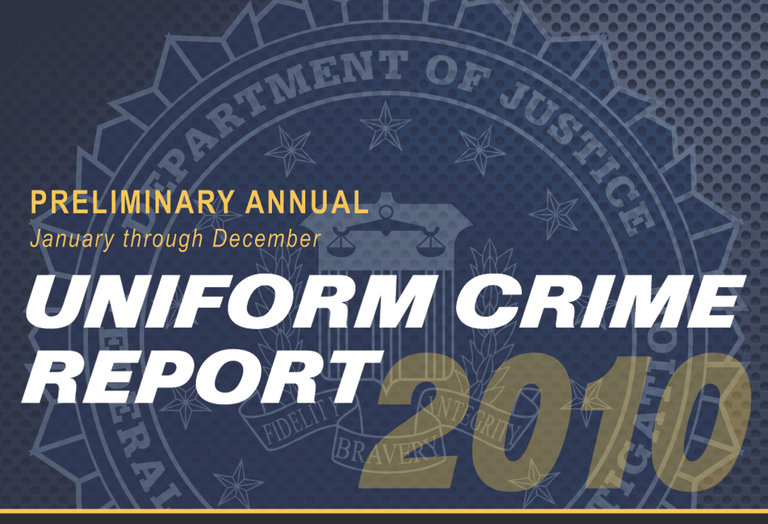 Preliminary FBI figures reveal that the levels of both violent crime and property crime in the U.S. declined in 2010 from the previous year's data.

The 2010 Preliminary Annual Uniform Crime Report, just released today, shows a 5.5 percent decrease in the number of reported violent crimes when compared with data from 2009. It also shows a 2.8 percent decline in reported property crimes.

This latest report is based on information submitted to the FBI from 13,007 law enforcement agencies around the country. The crimes covered are murder, forcible rape, robbery, aggravated assault, burglary, larceny-theft, motor vehicle theft, and arson.

Some of the report's highlights include: 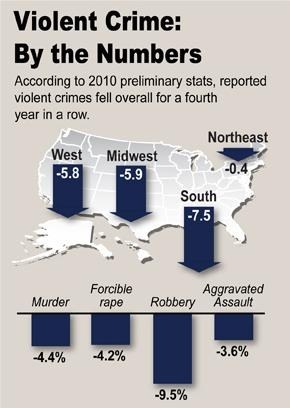 There were some specific increases noted:

Also available in the preliminary report are tables that include the number of offenses reported by cities—organized by state—with populations of more than 100,000. These tables include preliminary totals of offenses known to law enforcement for agencies that provided us with 12 months of complete data in both 2009 and 2010.

As always, we caution against drawing conclusions from the data in this report by making direct comparisons between cities. Valid assessments are possible only with careful study and analysis of the range of unique conditions affecting each local law enforcement jurisdiction.

Complete figures for 2010 will be released this fall in the full Crime in the United States report.

Reputed boss and leaders of a Philadelphia crime family charged with racketeering, extortion.