The Fix Was In 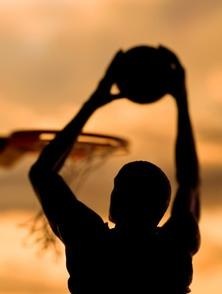 It’s a cautionary tale for college and professional athletes alike.

The case began—as most of our sports bribery matters do—as an organized crime investigation. In 2009, we began looking into the activities of a criminal enterprise operating in the San Diego area. Along with selling marijuana, the group was operating an illegal online gambling business. A related criminal activity, Bureau investigators discovered, was a scheme to fix USD men’s basketball games.

Playing a pivotal role in the scheme was Thaddeus Brown, an assistant basketball coach at USD during the 2006-2007 season. Brown had placed bets with the illegal gambling business operated by Garmo and two partners-in-crime. Though no longer with the team, he still had contacts among the USD players. During the 2009-2010 season, he recruited Johnson—USD’s starting point guard—to influence the outcome of basketball games in exchange for money. Brown was paid handsomely for his role in the conspiracy—up to $10,000 per game.

During that season, it’s believed that at least four games were “fixed” with Johnson’s assistance.Perhaps the senior point guard would miss a free throw now and then or draw a technical foul. Or he would just pass up a shot—at one point Johnson was heard on electronic surveillance talking about how he wouldn’t shoot at the end of a particular game because it would have cost him $1,000.

The FBI offers an educational program for college athletes, school administrators, athletes, and college officials/referees on the crimes of illegal gambling and sports bribery. Several years ago, the program was expanded to include such issues as illegal performance-enhancing drugs, the dangers of social networking, general criminal acts engaged in by some athletes, and the consequences of hindering law enforcement investigations.

Among the presentation’s major takeaways:

Educational institutions interested in having this program presented at their school should contact their local FBI field office.

The co-conspirators routinely got together to discuss the predictions of oddsmakers and to pick which games to fix. They would then make their bets—often on the other team (USD was usually favored to win)—which would enhance their winnings even more. And with Johnson manipulating the games, they usually won their bets, netting them more than $120,000.

The following season—2010-2011—Johnson had graduated, but he nonetheless tried to recruit another player to continue the scheme. His attempt ultimately failed. Brown also tried—even making attempts at two other schools—but he failed as well.

To penetrate this close-knit conspiracy, the FBI made use of its array of investigative techniques, including court-authorized wiretaps, physical surveillance, confidential informants, subpoenaed documents, and interviews. We also had the cooperation of USD officials and the NCAA. By April 2011, an indictment in conspiracy had been announced.

At the time of the indictment, U.S. Attorney Laura Duffy of the Southern District of California said, “Whether in the area of politics, law, or sports, the phrase ‘the fix is in’ sends chills down the spines of all Americans… Tampering with sports events strikes at the integrity of the games; this kind of betrayal is not merely disappointing—it is criminal and worthy of prosecution.”

While the FBI focuses on the criminal leadership in these sorts of enterprises, athletes and coaches willing to sell out their teams for money can get caught in the net and pay the price. Our advice: Think twice before gambling with your future.