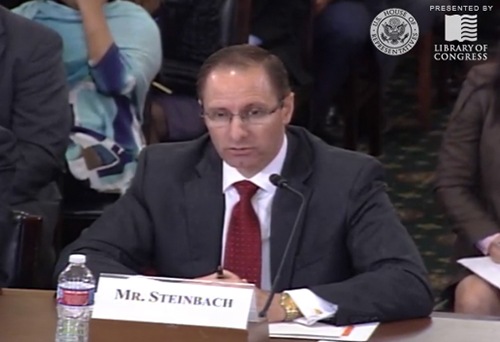 Assistant Director Michael Steinbach, appearing today before the U.S. House of Representatives’ Homeland Security Committee, discussed “the widespread reach of terrorists’ influence, which transcends geographic boundaries like never before” as a result of terrorists’ continuing use of technology to communicate and to recruit.

According to Steinbach, the FBI continues to focus on identifying individuals trying to join the ranks of foreign fighters traveling in support of ISIL and homegrown violent extremists who may aspire to attack America from within. Both threats are high priorities for the Bureau and for the U.S. Intelligence Community as a whole. But we are challenged by the widespread and aggressive use of the Internet and social media by terror groups—and in particular, by ISIL, which has “constructed a narrative that touches on all facets of life—from career opportunities to family life to a sense of community.” And while there is no set profile for the “susceptible consumer of this propaganda,” Steinbach said that one trend continues to rise—the inspired youth.

He also talked about the Going Dark issue—especially as it relates to terrorism—as some of the online conversations between terrorists and those they are targeting for recruitment take place through private messaging platforms. Going Dark refers to the gap between the laws and technology designed to allow for the lawful intercept of communications content by law enforcement and the changing forms of Internet communications. Steinbach explained, “It’s imperative that the FBI and all law enforcement organizations understand the latest communication tools and are positioned to identify and prevent terror attacks in the homeland.”

OPM cyber intrusion that affected the information technology and data systems of the federal government.

Leader of advance fee and investment scams sentenced for swindling millions from investors.