A (Driver’s) License to Steal 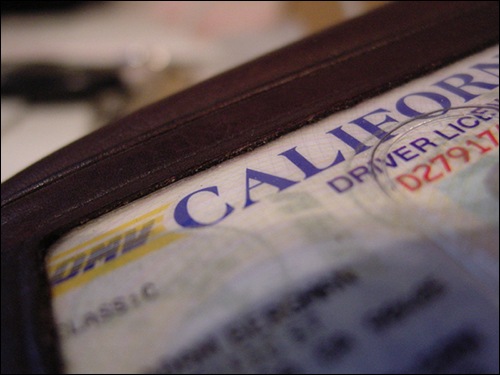 You could call this scam a license to steal, and it certainly was—until it all came crashing down on the corrupt state employees and their accomplices who were selling California driver’s licenses for cash.

For at least three years, though, between 2009 and 2012, the scammers had a nearly seamless operation that netted a tidy profit. Here’s how it worked:

A man who owned a driving school let his students know that—for a price—he could guarantee them a license, even if they had already failed the driving test. Often they didn’t even have to take the test, thanks to the man’s connections at the Department of Motor Vehicles (DMV) office in El Cajon, California.

Those willing to pay anywhere from $500 to $2,500 to corrupt DMV employees could get a license with no questions asked. The driving school catered mostly to Middle Eastern immigrants, and soon word of easy licenses in that community spread north to Los Angeles and beyond.

“One guy flew in from Dallas, took a cab to the DMV office, paid for his license, and flew back to Dallas a few hours later,” said Special Agent Mike Peters, who investigated the case with Special Agent Kim George out of our San Diego Division. “It was so blatant,” Peters said, “that our surveillance showed the driving school operator brokering multiple deals in the DMV parking lot.”

“They had gotten away with it for so long,” added George, “that they were extremely confident and had no plans to stop.” 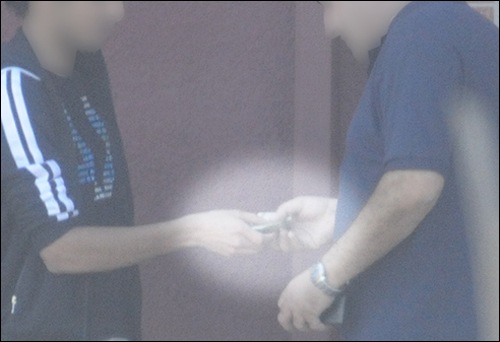 An image from surveillance video shows a DMV employee accepting cash from a license applicant.

In exchange for bribes, Bednarek falsely entered passing scores for written and behind-the-wheel tests for applicants seeking regular and commercial driver’s licenses. He enlisted other DMV employees to falsify records as well. Bednarek produced more than 100 fraudulent driver’s permits, for which applicants paid a total of more than $50,000.

Sometimes the corrupt DMV employees would issue multiple bogus licenses a day, George said. “They would leave work with $500 in cash in their pocket. That could be one day a week or two. They were doing very well.”

When a new manager arrived at the El Cajon DMV office, however, “she instantly realized that something wasn’t right,” Peters said. The new manager alerted the DMV’s investigative arm, who in turn called the FBI.

Using undercover operatives and court-authorized surveillance and wiretaps, investigators quickly uncovered the scam. Some of the “candidates” who paid for licenses were bad drivers, George explained, “and some paid because they were just too lazy to take the test.”

Peters added that some candidates had paid for commercial licenses that allowed them to drive tanker trucks. “That took things to a different level in terms of public safety,” he said.

In all, 30 defendants have been charged with conspiracy to commit bribery and identification document fraud, and all have pled guilty. The case is ongoing (see sidebar). Bednarek is scheduled to be sentenced in April. Another DMV employee, Jim Bean, was sentenced to 18 months in prison for his role in the scheme.

“We hope this case sends a message,” Peters said. “This type of corruption will not be tolerated.”

The investigation into widespread corruption and bribery at the El Cajon DMV office is still active. Anyone with information about corruption at the DMV is asked to contact the FBI at 1-877-NO-BRIBE (662-7423), the DMV’s Investigations Branch-Office of Internal Affairs at (626) 851-0173, or submit a tip online.

A portfolio manager was convicted in “the most lucrative insider trading scheme ever charged.”

Part 3 in our series looks at how one initiative is helping heal communities affected by gangs.