The Case of the Parking Meter Thief 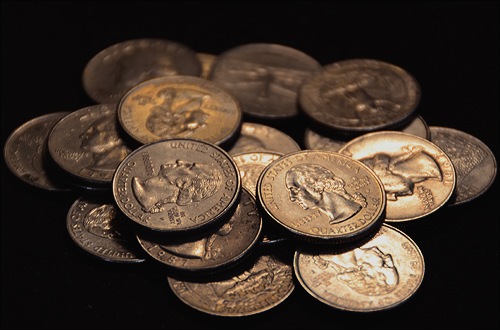 A longtime employee of the city of Buffalo, New York was sentenced to 30 months in jail today for stealing more than $200,000—all in quarters—from the city’s parking meters over a period of eight years.

James Bagarozzo, who had been employed by the city for more than three decades, became a parking meter mechanic in 2003—but instead of repairing the meters, he and an accomplice rigged more than 75 of them so he could steal quarters. Over time, his small-change crime added up.

“When he went to work,” said Special Agent Rob Gross, who investigated the case out of our Buffalo Division, “half of his day was spent stealing from the city.” After Bagarozzo and fellow city employee Lawrence Charles were arrested in December 2011, investigators found some $47,000 in cash and quarters in Bagarozzo’s home, including $40,000 hidden in his bedroom ceiling. James Bagarozzo rigged parking meters to facilitate his theft of more than $200,000 from the city of Buffalo, New York.

As a parking meter mechanic, Bagarozzo was supposed to service and repair the city’s 1,200 mechanical machines, but he didn’t have access to their coin canisters and was not authorized to collect money. Instead, he rigged the meters so that deposited quarters never dropped into the coin canisters. Then he retrieved the money for himself.

Beginning in 2003 and continuing until the time of his arrest years later, the 57-year-old stole thousands upon thousands of quarters, using bags in his car or his deep-pocketed work pants to transfer the loot to his home, where he rolled the change in coin wrappers and exchanged it for cash at the bank.

“The bank never suspected,” Gross said, “because Bagarozzo told the tellers he had a friend with a vending machine business. He developed such a good relationship with the bank tellers,” Gross explained, “that they eventually gave him boxes to use that held exactly $500 worth of quarters. He went to the bank several times a week with a $500 box of quarters and got cash in return.”

The scam might have continued indefinitely if not for the appointment of a new parking commissioner, who noticed a significant difference in revenue between the city’s mechanical meters and newer electronic machines. In September 2010, the city’s Division of Parking Enforcement began an investigation that expanded to include the Buffalo Police Department, and eventually the local authorities asked the FBI for assistance.

Bagarozzo and Charles—who is scheduled to be sentenced in two weeks—were caught on video committing the thefts on a daily basis. “Unless you were really paying attention,” Gross said, “it looked like they were fixing the meters. In reality, they were stealing from them.”

In September 2012, Bagarozzo pled guilty to theft from programs receiving federal funds and agreed to pay restitution of $210,000. According to the U.S. attorney who prosecuted the case, Bagarozzo used the meter money to pay for personal and family expenses.

“This case is a classic example of how public corruption strikes at the heart of government’s ability to serve its people,” said Richard Frankel, acting special agent in charge of our Buffalo Division. “We are gratified to see justice served in this case,” he said, adding that “the FBI remains vigilant against all forms of public corruption.”

Legal Attache situation in Manila, then and now.

New details about the case of serial killer Israel Keyes.