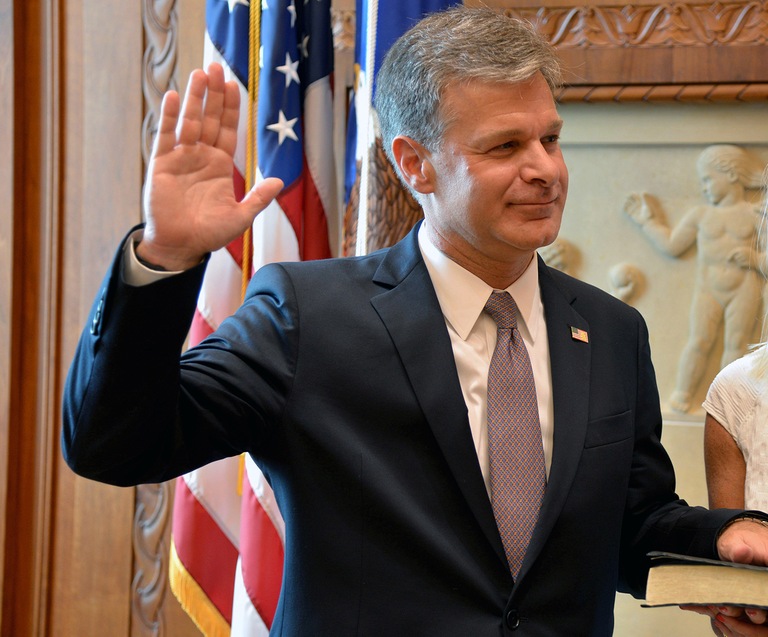 FBI Director Christopher Wray takes the oath of office during his swearing-in ceremony at the Department of Justice on August 2, 2017.

Christopher Wray was sworn in today as the eighth Director of the FBI in a ceremony at the Department of Justice in Washington, D.C. Attorney General Jeff Sessions administered the oath of office.

“It is the honor of a lifetime to serve as Director,” Wray said in a statement Wednesday. “I long ago grew to know and admire the FBI from my earliest days as a line prosecutor to my years as assistant attorney general. I am excited, humbled, and grateful, therefore, to have this chance to work side-by-side again with these fine professionals for the good of the country and the cause of justice.”

“Chris has the experience and the strength of character that the American people want in an FBI Director,” said Attorney General Sessions, adding that he looked forward to working with Wray every day to keep the country safe.

The FBI’s Honolulu Division established its Adopt-a-School program in 2009 in one of Hawaii’s most at-risk high schools, and students—and the community—have been reaping the benefits ever since.