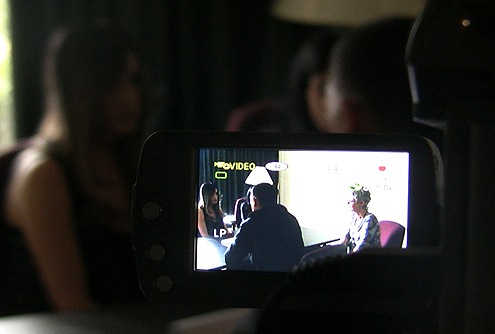 In a makeshift interview room in Northern Virginia, a girl was asked to describe how she became a crime victim. An older man she met on the Internet lured her into sending him nude pictures. And now an investigator was trying to build a case against the man.

In this scenario, the girl was an actress playing an underage teen and the investigator was an international police officer attending a two-week human trafficking course at the FBI Academy in Quantico. A key piece of the curriculum was learning how to properly interview child victims using techniques practiced by the child forensic interviewers in the FBI’s Office for Victim Assistance (OVA), where a forensic interviewer’s primary role is to further an investigation.

“The forensic interview is to gather statements that can be used in court,” said Martha Finnegan, one of four FBI child forensic interviewers who have developed a proven approach to questioning kids following crimes and traumatic events. “We actually have a research-based protocol that we follow that consists of multiple stages. And following the protocol makes the interview legally defensible in a court of law.”

Knowing what to ask—and what not to ask—is essential, as is knowing how to get young crime victims to open up. The recent training was for 17 law enforcement officers from four Central American countries. They were led through scenarios covering everything from where to conduct interviews and who should attend to how to open conversations and put young victims at ease.

The officers learned different techniques for building rapport with young children and older adolescents, all the while being reminded to balance investigative efforts against the conditions of the victims.

“One of the most important things, besides getting the information and the evidence, is also to do it in a way that doesn’t additionally traumatize that child,” said Kathryn Turman, program director for OVA. “We’ve actually found that it can be empowering to a child to be able to tell what happened and to be able to tell it soon.”

Mock interviews follow the two days of lectures. The officers, assisted by Spanish-speaking FBI interpreters, paired off with actors trained to exhibit specific victim behaviors, which included being less than cooperative. These officers spend their days facing down gang members and dangerous criminals, but quite often children are around when crimes occur. “So being able to talk to kids who are present in so many different situations is really a great skill to have,” Turman said.

In a room adjoining the interviews, classmates watched on closed-circuit television as their colleagues took turns trying to apply the protocol they just learned to a realistic interview. The underage girl who was solicited to send nude pictures was stoic and evasive, compelling her interviewer to modify his line of questioning until finally he made a connection. Each officer got to conduct two separate interviews, and each showed a marked improvement.

The FBI child forensic interviewers conduct scores of interviews each year and provide training and technical assistance to thousands of local, state, and federal partners. Finnegan said she hopes the officers will apply and share the FBI’s approach back home and keep evolving their skills.

“We’re hoping that they’re able to take some parts of our protocol and some understanding about the dynamics of exploitation away from this training,” she said.

An 11-year-old who witnessed a murder. A terrified teenager who watched her parent beat and lock her sister in a closet over a period of weeks. A 12-year-old lured by two men on the Internet to a rendezvous where she was raped.