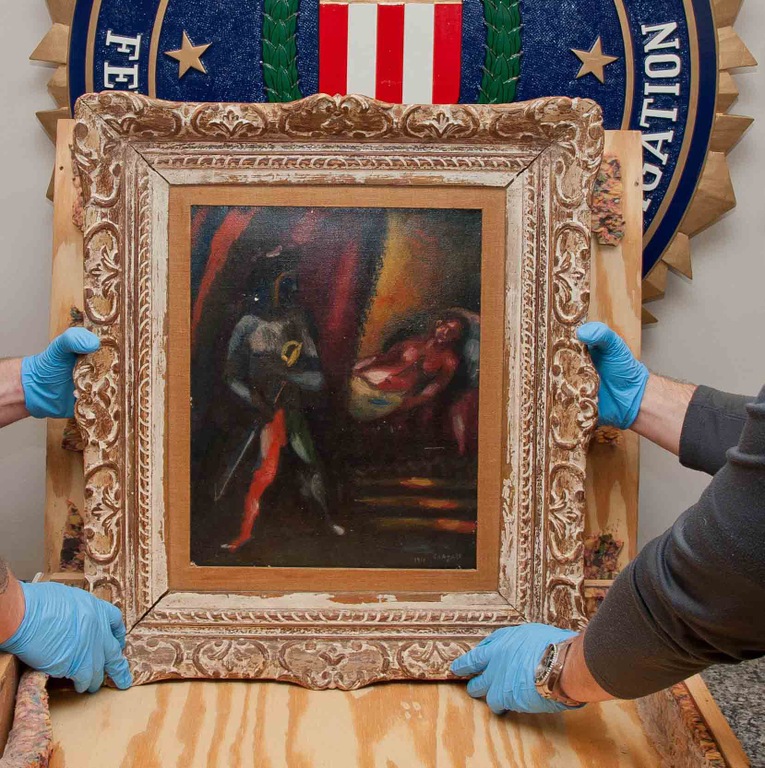 Personnel from the FBI’s Art Crime Team hold a framed work by Marc Chagall prior to its return to the owners’ estate nearly 30 years after it was stolen.

Nearly 30 years after an elderly New York couple’s 1911 painting by Marc Chagall was stolen from their Manhattan home, the modernist oil-on-canvas work is being returned to the family’s estate.

The painting, entitled Othello and Desdemona, was recovered last year after a Maryland man contacted the FBI’s Washington Field Office. The man’s repeated efforts to consign the painting had been rebuffed by a Washington, D.C., gallery owner who was suspicious about the lack of paperwork supporting the painting’s authenticity and provenance. The gallery owner suggested the man call law enforcement, which is how it became an FBI investigation.

“We took the case from there,” said Special Agent Marc Hess, one of a handful of FBI investigators on the Bureau’s specialized Art Crime Team. Hess said the investigation led to the man’s home in Maryland, where he had stored the painting in his attic for years in a custom box he crafted out of a door jamb and plywood. Hand-scrawled on the top of box were the words “Misc. High School artwork.” 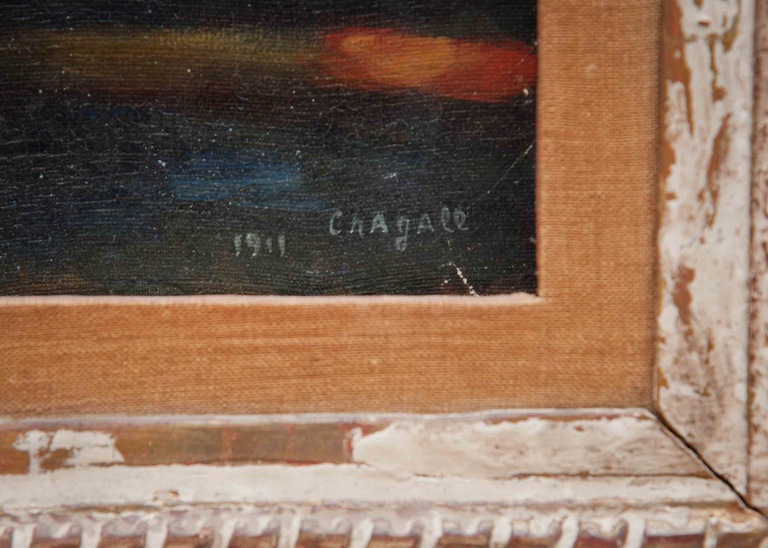 Marc Chagall painted Othello and Desdemona in 1911, when the Belarusian artist lived in Paris. 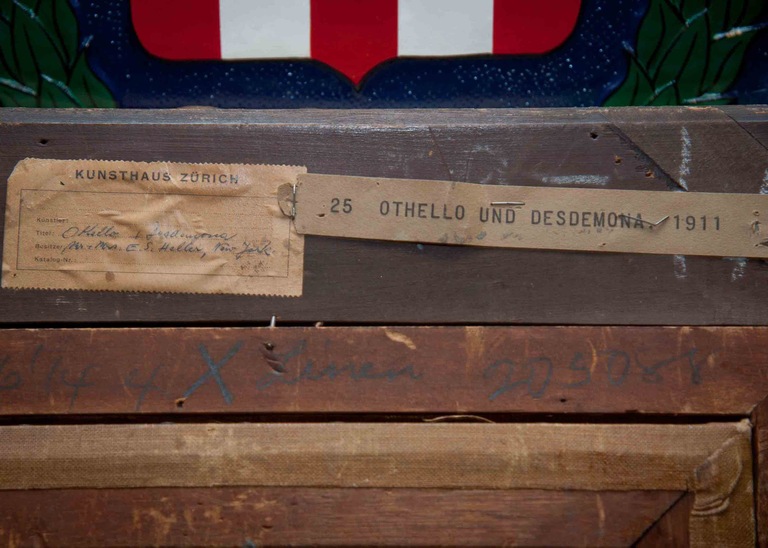 A label on the back of the Chagall painting shows it was exhibited at the Kunsthaus Zurich in Switzerland.

“It was an inside job,” Hess said. “A person who had regular access to the building was stealing from apartments while the tenants were away.”

“Well documented and known art is very hard to move once it has been stolen,” said Supervisory Special Agent Tim Carpenter of the FBI’s Art Crime Team. “Gallery owners are our first line of defense in identifying pieces of art that do not have the appropriate documentation and should be brought to the attention of law enforcement.”

“They went on vacation back in 1988,” Hess said. “They returned, and this work of art—along with several others—was missing.”

“The investigation into the other missing paintings continues,” Hess said. The Chagall painting, which until recently was still stored in the makeshift wooden box, will be returned to the Hellers’ estate, which plans to place it on auction. Proceeds will reimburse the insurance company that paid the theft claim years ago and be directed to several non-profit organizations supported by the estate, including an artists’ colony in New Hampshire.

“As the FBI returns this painting to the estate of its proper owners, we do so with the purpose of preserving history,” said Washington Field Office Assistant Director in Charge Nancy McNamara. “This piece of artwork is of significance not just for its monetary value, but for its place in the world of art and culture. The FBI continues to commit investigative resources to recover cultural property.” 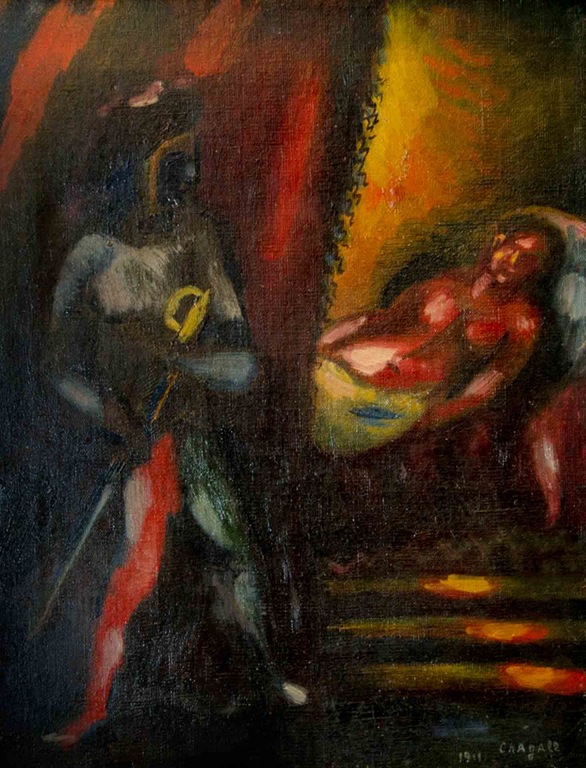 The painting, Othello and Desdemona, was recovered by the FBI in 2017, nearly 30 years after it was stolen in New York City in 1988.