A Cautionary Tale About Online Romance and Revenge 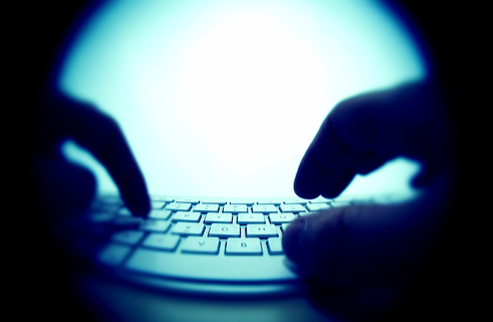 Brian Curtis Hile traveled to San Diego from Michigan in 2011 intending to kill a woman and her boyfriend after the pair had unwittingly gotten caught up in Hile’s virtual love affair.

Hile had been ensnared in a “catfishing” scheme—in which a person uses social media to pretend to be someone they’re not, typically to engage in misleading online romances. During the course of an Internet-only relationship that lasted two years, Hile exchanged explicit photos and romantic communications with someone he believed to be a woman. When he learned that “she” was actually a man living in South Africa, Hile became enraged and vowed to find the man who deceived him—and the woman whose images played a role in the deception.

“The woman in this case was a victim twice,” said Special Agent Steve Kim in our San Diego Division. Kim, a member of the Computer and Technology Crime High-Tech Response Team—a multi-agency task force that apprehends and prosecutes criminals who use technology to prey on victims—explained that when the woman was 18 years old, she took revealing pictures of herself for personal use, never intending for them to be seen publicly. Those photos were later stolen from her online account, which she was aware of. “But she had no idea what was being done with them,” Kim said.

Hile’s primary target for revenge was the man who duped him, but South Africa was too far away. So using what Kim described as “circular logic,” Hile went after the woman. “He knew she didn’t have anything to do with the romance scam,” Kim said, “but he believed she bore some responsibility. In his mind, the mere fact that those photos were used indicated that she was somehow responsible for what had happened to him.”

An avid Internet user and computer gamer, Hile was determined to learn the woman’s identity. He conducted an extensive online search and used hacking tools. “Eventually, he was able to hack into her e-mail account,” Kim said, and compiled detailed personal information about the woman and her live-in boyfriend as well as their extended family and friends.

Armed with her address, Hile purchased a bus ticket from Michigan to San Diego to exact his revenge. Fortunately, Hile’s family sensed that he was planning something and alerted authorities, which eventually led to Hile’s detention in San Diego—about a mile from the woman’s residence.

At the time of his arrest, he was in possession of the woman’s address, telephone numbers, and information such as her favorite restaurant. He also had duct tape, zip ties, and a to-do list that included obtaining a knife and chloroform.

“Had he gotten there,” Kim said, “we are convinced he would have hurt or killed the victims.” Hile was found guilty by a San Diego jury in August 2013.

Kim believes this case should serve as a cautionary tale for others. When it comes to social media sites, he said, “You really have to know the people you are communicating with. If you don’t absolutely know who’s on the other end, you shouldn’t be sending personal information or photographs. The Internet is an amazing thing,” he added, “but it’s also a very scary thing.”

Special Agent Steve Kim has seen too many young people—particularly teenage girls—fall victim to cyber crimes like stalking and sextortion, and he urges extreme caution for those who use the Internet and social media sites.

“Young people sometimes don’t understand the gravity of transmitting photos online,” he said. “Once images are out there, through texting, e-mail, or social media, it’s permanent.” The victim in the Brian Hile case, for example, never intended for her photos to become public. But when her online account was hacked, the photos were widely disseminated online. “It’s unlikely she will ever get those images off the Internet,” Kim said.

People should also be aware of the personal information they post on their social media sites, he added. Seemingly harmless information about likes and dislikes and where you go to school can be exploited by hackers and others with nefarious intent.

“Hile used that kind of information to create a dossier that made it easier to hack his victims,” Kim said. “They had posted so much personal information, Hile was able to use it to get even more information.”

The case of a hospital worker who knowingly exposed patients to the hepatitis C virus.