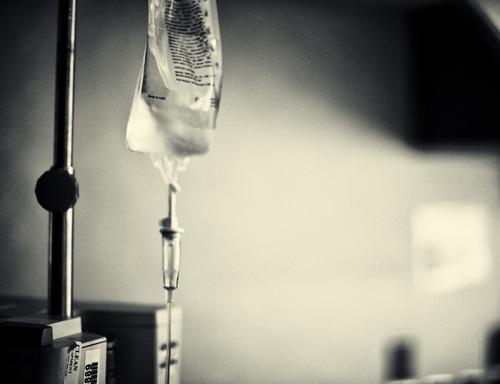 Imagine receiving a diagnosis of cancer and then having to go through chemotherapy or other intensive treatments. Then imagine finding out that you never had cancer in the first place and that your doctor—whom you trusted implicitly—merely used you in his scheme to fraudulently bill the federal Medicare program and private insurance companies for hundreds of millions of dollars.

That’s exactly what happened to patients of Dr. Farid Fata, a Detroit-area hematologist and oncologist. And it was not only cancer diagnoses. Some patients were told, wrongly, that they had other conditions which required expensive intravenous therapies, medications, and diagnostic tests—all of which jeopardized their health and well-being.

But after a thorough investigation by the FBI, Department of Health and Human Services’ Office of Inspector General (HHS-OIG), and the Internal Revenue Service-Criminal Investigations (IRS-CI)—and just before his trial was scheduled to begin—Fata recently pled guilty to 13 health care fraud crimes against his patients, as well as one count of conspiracy to receive kickbacks and two counts of money laundering.

Fata operated a cancer treatment clinic—Michigan Hematology Oncology, P.C.—which had multiple locations throughout Michigan. He also owned a diagnostic testing facility—United Diagnostics, PLLC—in Rochester Hills, Michigan. His case came to light in the summer of 2013, when allegations against him came to the attention of the U.S. Attorney’s Office for the Eastern District of Michigan and the Medicare Fraud Strike Force from the Department of Justice’s (DOJ) Criminal Division.

Because of the seriousness of the allegations and the potential risk to the health of Fata’s current patients and any future patients, FBI and HHS-OIG investigators, as well as Assistant U.S. Attorneys and DOJ Criminal Division prosecutors, moved quickly to collect corroborating information from employees in his practice. Within days, there was enough evidence to arrest him and shut down his businesses.

After his arrest, agents, prosecutors, and staff at each of the involved agencies worked around the clock to ensure that all of Fata’s patients—past and present—got their medical files so they could receive continued care. Investigators and prosecutors also contacted major medical centers in the southeastern Michigan area to ensure that Fata’s patients would be taken in quickly by new treating physicians.

In the months that followed, agents and prosecutors pored over billing data, medical records, financial records, and other materials recovered in searches of Fata’s businesses. In addition, agents interviewed hundreds of witnesses, including employees, former patients, and family members of patients.

Fata’s plea to the health care fraud charges, kickback conspiracy, and money laundering was the culmination of an intensive and extensive investigation. Some of the conduct he admitted to in his guilty plea included:

At his upcoming sentencing, Fata faces up to 175 years in prison on the charges he pled guilty to. The U.S. Attorney has stated that prosecutors intend to seek life.

Mexican extortion schemes threatening Americans are on the rise and increasingly sophisticated.