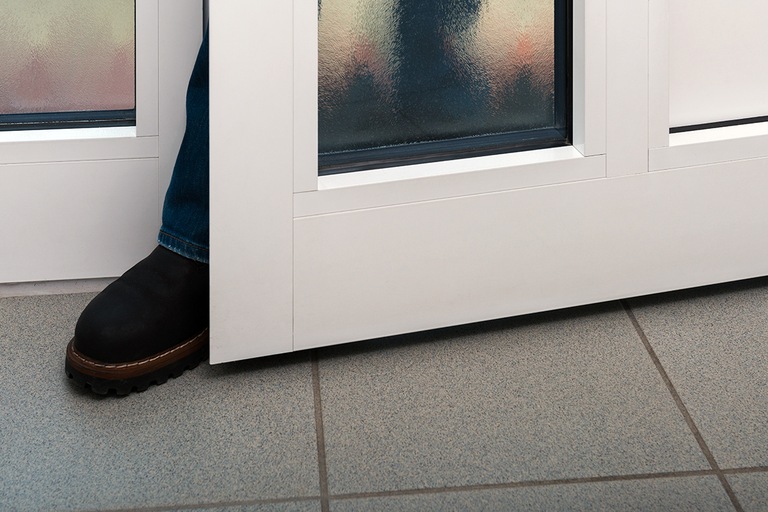 The group of friends in their late 20s had known each other since high school and called themselves the “Jedi Knights.” The name was based on the Star Wars movie characters who used “the Force” to bring balance and harmony to the universe. These Jedi Knights, however, were more interested in forced entry—as in burglary.

By their own accounts, the robbery crew loosely based in New York state committed several hundred home break-ins up and down the East Coast during 2011 and 2012. In February 2012, two of the Jedi Knights, Jason Gatto and Michael Simpson, chose a modest-looking house in Salisbury, Connecticut, where no one seemed home. They knocked on the front door. If someone answered, the pair, professionally dressed in shirts and ties, would make up a story about why they were there. If no one was home, which was the case—the victim and her husband’s primary residence was in New York City—the plan was to go to the back of the house and break in.

The half-dozen principal members of the burglary crew all had Jedi Knights tattoos on their arms, and the thieves had a code of conduct: All proceeds were split evenly among the group, and members vowed to never snitch if arrested. Their strategy was to steal cash, jewelry, and weapons, and leave just about everything else behind.

Inside the Connecticut home that winter day, Gatto and Simpson discovered a linen closet that contained inexpensive plastic containers—similar to fishing tackle boxes—full of jewelry. Because of the cheap containers and where they were located, the men believed the roughly 250 rings, watches, bracelets, and brooches were fakes. They took the jewelry, but as they drove away from the home, they threw a number of pieces out the car window.

It was only later, after Simpson’s girlfriend and accomplice got a look at the jewelry—pieces made by Cartier, Tiffany, and Van Cleef—that the Jedi Knights began to understand that they had made the heist of their lives.

“It was dumb luck that they came up with such a valuable haul,” said Special Agent Jennifer Berry, who investigated the case from the FBI’s New Haven Division along with the Connecticut State Police. “They had never hit the jackpot like they did this time.”

The total estimated value of the jewels was $2.5 million. Gatto, Simpson, and Simpson’s girlfriend, Martha Dahl, went to North Carolina with the jewelry, where a fellow Jedi Knight, Miguel Mead, later met them. The pieces were distributed among the group, who began to sell them to pawn shops, fences, and other buyers.

“It was dumb luck that they came up with such a valuable haul. They had never hit the jackpot like they did this time.”

“They sold the jewels in Nevada, California, North Carolina, all over the country,” Berry said, “and for a fraction of what they were worth—it was pennies on the dollar.” Investigators picked up the Jedi Knights’ trail, Berry explained, when stolen items started turning up. “We were notified when a Cartier watch that belonged to the victim showed up at a pawn shop in Beverly Hills, California.”

That watch led investigators to Dahl, and later to the other members of the burglary crew. In January 2016, Gatto was arrested for his role in the Connecticut robbery, and two months later the Jedi Knights ringleader pleaded guilty to one federal count of conspiracy to transport stolen property.

Eventually, Simpson, Dahl, and Mead also pleaded guilty in connection with their roles in the Connecticut theft. In February 2016, Mead was sentenced to 41 months in prison. In August 2016, Gatto received a 40-month term. Simpson and Dahl await sentencing.

After the burglary, police recovered some of the stolen jewelry that Gatto and Simpson had discarded along Route 41 in Salisbury. But the majority of the pieces were never recovered.

“What’s sad,” Berry said, “is that much of the jewelry had belonged to the victim’s grandmother, and it had tremendous sentimental value.” A one-of-a-kind brooch signed by the artist and valued at $65,000, for example, was lost forever because the Jedi Knights sold it to a smelter for under $1,000. “That’s what they did with a lot of the pieces,” Berry said. “They sold them for the weight of the gold and they were melted down.”

The FBI is hosting a Facebook Live event today at 12 p.m. EST to discuss how the unique skills and experience gained through prior military service can be directly applied to a career as an FBI special agent.

A former Chicago assistant transportation commissioner is serving a 10-year sentence for his role in a long-running corruption scheme involving the city’s red-light camera contracts.