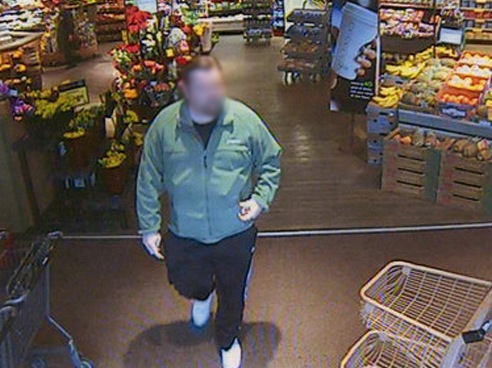 During a seven-month stretch of shoplifting, John Patrick Weismiller earned $43,200, which represented more than $73,000 in retail losses. He re-sold merchandise through online auctions.

An Oregon man described by prosecutors as a professional shoplifter was recently sentenced to a year and a day in federal prison in a case that illustrates the serious problem of retail theft at the hands of so-called “boosters.”

John Patrick Weismiller was sentenced in March for shoplifting from Portland-area retail stores and then selling the stolen merchandise on eBay for a handsome profit. In the seven-month period between January and July 2011, he repeatedly visited Oregon stores such as Safeway, Target, and Best Buy and boosted health and beauty products, over-the-counter pharmaceuticals, and other items—usually by stuffing the products under his clothing.

Weismiller then sold the stolen merchandise online, often at half the price of its retail value. During that seven-month period, he earned $43,200, which represented more than $73,000 in retail losses.

Our organized retail theft program at FBI Headquarters focuses on the most significant retail theft cases involving the interstate transportation of stolen property. In most instances, these investigations involve organized theft groups, but Weismiller’s case was different because he was a lone operator.

“Normally, a single booster like this is handled by local law enforcement,” said Special Agent Joe Boyer, who works out of our Portland Field Office. “But when we have this kind of prolific thief and the U.S. Attorney is willing to prosecute the case, the FBI is happy to get involved.”

Boyer noted that most professional boosters have little fear of going to jail for retail theft, because their crimes are non-violent. Often when a booster is caught shoplifting from a retail store, he or she is cited with a fine and released.

Safeway’s loss prevention team documented Weismiller stealing merchandise from its stores 105 times in early 2011. Despite being stopped and forbidden to return to Safeway outlets in July 2011, he was observed just two days later shoplifting at a different Safeway store. Prosecutors noted that between May 2006 and May 2011, the 41-year-old Weismiller listed 6,681 items for sale on eBay, including hundreds of packages of Crest Whitestrips.

Working with Safeway’s loss prevention personnel and local law enforcement, FBI agents were able to tie the stolen goods and online sales to Weismiller. He pled guilty to the thefts and, after his prison sentence, must serve three years of supervised release and pay restitution of nearly $21,000.

“Law-abiding citizens bear the cost of organized retail theft every time they make a purchase, paying a higher cost for goods than they would otherwise,” said Greg Fowler, special agent in charge of our Portland office. “The FBI and its retail partners work to disrupt these groups by identifying and investigating the most egregious offenders and insuring they are held accountable.”

“This guy was incredibly brazen,” Special Agent Boyer said. “He was making his living doing this. This was his full-time job. He lived in a nice house in the suburbs with his wife and kids. If you lived next door,” he said, “you would have no idea he was a thief.”

Boyer added, “The fact that Weismiller is now in prison should send a message to other boosters who think they are flying under the legal radar: the FBI is serious about these crimes, and professional shoplifters will end up behind bars.”

An 11-year-old who witnessed a murder. A terrified teenager who watched her parent beat and lock her sister in a closet over a period of weeks. A 12-year-old lured by two men on the Internet to a rendezvous where she was raped.

Federal bankruptcy proceedings can be a lifesaver for honest individuals overwhelmed by debt as a result of unemployment, a medical crisis, divorce, disability, or any number of other legitimate reasons.