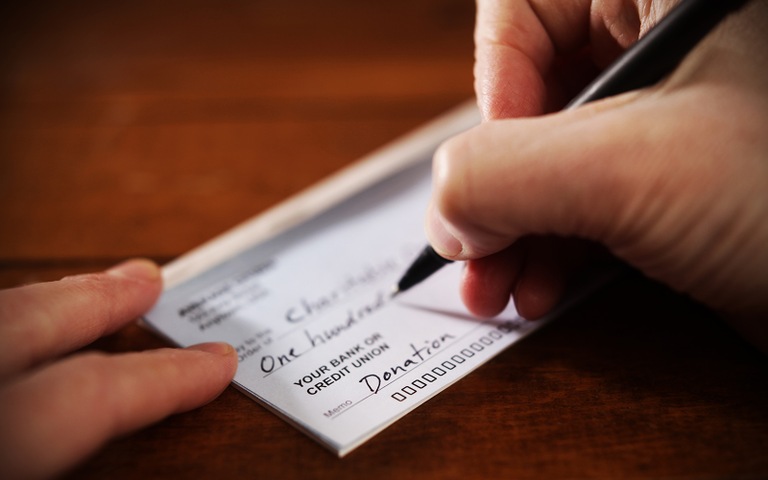 Charity scams are sadly common; after high-profile disasters, there are often reports of fraudulent charities seeking to take advantage of those who want to help. The National Center for Disaster Fraud received more than 400 complaints of fraud after Hurricanes Harvey and Irma last year. And in the recent wake of Hurricanes Florence and Michael, donors should remain vigilant about this type of fraud.

Yet Georgia fraudster Kai Brockington took a different—and rather lucrative—approach to charity fraud. Rather than stealing from individual givers, he convinced (or paid) people to lie to their employers about donating to his charity so he could pocket the matching funds provided by their companies.

“He created a real charity on paper, but it never actually did anything other than line his own pockets,” said Special Agent James Harter of the FBI’s Atlanta Division, who worked this case alongside investigators from the Internal Revenue Service and U.S. Postal Service.

Brockington set up a charity known as Our Genesis Project that claimed to create community medical clinics and other facilities to serve those in need. He registered the organization as a charity with both the state of Georgia and the Internal Revenue Service.

He then tricked his own employer into matching his donation and also got several friends and associates to provide fake documentation to their own employers stating that they had donated thousands of dollars. The companies then matched the donations, which went directly to Brockington. In many cases, he actually paid the donors a portion of his ill-gotten gains—an indication that his charity was a scam.

Brockington received $668,000 in donations over about four years, which he spent on himself and his family.

“He created a real charity on paper, but it never actually did anything other than line his own pockets.”

“Not one penny went to anything charitable,” Harter said. “He bought expensive clothes, shoes, and jewelry. He took his family to Italy and on several extravagant vacations.”

The FBI was eventually tipped off by a bank regarding suspicious activity on the charity’s account and began looking into Our Genesis Project. Harter noticed that the charity’s website was constantly under construction, and there was no other evidence of anything charitable occurring. When interviewed, Brockington admitted his scheme. He pleaded guilty in May to tax fraud and mail fraud and was sentenced in August to 41 months in federal prison.

Harter said well-meaning businesses that did not check into the charities they were sending matching funds to was a major factor in Brockington’s successful swindle. Many of the “donations” made to the charity were obviously beyond the means of the employees who made them—in two cases, employees claimed to have donated $100,000.

“If the employee’s income wouldn’t reasonably cover a charitable donation, the employer should probably ask where that money is coming from before matching the donation,” Harter said.

Given that companies have limited budgets to provide to their charity-matching programs, Harter said this case was important to pursue.

“It’s definitely rewarding to stop someone who was not just stealing from a big company, but stealing money the company would have given to a legitimate charity,” Harter said. “That makes it a very rewarding arrest and conviction.”

The mastermind of a $2 million scareware scheme that targeted readers of a Minneapolis news website has been sentenced to nearly three years in prison.