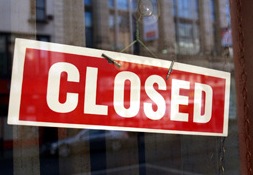 For years, the St. Paul Croatian Federal Credit Union in Eastlake, Ohio—about 30 miles northeast of Cleveland—had provided financial support to Croatians who had settled in the area and to others in the community. Through loans and additional services, the credit union helped many achieve their dreams of owning a home or business.

That all came to an end in April 2010, when the institution was placed into conservatorship and declared insolvent by the National Credit Union Administration—the independent federal body that oversees federal credit unions.

The failure of the St. Paul Croatian Federal Credit Union, or SPCFCU, was one of the largest credit union collapses in American history, but it didn’t have to happen. Much of the blame has been placed squarely on the shoulders of its chief operating officer, Anthony Raguz, who over a 10-year period accepted more than $1 million worth of bribes, kickbacks, and gifts in exchange for issuing a thousand fraudulent loans valued at more than $70 million. Last month, Raguz was sentenced to 14 years in prison on charges of bank fraud, money laundering, and bank bribery and was ordered to pay $71.5 million in restitution.

After the loans were issued, most borrowers made little effort to pay them back. To prevent these loans from appearing as delinquent on the books, Raguz directed the credit union to issue so-called reset loans (new loans made to cover delinquent payments on old loans) in the names of other SPCFCU members with active or even inactive accounts, deceased SPCFCU members, and fictitious businesses. Raguz even let some of the borrowers of the original fraudulent loans obtain additional loans.

The crooked borrowers didn’t get off scot-free: so far, 16 have been convicted on various fraud charges. Some of the more prolific individuals include:

The impact of the credit union failure was significant: Because the credit union was federally insured, innocent investors with accounts of $250,000 or less were fully reimbursed. But some members with more money in their accounts—including some businesses and other institutions—were not reimbursed beyond that amount and ended up losing hard-earned dollars. And aside from the financial losses, the community lost an invaluable resource that had helped so many for so long.

Special thanks to the Cleveland office of the Internal Revenue Service-Criminal Investigation Division and the Eastlake Police Department for working this case with our Cleveland Field Office.