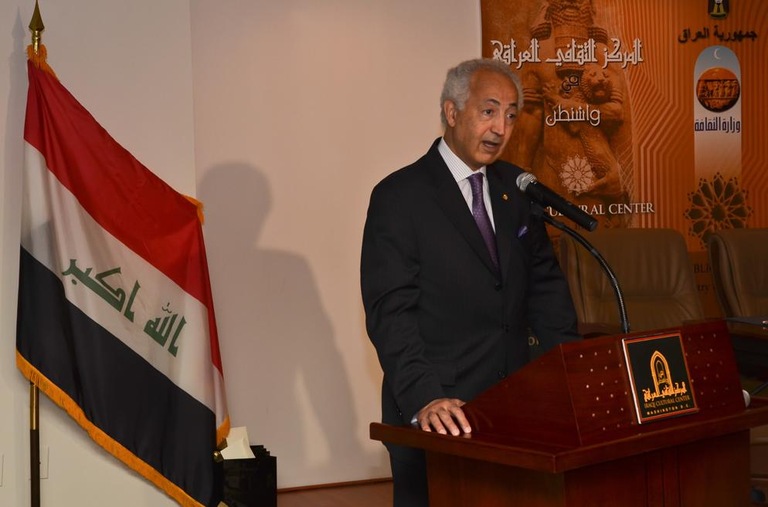 Iraqi Ambassador to the United States Shakir Mahmood Sumaida’ie expressed his gratitude to the FBI and U.S. Immigration and Customs Enforcement.

Terracotta plaques and other artifacts seized during a 2006 investigation were returned to the government of Iraq today in a Washington, D.C. ceremony that celebrated a successful law enforcement operation and the cultural significance of antiquities that are thousands of years old.

“These artifacts are truly invaluable,” said Ron Hosko, special agent in charge of the Criminal Division in our Washington Field Office. “The FBI is pleased to be able to return them to their rightful owner.”

The artifacts—some small enough to be held in the palm of one’s hand—were seized during a public corruption investigation conducted by our International Contract Corruption Task Force, a multi-agency task force whose mission is to stop fraud and corruption related to U.S. reconstruction efforts in Iraq, Afghanistan, and elsewhere overseas.

The artifacts were illegally taken in 2004 by Department of Defense contractors who were traveling through the Babylon region of Iraq. Investigators learned that the contractors collected the items and used them as gifts and bribes or sold them to other contractors who then smuggled them into the United States. Two of the contractors were sentenced to prison for their roles in the fraud scheme.

“The FBI is committed to identifying and preventing corruption and contract fraud no matter where it takes place,” Hosko said during the ceremony at the Iraqi Cultural Center. “Working abroad does not entitle anyone to remove historic artifacts and treat them as mementos for illegal sale.”

Iraqi Ambassador to the United States Shakir Mahmood Sumaida’ie expressed his gratitude to the FBI and U.S. Immigration and Customs Enforcement, which also returned items from a separate case. As Iraq works to “reconstruct our country and our heritage,” the ambassador said, “We are grateful for the cooperation from the American authorities.”

Agents on the FBI’s art crime team—who receive specialized training in art and cultural property investigations—were called in recently to help authenticate the artifacts and to facilitate their return to Iraq.

The items include two pottery dishes, four vases, an oil lamp, three small statues, and the seven terracotta relief plaques. They range in age from 2,500 to 4,000 years old—from the Old Babylonian period to the Neo-Assyrian or Neo-Babylon periods.

The terracotta plaques were made with clay and pressed into a mold that was then fired in an oven. Although it is not clear exactly how the plaques were used, experts believe they were thought to provide magical protection against evil or sickness. The plaques depict a warrior goddess, a woman with child, and two boxers, among other scenes, and could have been carried for personal devotion or displayed in temples or buried in foundations of buildings.

It was the looting of the Baghdad Museum in Iraq in 2003 that led to the formation of the FBI’s art crime team the following year. “We realized then that we needed a group of agents who were specially trained in the area of stolen and looted art,” said Bonnie Magness-Gardiner, who manages our art theft program. Since its inception, the art crime team has recovered more than 2,600 items valued at over $142 million.

Hosko added that the recovery of the antiquities during a case focused primarily on public corruption illustrates how the FBI’s intelligence-driven approach to investigations often leads to uncovering additional criminal activity.