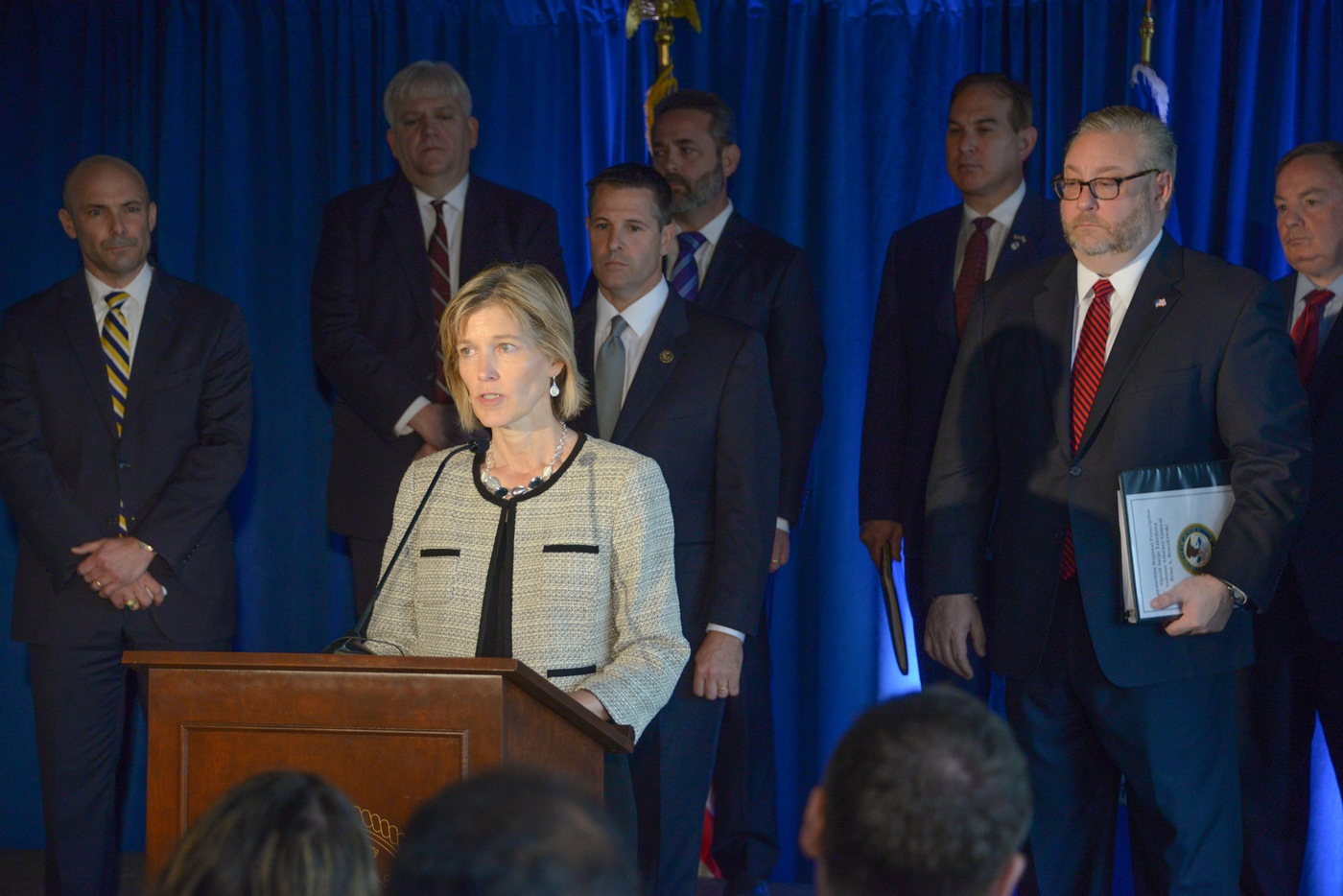 FBI Executive Assistant Director Amy Hess is joined by partner agency officials at a press conference in Cincinnati where charges were announced against 60 defendants as a result of a takedown by the Appalachian Regional Prescription Opioid (ARPO) Strike Force.

The FBI and Department of Justice today announced criminal charges against 60 defendants—including 53 doctors, pharmacists, nurse practitioners, and other medical professionals who allegedly gave thousands of opioid prescriptions to addicted patients, essentially acting as their patients’ drug dealers. The effort is the largest law enforcement action to date against illegal opioid prescribers, officials said.

The arrests and charges are among the first cases brought against medical providers as part of the Appalachian Regional Prescription Opioid (ARPO) Strike Force, a team of federal investigators and prosecutors who are working to investigate illegal opioid prescription distribution in the areas of the country hardest hit by opioid addiction.

“Using the strike force model, we have now focused our resources on a region of the country which arguably has suffered the most from egregious prescription opioid diversion schemes,” FBI Executive Assistant Director Amy Hess said at news conference today in Cincinnati, where the charges were announced.

Formed last October, the ARPO Strike Force operates in Cincinnati, Louisville, Pittsburgh, Knoxville, Memphis, and Birmingham to investigate illegal opioid prescriptions in the surrounding areas. ARPO is an extension of the Department of Justice’s Health Care Fraud Strike Force, which investigates and prosecutes Medicare fraud nationwide in partnership with the FBI, the U.S. Department of Health and Human Services, and the Drug Enforcement Administration.

“The ARPO strike force is going after doctors who act like drug dealers,” said FBI Criminal Investigative Division Health Care Fraud Unit Chief Steven Blaum. “Our focus is on the doctors because the sheer volume of pills they can prescribe can have a significant impact on their communities in terms of access to illicit opioids. By removing just one bad doctor, we can stop the addiction cycle before it starts.”

Among the defendants charged are two Kentucky doctors—one who is accused of giving his staff blank pre-signed prescriptions to provide to patients, and another whose friends paid for opioid prescriptions. A Tennessee doctor is accused of prescribing opioids in exchange for sex. And a group of Ohio pharmacists are charged with operating a “pill mill” that dispensed 1.75 million opioid pills in two years.

Frank Sprenz, a former Ten Most Wanted Fugitive and prolific criminal who, among other offenses, stole small planes and flew to various cities to evade the law, was arrested 60 years ago this week.