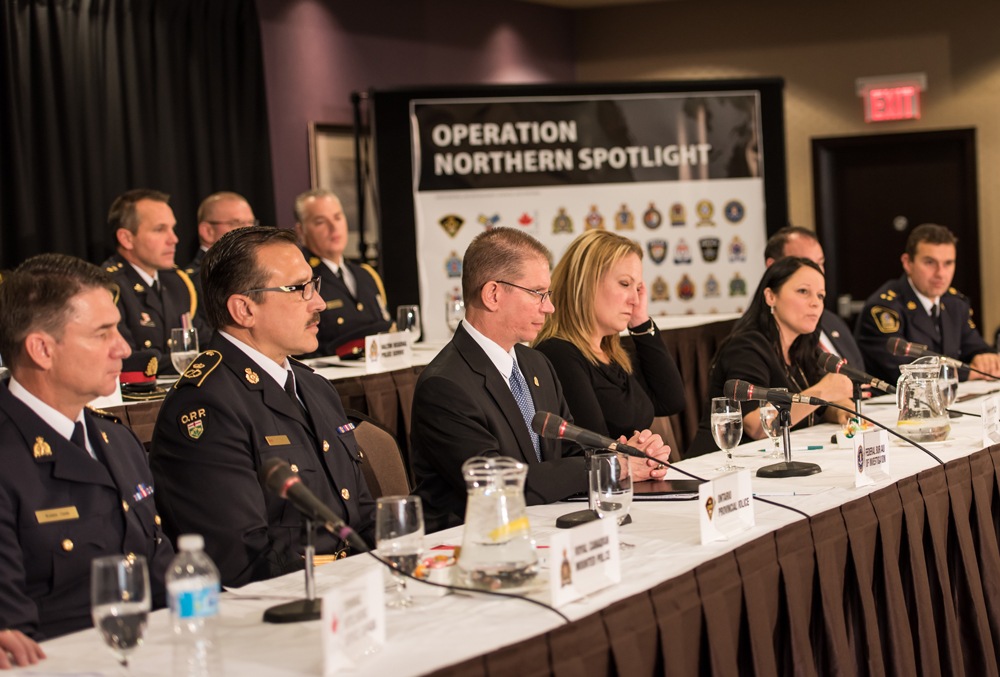 Law enforcement officials from across Canada announced the results of Operation Northern Spotlight, a human trafficking investigation carried out earlier this month in conjunction with the FBI’s Operation Cross Country efforts. Joseph Campbell (center), assistant director of the FBI’s Criminal Investigative Division, took part in the press conference, held in Toronto on October 22, 2015.

The FBI joined law enforcement officials from across Canada in Toronto yesterday to announce the results of Operation Northern Spotlight, a human trafficking investigation that led to the recovery of 20 sexually exploited juveniles and the arrests of numerous individuals.

The Canadian operation—carried out by 40 police agencies and hundreds of law enforcement officers—was conducted as a parallel action with the FBI’s Operation Cross Country, the results of which were announced earlier this month.

“Human trafficking is a very serious criminal threat that often targets the most vulnerable—our children,” added Joseph Campbell, assistant director of the FBI’s Criminal Investigative Division. The collaboration between U.S. and Canadian law enforcement to fight trafficking, he explained, is essential.

Operation Cross Country is part of the FBI’s Innocence Lost National Initiative. Since its creation in 2003, the Innocence Lost program has resulted in the identification and recovery of approximately 4,800 sexually exploited children. And prosecutors have obtained more than 2,000 convictions of pimps and others associated with these trafficking crimes. 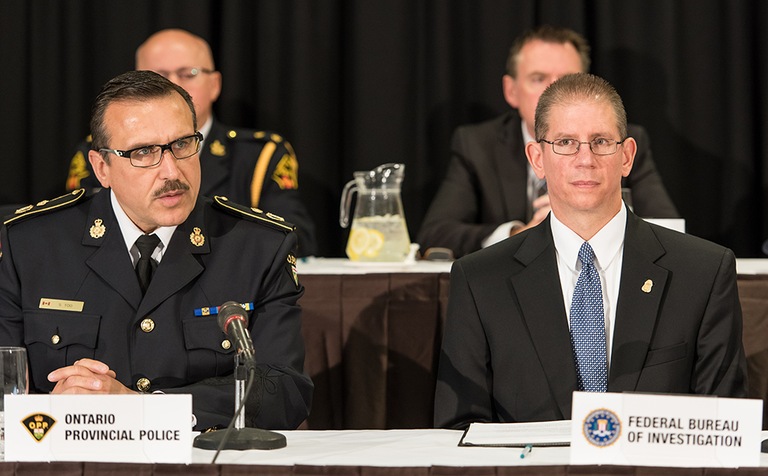 Scott Tod, deputy commissioner of the Ontario Provincial Police (left) and Joseph Campbell, assistant director of the FBI’s Criminal Investigative Division, stressed the importance of collaboration in fighting human trafficking and the sexual exploitation of children.

During last year’s Operation Cross Country, Campbell said, “I met with our Canadian law enforcement partners, and we agreed that this mission was so critical and important that it should be a unified effort between our two countries.”

That collaboration resulted in parallel enforcement actions that took place across the U.S. and Canada in early October, with both countries sharing intelligence and best practices to run successful operations that led to the recovery of child victims from truck stops, hotels, clubs, and casinos. The Canadian effort led to charges against 47 individuals and the recovery of victims who were mostly under the age of 19—some as young as 14.

Yesterday’s press conference in Toronto included law enforcement personnel from OPP, the Royal Canadian Mounted Police, Ottawa Police Service, and numerous other Canadian law enforcement agencies. Also on hand were representatives from a child advocacy center and a recovered victim of the sex trade who now advocates on behalf of those who are trafficked and sexually exploited.

“It is vitally important that we continue to mobilize to raise awareness about human trafficking and to enhance public safety at the community level,” Tod said.

Campbell agreed. “Operation Cross Country and Operation Northern Spotlight are so important because they maximize the impact in combating the threat and they draw attention to this serious problem. I am proud to stand here today with my Canadian partners.”

Director Comey continues efforts to further the discussion on race and law enforcement.

Director Comey testified before the House Judiciary Committee on current Bureau efforts in a wide variety of priority investigative programs and initiatives.