Caught Pawning His Own ‘Stolen’ Diamonds 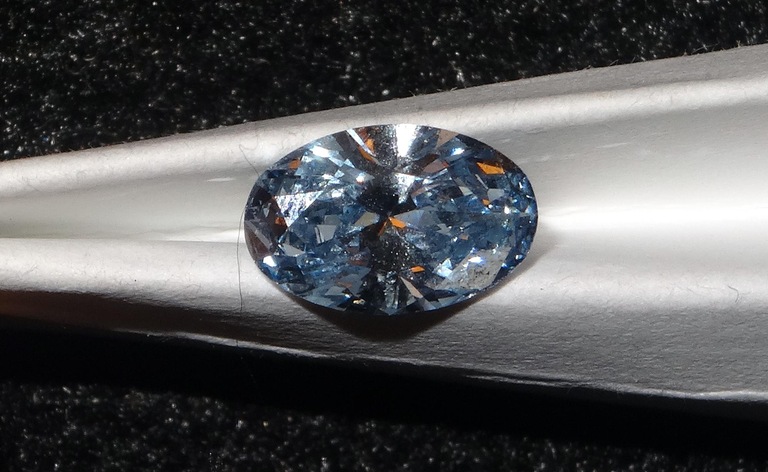 A warning to criminals: No matter how long it takes or how careful you are, law enforcement will eventually come knocking.

Back in December 2004, local police responded to a report of an armed robbery at a jewelry store in Mountain Brook Village, Alabama. The account from the store’s owner—Joseph Harold Gandy—was a frightening one: Two men had entered just before closing time, first asking to look at an expensive watch but then pulling out guns and threatening the owner and his employee. They tied up the employee, forced Gandy to empty the contents of the display cases into a bag, and then tied up the owner and fled the store with the stolen merchandise.

After a months-long investigation, the Mountain Brook Village Police Department began to think that the robbery may have been an inside job. Even though the store was located on a very busy street, there were no other witnesses to the crime. The robbers had conveniently taken the store’s security camera. Not long before the robbery, the owner had increased his insurance coverage. And most of the stolen jewelry items had recently been added to the store’s inventory, on consignment from jewelers in New York and elsewhere for a “loose diamond sale” just before the holidays.

Sapphire and diamond necklace with a 27-carat ceylon blue sapphire worth $91,000.

Investigators from the Mountain Brook Village Police Department took their suspicions to the Birmingham FBI Office and asked for assistance. But over time, investigative efforts weren’t able to uncover any hard evidence of what local police suspected. That is, until 2013, when we received a tip that Gandy had begun pawning some of the diamonds he had reported stolen nine years earlier.

His first attempt, in July 2013, was unsuccessful. Gandy had asked a friend to take a one-and-a-half carat diamond to another jewelry store to pawn it. The very conscientious jeweler at that store asked for documentation and began looking at the stone a little too closely. Gandy had concerns that the diamond might bear a unique laser inscription (certain numbers, letters, logos, etc.) that would enable the jeweler to trace its origins—so the transaction was not completed. Going forward, Gandy made sure that he first examined the diamonds he was trying to pawn under a microscope and selected ones without inscriptions.

Between August and November 2013, Gandy’s friend pawned two more large diamonds: a 3.45-carat one and a 2.16-carat one. Both stones were on the stolen inventory list Gandy had sent to his insurance company in 2004.

By November 2013, law enforcement had what it needed to go after Gandy. Armed with a search warrant, the FBI and the Vestavia Hills Police Department went to his Vestavia Hills home and recovered some of the jewelry he had previously reported stolen. As a bonus, we also found a cache of 99 weapons in the home—Gandy, convicted on a federal mail fraud charge years earlier, was prohibited from possessing firearms.

Last month, as part of a plea agreement, Gandy was sentenced to a federal prison term on charges of money laundering related to the pawning of or property worth more than $10,000 that he had obtained through a criminal act. That criminal act? Wire fraud, which he committed nine years earlier when he submitted his phony insurance claim. He was also charged with the firearms violation.

We were never able to determine why Gandy waited so long to pawn the jewelry he had bogusly reported as stolen, but we do know that he told an acquaintance he wanted to open an additional jewelry store. However, thanks to the cooperative efforts of all the agencies involved, and the assistance of the U.S. Secret Service, we were able to uncover and hold Gandy accountable for his illegal and dishonest actions.