Michigan Subject Gets 30 Years in Prison 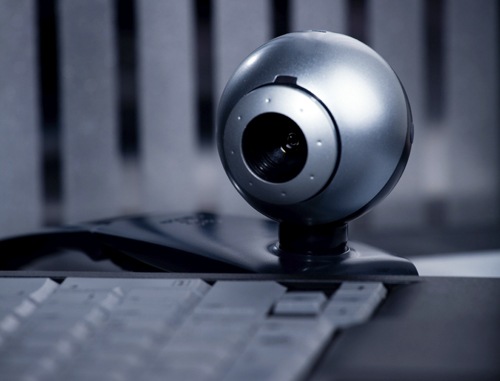 According to the federal judge who heard the case, the defendant’s conduct was “about as serious as it gets,” and that on a scale of one to 10, she believed the case was “way past 10.” Then she sentenced the defendant—James Alfred Beckman, Jr. of Grand Rapids, Michigan—to 30 years in prison.

What crimes moved the judge in this case to hand down such a substantial prison term? Multiple counts of attempted sexual exploitation of a child, attempted coercion of a child, and receipt and distribution of child pornography. And in addition to the lengthy prison stay, the judge also imposed a lifetime term of supervised release on the defendant once he gets out, ordering that he register as a sex offender.

The success of this case, as with many investigations involving the FBI, can be attributed to the close working relationship between Bureau investigators and our partners—in this instance, troopers from the Michigan State Police (MSP) and prosecutors from the U.S. Attorney’s Office for the Western District of Michigan. The agencies’ seamless interactions resulted in the incarceration of an individual who posed a very dangerous threat to children.

The investigation into the illicit activities of Beckman began in September 2012, when a woman came to the MSP with allegations that Beckman had sexually abused her young child. The youngster reported that during the abuse, a computer and webcam had been present. Troopers opened a case and involved the state’s Child Protective Services to conduct interviews of the young victim and another child by an expert who is specially trained to interact with children who are victims of crime.

MSP investigators interviewed Beckman and performed forensic exams on his computers. The examination of Beckman’s work laptop turned up not only photos of child pornography but also evidence of a network of individuals trafficking in child pornography. It was at that point—when the MSP determined that Beckman’s activities had spread outside the state of Michigan—that FBI assistance was solicited, and we opened a case in October 2012.

Continuing to work together, the MSP and FBI obtained evidence of online chats that Beckman had with others in his child pornography network. During many of the chats, Beckman was soliciting individuals who were conducting sexual acts with children, usually encouraging conversations about these activities and exchanging pornographic images and videos with them. Working to identify those in the network, the Bureau sent out leads to a number of our field offices around the country and several of our legal attaché offices overseas.

A unique set of circumstances surrounded the sexual exploitation charges. Evidence presented at trial showed that Beckman sexually abused and exploited two young children, and he streamed and attempted to stream live video of this abuse and exploitation to others. Because he streamed his child pornography via webcam, we had no images or videos to enter as evidence. However, we managed to track down a number of people Beckman streamed to—and two of them testified against him in court. One of those two individuals was charged, pled guilty, and was sentenced to a 12-year prison term. Charges are pending against the second.

After a two-week trial during which one of the young victims testified against Beckman from a room outside the courtroom, a jury found the defendant guilty on 15 of the 16 charges against him.

African cyber criminals have devised a scheme that has cost U.S. retailers millions.

A look at how the National Cyber Investigative Joint Task Force confronts the cyber threat.