The 22 fifth-graders who participated in a Junior Special Agent Program last summer sponsored by the FBI’s San Diego Field Division live in a tough neighborhood, and few of them have a permanent place to call home.

“We chose the Monarch School because it’s in one of our high-crime areas,” said Cheryl Dorenbush, a community outreach specialist in our San Diego Office who organized the program. “Every kid in the class was in some stage of homelessness. Most were in shelters or temporary housing, and some were living out of cars. This is where we thought we could have the biggest impact.”

The Junior Special Agent Program—one component of the Bureau’s Adopt-A-School Program—aims to give fifth- and sixth-graders in disadvantaged neighborhoods the information, skills, and discipline they need to stay away from gangs, drugs, and crime. Along the way, students learn about the FBI and the ways in which law enforcement helps to serve and protect their communities.

One of the most important pieces of information the 10- and 11-year-old San Diego students received was simple but powerful: Where you start in life doesn’t have to dictate where you end up. And one FBI employee who took part in the program drove that point home when she arrived in the classroom.

Special Agent Josie Regula grew up two blocks from the Monarch School in the Logan Heights section of San Diego. Her family was poor, and as a young girl, Regula saw that gang members seemed to have the most power and get the most respect in the neighborhood. She told her mom she wanted to join a gang.

Speaking to the students in Spanish, Regula told her story: How, thanks to her mom, she didn’t join a gang, and despite the odds, she eventually went to college and later joined the FBI (see sidebar).

“A lot of kids’ role models are older siblings, and those siblings can turn out to be gangsters and criminals and drug dealers,” Regula said. “I tell the kids, ‘You don’t have to do that.’ Many of these kids are never told they can be more than their older brother.”

“My goal is to make sure they understand there is an option out there to move forward,” she explained. “You can achieve great success, as long as you make good decisions and don’t let people tell you what you can’t do.”

“A lot of these children don’t have positive role models,” she added. “The neighborhood they live in is a very rough area, heavily populated by gangs, with drugs and crime. Lots of parents are working two jobs and don’t have time to be with their children. The kids need to hear this message.”

During the 11-week program, FBI employees and members of other law enforcement organizations visited the students and taught them how to use their brains to avoid the dangers of drugs and gangs, to stay safe online, and to recover and analyze evidence from a crime scene. Students also learned about the FBI’s core values, such as honesty and integrity.

“The agents were amazing,” said teacher Kristin Dragomire. “They dove in and talked to the kids and answered all their questions. It wasn’t like they were just coming in and giving a lecture about their jobs.”

She added, “Most of the students have a parent who is incarcerated, brothers and sisters who have been arrested. Many have experienced domestic violence where law enforcement has become involved. So they are used to seeing law enforcement in the context of traumatic situations. This was a very different and welcoming experience for the kids.”

The students—some of whom had never exercised in an organized way before—also committed to an “Agent Boot Camp” three days a week that consisted of doing sit-ups, push-ups, and running. At the end of the program, after a tour of the FBI’s San Diego headquarters, they were given a fitness test before receiving their Junior Special Agent badges and credentials.

“This was such a unique opportunity for kids who are so underserved and under-represented,” Dragomire said. “It made a big impact on them.”

“My favorite part was getting to meet all the agents—they looked like they were a family,” said Quethzali Osuna, one of the fifth-graders in the program. “What I really like is how they were protecting us from all the dangerous stuff out there. They showed us and told us what they had to do—to exercise and stay healthy.”

Another student, Josh Romero, said the program taught him that staying away from bad influences and making good decisions is key to becoming successful in life. “Don’t mess up your future,” he said.

Special Agent Josie Regula grew up in a poor San Diego neighborhood rife with gangs, drugs, and crime. Her mother was a house cleaner and her father was a gardener. Her high school counselor’s hope was that she would become a secretary.

“That would be a good career for you,” she remembers being advised. “As a little kid, that’s what I was told I could do.” 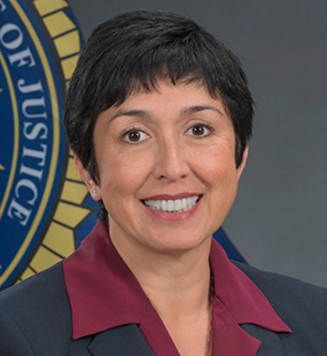 She and her family had no money for college, and Regula didn’t even entertain the idea of an education beyond high school. When she was growing up, “the only thing I saw was gangs. I wanted to be a gangster, because that’s who got respect in the neighborhood. I didn’t know any better.”

Her mom, who only had a second-grade education, was smart enough to know that joining a gang was the wrong thing to do. “I want more for you,” she told her daughter, and Regula listened.

After graduating from high school, she got a job at the U.S. Attorney’s Office in downtown San Diego. When her mother heard the news, she was proud. “You are going to work inside an office, not cleaning an office,” her mom said.

During three years there, she rose through the ranks from student clerk to typist and then receptionist. She later took a job with an attorney who encouraged her to go to college. She enrolled, graduated with a teaching certificate, and planned on a career as a teacher.

By chance, though, she talked with an FBI agent at a job fair at San Diego State University, who encouraged her to consider a language specialist position in the Bureau. Regula, who speaks Spanish and English, took a language test, passed, and was offered the job.

Regula joined the Bureau in 1992 and was a language specialist for four years before becoming an agent. She has worked child prostitution cases, drug cases, civil rights violations, and human trafficking investigations and is now a senior polygrapher.

“I can’t believe this is where I’ve gotten to,” Regula said. She is happy to share her story with students from her old neighborhood. “When they see me walk in the room, speaking in their native tongue, and learn how I got to be an FBI agent, you can tell they appreciate the message that they can do this, too.” 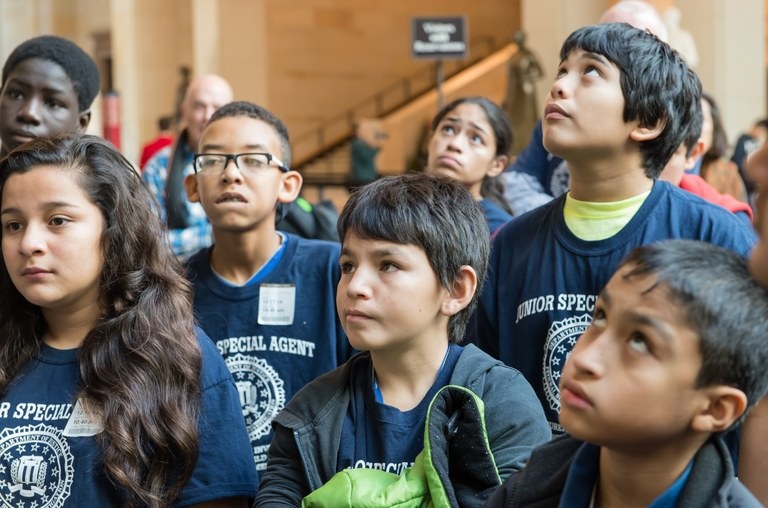 Part one of our series explores the Adopt-A-School program, which for the past 20 years has granted FBI employees the opportunity to mentor and tutor students in disadvantaged communities. 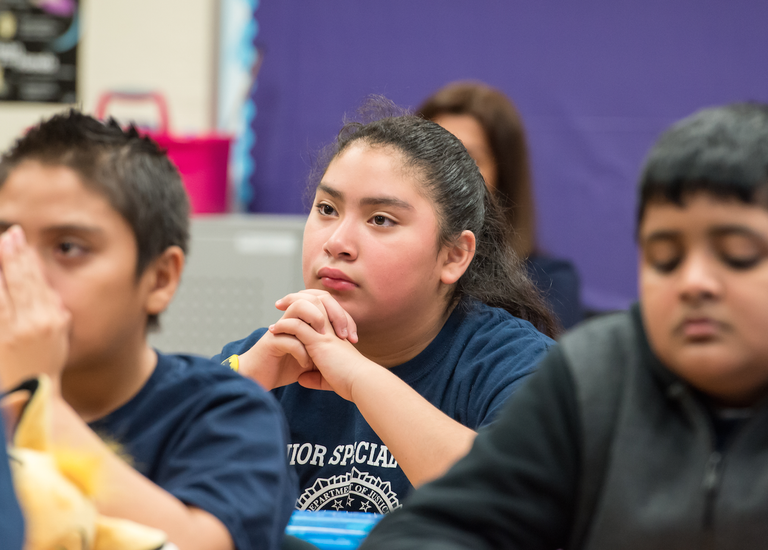 Bucknell Elementary School in Alexandria, Virginia was one of the first schools to embrace the FBI’s Adopt-A-School outreach program 20 years ago, and the program continues to have a positive influence on students there and around the country.

Inside an extreme case that resulted in justice for six slain victims of a drug trafficker.