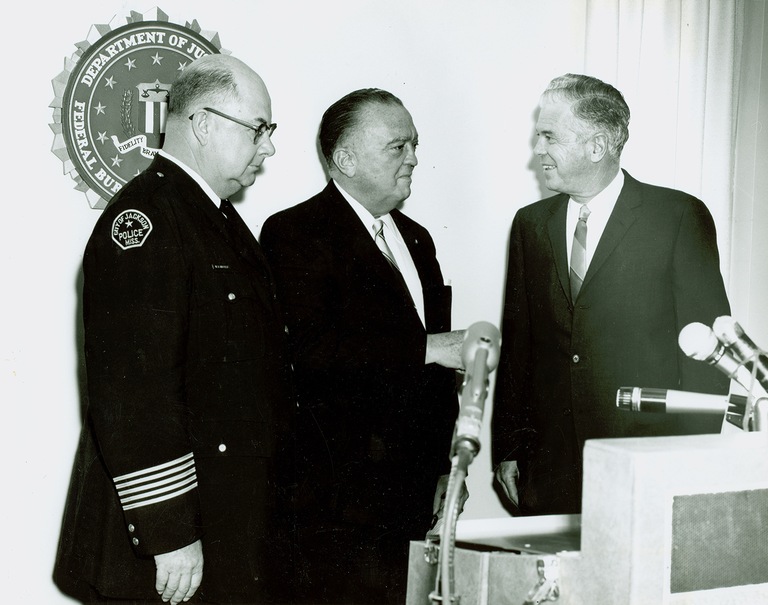 Fifty years ago this summer, Mississippi was at the front and center of our country’s civil rights struggles, with cases such as the June 21, 1964 disappearance of three civil rights workers becoming issues of national concern. Less than two weeks later—and in response to that tragic event—the FBI opened its Jackson Field Office.

On July 10, 2014, FBI employees joined state officials, law enforcement partners, and civil rights era figures, including Myrlie Evers-Williams—widow of civil rights leader Medgar Evers, who was slain in Mississippi in 1963—in celebrating the 50th anniversary of our Jackson Division and the vital role the office has played since then in the Bureau’s civil rights program.

Evers-Williams noted the long evolution of the fights and passions that led to the opening of the Jackson Field Office and the scars that those directly involved bore. “We saw the FBI only as an institution set to keep people of color down,” she said. “One that was not a friend, but one that was a foe. And I stand before you today saying that I am proud to say I see the FBI as playing the role they did, and finally in my mind, and my heart reaching the point where I can say, friend.”

This turning of foe to friend was set in motion 50 years ago under unique circumstances. Usually when an FBI field office is opened, the Bureau spends a significant amount of time analyzing the caseloads of nearby offices, comparing the geographic distribution of those cases, and evaluating where the most efficient place would be to put a new office.

The violence in Mississippi, though, demanded an immediate and strong response. In late June, an aide to President Lyndon Johnson called the FBI’s White House liaison, Assistant Director “Deke” DeLoach, and told him that the president wanted the FBI’s presence in Mississippi greatly increased. The president himself was telling FBI Director J. Edgar Hoover the same thing as Hoover reported in regularly on the case of the missing civil rights workers. On June 29, 1964, Hoover reported to Johnson, “I am opening a main office at Jackson, Mississippi ... [but] it won’t be able to be effective for three or four days.” 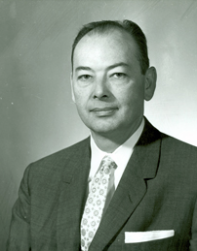 FBI Memphis Special Agent in Charge Karl Dissly (right)—at that time responsible for investigations in the northern part of Mississippi—was sent to Jackson to hunt for office space, but he faced some challenges. The Bureau needed suitable space, and quickly. And local prejudices meant that it might be hard to find a landlord willing to rent to an integrated agency—the FBI employed not only African-American support staff but also agents.

But these problems were worked out, and on July 10, 1964, Hoover arrived in Mississippi for the office’s dedication. When speaking of the reasons for the office, Hoover said he knew that there were “strong feeling we were coming in to take over” and he wanted to allay those fears, explaining that the FBI would keep within bounds of the law and its mandate.

The creation of the Jackson Field Office, recognized last week, was a product of need, tragedy, politics, and especially passion—passion to oppose the violence and cruelty encouraged by the Jim Crow laws.

”Liberty and justice for all,” said FBI Deputy Director Mark Giuliano, who also spoke at last week’s ceremony, “that is what Jackson office stands for. It is what the FBI stands for.”

Taped 1964 conversation between President Lyndon B. Johnson and J. Edgar Hoover regarding the increased presence of the FBI in Jackson, Mississippi.

J. Edgar Hoover: So far as the Mississippi situation is concerned, I’ve got a conference on in Jackson this afternoon for the matter of space. We’ve located space down there but there’s a question whether the concern that owns the building will rent to a integrated agency. Of course we’re integrated in the FBI; we have negro agents, although we haven’t any in Mississippi per se.

Hoover: But that will be thrashed out within the course of the next hour and then it will take us approximately, maybe a couple of weeks to get the place set up properly. It’s an entire open floor now within an air conditioned building. An entire open floor. So then we can make arrangements for the formal opening of the office.

Hoover: And in line with the conversations with Walter Jenkins this morning, we can then reevaluate the need of my going down there. I’m perfectly willing to do so. I think there are several aspects of that we want to keep in mind. First. Whether these racists will yell that we waited until these three people disappeared and then tried to plug the gap by suddenly opening an office at Jackson.

But the answer in my mind to anything of that kind is whatever you do you’re going to be damned. You can’t satisfy both sides.

What I think you ought to do—I don’t want to urge you to go, I just want you to consider it and evaluate it and I’ll be guided by your judgment because you’ve been at this a good deal longer than I have. And I don’t want to put my judgment against yours.

The thought just occurred to me that you don’t have to be blustering or threatening. You’re dignified and quiet and modest and humble. But you have a perfect right to appear at your office. Now you have been called on for extraordinary service. And I think you ought to give serious thought to—next day or two, I may be gone; if not I’ll talk to you Saturday, this is Thursday—see how many people you can bring in there … until we find this answer.

I think the best, you ought to put 50-100 people after this Klan and studying this from one county to the other. I think their very presence may save us a division of soldiers. Not throwing their weight around, throwing their pistols; you don’t hear criticism of any of your people.

But if they are there I think you ought to have the best intelligence system; better than you go on the communists. I read a dozen of your reports last night—here ‘til 1 o’clock—on communists. And they can’t open their mouth without you knowing what they’re saying.

Johnson: Now I don’t want these Klansmen to open their mouth without you’re knowing what they’re saying. Nobody needs to know it but you, maybe. But we ought to have intelligence on that state because that’s going to be the most dangerous thing we have this year.

Johnson: And I think if I have to send in troops or somebody gets rash and we have to go like what we did when we were in Little Rock or something else it could be awfully dangerous.

Now, nobody objects to FBI. Everybody, all the local people, nobody really objects to the Navy boys; that was a masterstroke when you got them. But I’m having these demands for 5,000 soldiers. And all these groups are meeting all over the United States sending wires. Farmers got a group out in Kansas City today. They called up yesterday. Martin Luther King’s getting ready. All this.

So the only way I can answer them is to say now I have substantial people in every area of this state, that we’re carefully studying this thing, carefully investigating it, and to send in a bunch of marshals or send in that have no law to enforce, there’s nothing that’s been violated, or send in a bunch of Army people, divisions, is just a mistake.

But I’ve got ample FBI people and I would express the hope, even if I have to get a supplemental appropriation for it, that you figure out where you can borrow them in case of an emergency and let’s put them in there for the next 30-40 days while we’re making this search and until this thing quiets down a little bit.

Hoover: We’ll certainly work that out.

Johnson: Now you make an estimate. Call your district man or whoever you need to. And let me talk to you day after tomorrow and see how many we can put in there next week.

Hoover: And my idea is if I went down there I would invite the governor and the attorney general of the state and the federal district judges to be present at the opening of the office.

Johnson: I sure would. That would be excellent. You’ve got them cooperating. You’re getting voluntarily what you’d try to get with a battalion of Marines.

Hoover: Exactly. Without the hostility.

Johnson: Now what I want you to do, though. I want you to put in 50-100 men. Scatter them. I want you to have the same kind of intelligence you have on the communists. Now this Klan could spread all through the 11 southern states.

Hoover: Well, they are.

Johnson: I mean it could be, you remember they were electing senators in Texas in 1924. Earl Mayfield came up here. John Connelly beat him. And we’ve just got to see because that outfit be flogging people and be violating this statute goes into effect. I’m going to sign it at 6:45 tonight. I’m going to make a television statement then.

Now there’s some talk about asking to get 5,000 soldiers in there and I just told them I’m not going to do that.

Hoover: I think that’s the worst move to make.

Hoover: Because we have the offer of the governor for the state national guard, if we need any of that assistance as far as searching is concerned. I don’t think they ought to be used for any military purposes. But I think if we can use them for the searching that will release our men from the actual searching detail and get them into this Klan side, which will probably, may dig up some dirt.

Johnson: Now you consider where you’re going to get 50-100 to send in there too so we can say we sent three bunches in.

Hoover: Alright, I will.

Johnson: Okay. I’ll talk to you tomorrow or next day.