I’m an energetic and happy-go-lucky kind of gal who has had the amazing privilege of spending the last 12 years investigating violent crime and major drug trade organizations. I’m passionate about my job and the narcotics and violent crime investigations. But I also enjoy being a field training agent, physical fitness advisor, Evidence Response Team member, emergency medical responder, and mentor.

I am frequently asked to speak with young girls who are interested in the FBI. My dreams of becoming an FBI agent started at age 12, so I jump at the chance to help other girls follow their dreams.

My local partner, San Pablo Police Officer Kenny Zink. We worked on a narcotics enforcement task force together when I was fairly new to the FBI. I was placed on this task force as the FBI liaison. It required long arduous hours with local, salty, no-nonsense cops. 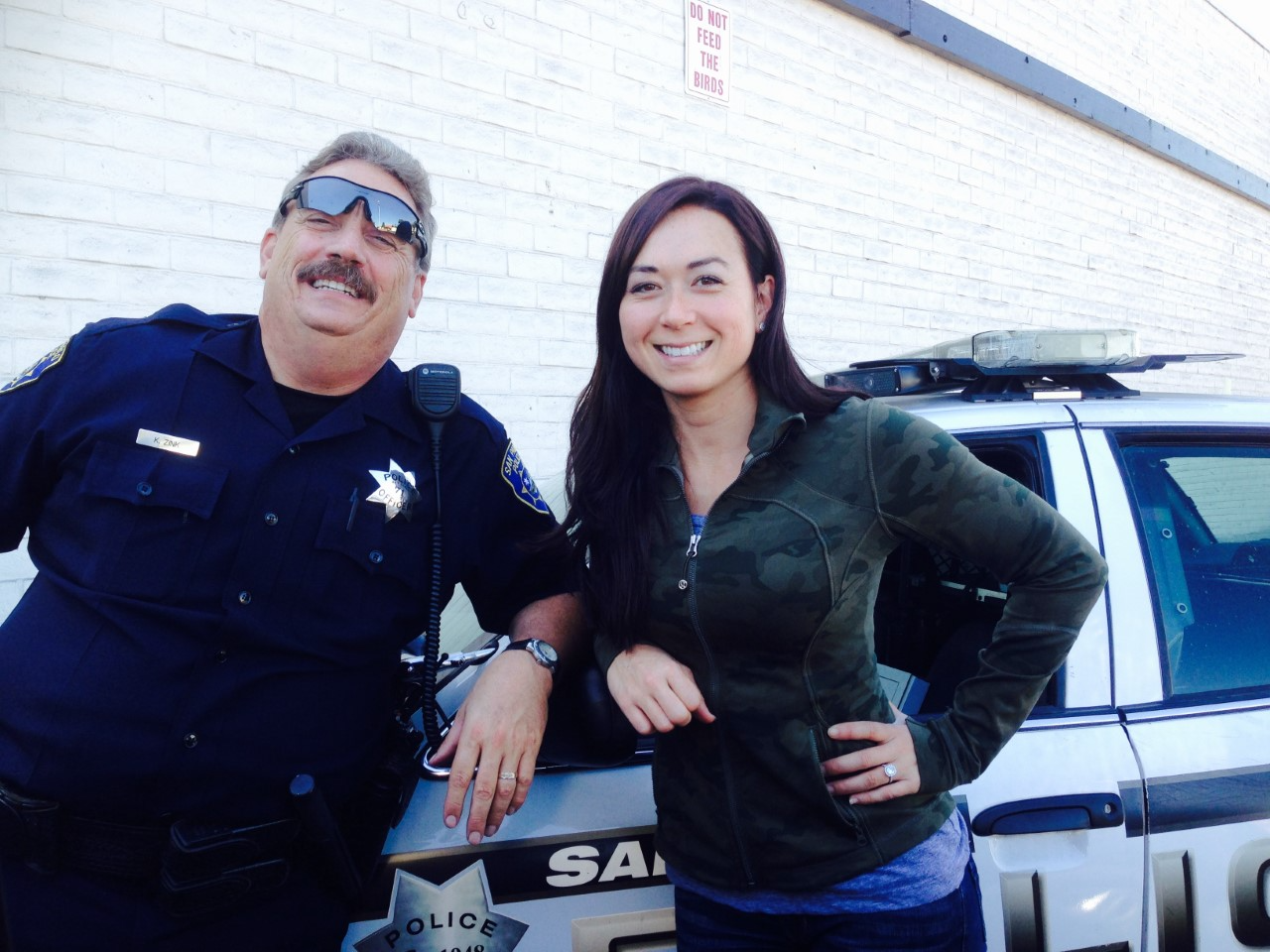 Kenny—who looked like a motorcycle gang member but was actually a jolly and kind-hearted father of seven—took me under his wing right away and showed me the ropes. I was received with much skepticism by many of the other officers on the task force, as I was a young Asian female who didn’t look like the traditional “FBI agent.”

Kenny saw right through the surface and saw my hunger and drive. Kenny told me not to worry about a thing, that if I worked hard and used my skills they’d accept me before I knew it. He asked me to be his co-case investigator on a probe into a cartel-linked drug distribution organization. We became so busy working long hours on surveillance and listening to weeks’ worth of chatter on wiretaps that I didn’t have time to care about “fitting in.”

But soon, I noticed a change in people’s perceptions of me. Before long, I became part of the group, and no one thought twice about throwing me into any sticky situation that came our way. Kenny and I ended that initial investigation with huge drug seizures and arrests. But we didn’t stop there. We rolled right into another one, then another one. Kenny taught me how to become a great earnest investigator while still making family, friends, and co-workers the highest priority. After working three consecutive cases with Kenny as my partner, we ended up with the seizure of more than 1,000 pounds of methamphetamine, countless arrests and indictments, and almost $2 million in cash.

In 2016, after our task force disbanded and we moved on to other stages in our careers, Kenny was tragically killed in an accident while on his way to work. But after almost 13 years as an agent, I can still claim he singlehandedly made me the strong, resilient, adventure-seeking, out-of-the-box thinking, and hard-working agent that I am today.

To make room at the table is to readily embrace the differences in our peers, because one might be surprised at what they have to offer. I’ve been underestimated in countless situations by fellow law enforcement officers and by subjects that we investigate. I get, “Wow, you don’t look like an FBI agent,” or “I want to see your ID again, I don’t believe you” a lot!

Regardless, I love seeing the look on their faces when they realize we come in all shapes and sizes, and we can often bring a lot more to the table than someone who just “fits the mold.” It makes me feel even better knowing that I may have changed their perception and that it’s never wise to judge a book by its cover. We, as special agents, may not all look like what people envision us to be (picture Fox Mulder or Johnny Utah), but I think that makes us even more special. (In my opinion, it’s always better to be perceived as the underdog anyway!)

I often think of how crazy it was to begin my FBI career as an analyst in Puerto Rico, thousands of miles away from my family, but it was the beginning of what continues to be an amazing journey.

After five years in pharmaceutical research and development, I began my FBI career in June 2002.