Putting the Brakes on Crime

Putting the Brakes on Crime 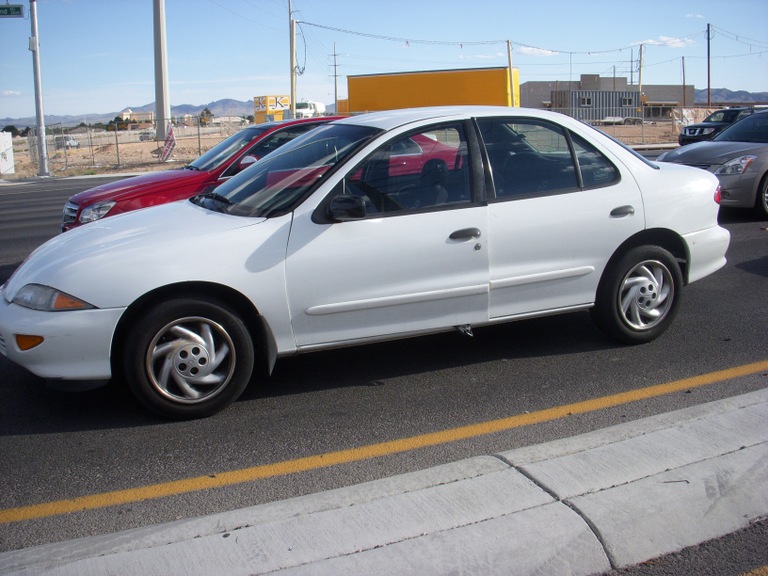 Sesley Williams used this white Chevrolet Cavalier as one of her getaway vehicles for multiple robberies in Las Vegas and nearby Henderson, Nevada.

Sesley Williams was a ringleader and getaway driver for a string of robberies involving multiple banks and commercial establishments in Las Vegas and nearby Henderson, Nevada. Today she’s in a federal prison after being sentenced last month by a U.S. district judge.

It all started on a winter afternoon in 2012. While Williams sat in her car outside an outlet mall clothing store in Las Vegas, her accomplice, Anthony Jordan, was inside checking out merchandise. Jordan already had a sweater and a bottle of cologne in his possession when he asked an employee to bring out two watches from a locked glass container.

With the items in hand, Jordan made his way to the registers to check out. As the cashier began ringing him up, Jordan brandished a semi-automatic handgun and demanded everything from the drawer.

In all, Jordan walked out of the store with hundreds of dollars worth of stolen merchandise and cash. He found Williams waiting in the car nearby, and the two fled the scene.

Following the successful outlet store heist, Williams and Jordan continued to carry out a flurry of robberies between December 2012 and March 2013. In a span of just a few short months, Williams, Jordan, and a third accomplice led an intense crime spree, lifting merchandise and emptying cash registers at businesses and banks in the region.

Anything from clothing stores and fast food chains to banks inside grocery stores were consistently targeted by Williams and her group. Although she never stepped inside the businesses that were robbed, Williams supplied disguises and a handgun while fulfilling the role as getaway driver for every crime.

The unprecedented number of robberies committed by the group left frightened store employees and empty cash registers in their wake. But the spree ended after a tip made to the FBI’s Las Vegas office spurred the Bureau’s Las Vegas Criminal Apprehension Team and Safe Streets Gang Task Force to action. The task force combines FBI special agents with detectives from the Las Vegas Metro Police Department and Henderson Police Department to pool expertise in targeting violent criminals, fugitives, and gangs in the region. Williams and crew were now in their crosshairs.

Agents from the FBI’s Las Vegas Field Office reviewed hours of surveillance video, conducted interviews, and used other investigative techniques that ultimately led to the arrest of Williams and Jordan in June 2013.

Following the joint investigation, a weeklong trial, and 18 convictions on 18 counts, Williams was sentenced to 121 years in a federal prison for supplying a handgun and assisting as getaway driver during the rash of robberies. Jordan was dealt a similar fate after his trial and is now serving 60 years for his involvement in the crimes.

“Merely displaying a weapon during a robbery carries significant prison time—that’s exactly what Williams and her crew did during these robberies,” said the FBI Las Vegas agent who led the investigation. “A federal offense like this for a single robbery will land you a lengthy prison sentence. The fact that Williams was convicted of five counts of brandishing a firearm during the robberies puts her in jail for a lifetime.”

While Williams’ getaway-driving days are over, the FBI continues to apprehend dangerous criminals like her and Jordan by coordinating with local, state, and federal law enforcement agencies and citizens in the community. Solving violent crimes in cities like Las Vegas is also made possible through public leads and tips submitted on tips.fbi.gov.

Testing will evaluate the workflow and operational efficiency of the new system.

FBI Director provided an overview of the FY 2017 budget request and explained the critical nature of the requested resources.