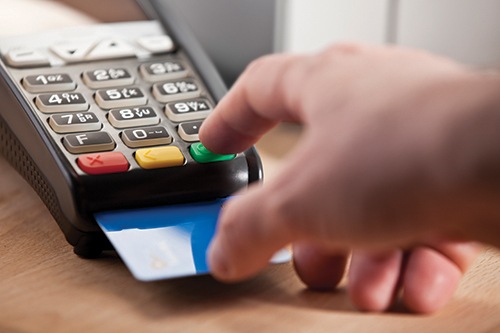 Tessema Lulseged owned a supermarket in Decatur, Georgia, but he was selling much more than groceries. He was trafficking in food stamps, and, for a time, it made him a wealthy man.

Lulseged owned the Big T Supermarket, a convenience store just outside Atlanta. He routinely and illegally allowed his customers to exchange food stamp benefits for cash—taking a substantial cut for himself. From 2009 until 2014, Lulseged’s crimes netted him approximately $6.5 million.

“He didn’t even have to know you to trade food stamps for cash,” said Special Agent Will Filson, who investigated the case out of the FBI’s Atlanta Division along with agents from the U.S. Department of Agriculture’s Office of Inspector General.

The federal food stamp program, administered by the Department of Agriculture and supported by taxpayer dollars, is intended to offer low-income citizens nutritional assistance. Recipients are issued debit cards pre-loaded with monthly benefits that range from hundreds to thousands of dollars depending on the number of dependents in a household. Stores that participate in the program are prohibited from exchanging cash for food stamp benefits or accepting benefits for alcohol, tobacco, or other non-food items.

Lulseged allowed customers to exchange benefits for cash if they purchased groceries valued at 10 percent of the amount of cash they wanted. For example, if a customer wanted $200 in cash, he or she was required to buy $20 worth of groceries. The person would then get their money, and Lulseged would pocket $150 for himself. A total of $350 would be deducted from the food stamp debit card.

“If you were shopping at a big-box grocery store and spent $800,” Filson said, “you would be pushing five big carts out to the parking lot. At the Big T Supermarket, people allegedly spent that amount and were walking out with their items in a single plastic bag.”

The investigation began in 2013. Sources and undercover operatives were used to make controlled exchanges, and investigators also compared the amounts of products Lulseged bought from vendors with the amounts redeemed using food stamp benefits.

“When we compared actual vendor purchases against submitted food stamp redemption amounts, it was outrageous,” Filson said. “It was something like $500,000 worth of products purchased and $8 million reported in food stamp redemptions. The figures were completely skewed.”

Search and seizure warrants were executed against Lulseged in 2014, and more than $700,000 was recovered from his various bank accounts. The government also seized Lulseged’s supermarket building and his personal residence. In 2015, Lulseged pled guilty to trafficking in food stamps. Last month, a federal judge sentenced the 49-year-old to four years and three months in prison.

Filson praised the partnership between the FBI and the Department of Agriculture investigators. “This case was a big success not only because of the prison term but also because of the nearly $1.5 million in cash and property forfeited to the government,” he said.

As for the food stamp recipients who illegally received cash back, Filson said the individual amounts were not substantial enough for state or federal charges to be filed. But the food stamp program has an administrative process, and those who abuse the system are subject to having their benefits suspended.

“Food stamp fraud can be a significant drain on the federal budget,” Filson said. “This $6.5 million case was just one store. If you add up all the fraud across the country, it would likely run into the hundreds of millions.”