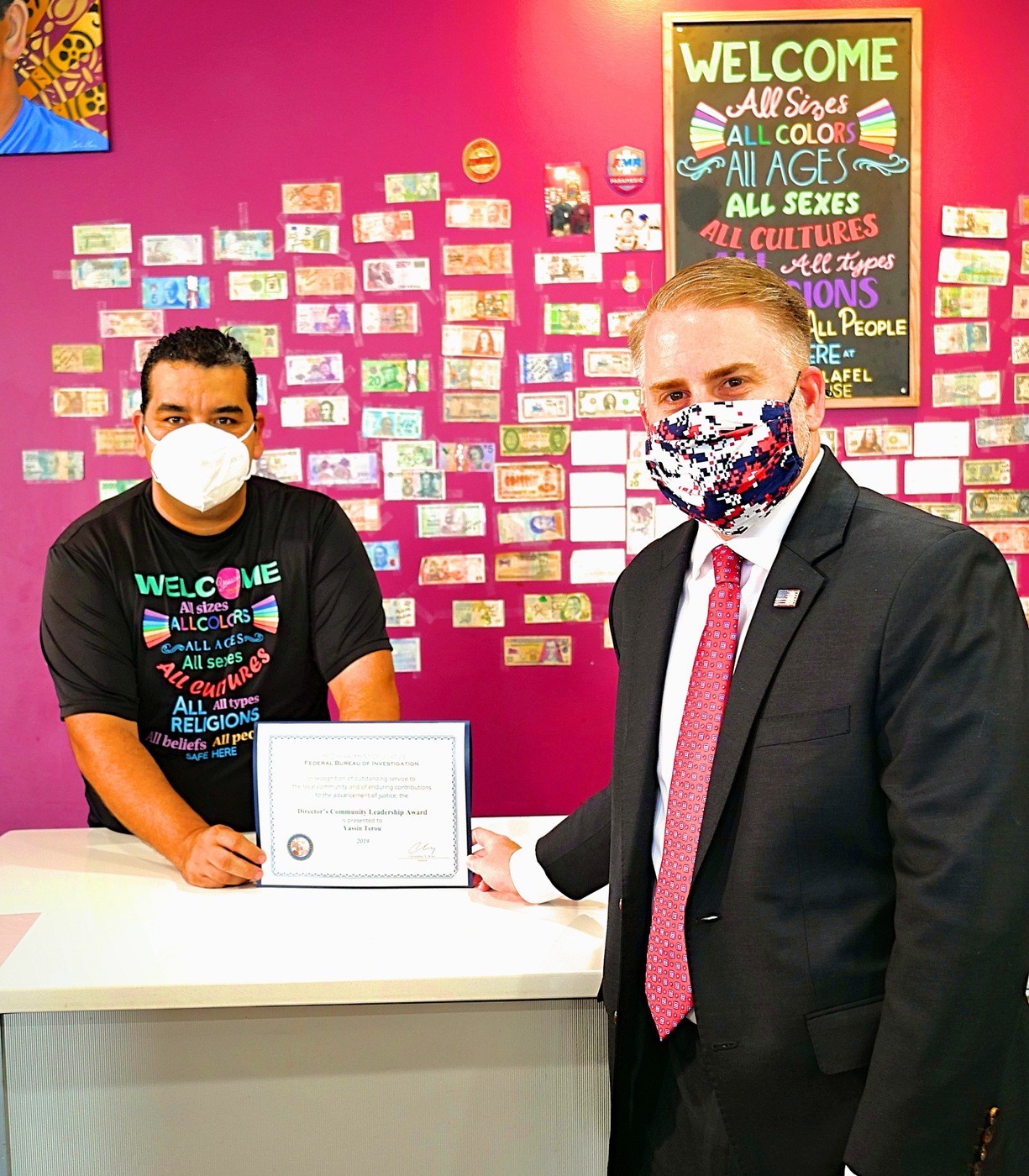 FBI Knoxville honors Yassin Terou. Mr. Terou’s work, community involvement, and volunteer efforts have helped open a new dialogue among Knoxville residents. In 2011, he arrived in America from Syria with nothing. He found help at the local mosque and eventually opened his own restaurant. Now, Mr. Terou hires other refugees, delivers sandwiches to the homeless, and feeds families after disasters.

Director Christopher Wray recognized the recipients of the 2019 Director’s Community Leadership Award. These leaders, selected by their area FBI field office, have demonstrated outstanding contributions to their local communities through service. The FBI is grateful for the work of each of these individuals and organizations on behalf of their communities.