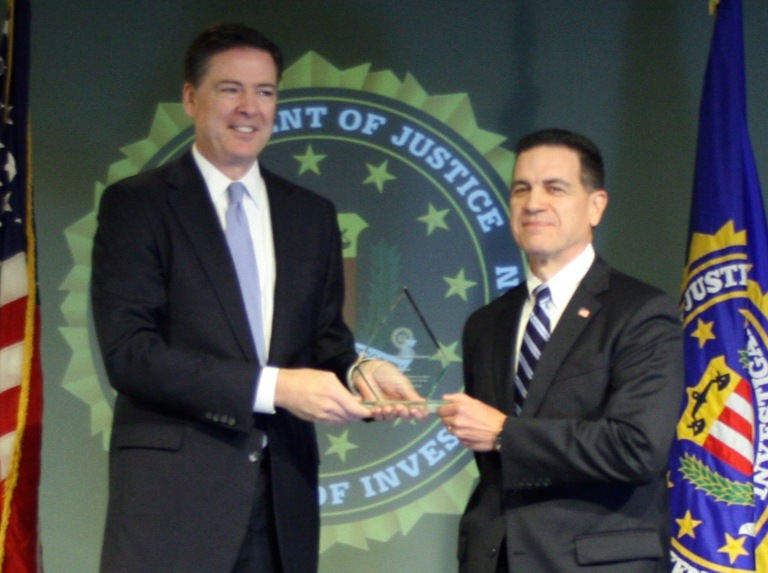 Tony Vermillion accepts the award on behalf of Emerson Electric.

The St. Louis Division honors Emerson Electric and its Ferguson Forward initiative as a sterling example of corporate citizenship. After the August 2014 shooting of Michael Brown, Emerson donated $4.4 million to invest in the young people of Ferguson. Since then, Emerson has doubled its commitment to $8.5 million and sponsored 30 education and job programs.

In a ceremony at FBI Headquarters on April 15, 2016, Director James B. Comey recognized the recipients of the 2015 Director’s Community Leadership Award. These leaders, selected by their area FBI field office, have demonstrated outstanding contributions to their local communities through service. The FBI is grateful for the work of each of these individuals and organizations on behalf of their communities.

“[This year’s honorees] have done extraordinary good across communities in this country and have made a lasting difference,” said Director Comey. “Thank you for that good, thank you for what you represent, and thank you for inspiring not just the FBI but this entire country.”

Recipients of the 2015 Director’s Community Leadership Award are: