From its earliest days, the Bureau has had a presence in St. Louis, Missouri. Reminiscing about the Bureau many years later, Special Agent James Findlay remembered that E. J. Brennan, who later founded the FBI’s special agent training program, was the Special Agent in Charge in St. Louis from at least 1911 to 1914.

In its formative years, the Bureau had a small range of investigative responsibilities, including interstate prostitution investigations arising from the Mann Act. During World War I, St. Louis Division investigations increased greatly. The cases ranged from serious offenses to those that today would be considered more specious. For example, during the war St. Louis agents seized more than 16 million eggs as a result of concerns that some companies were hoarding large amounts of food to manipulate market prices.

Due to a major reorganization of FBI field offices, the St. Louis Division was shut down in August 1920 and its operations assigned to the Kansas City Division. Within three months, though, an office had been reopened in St. Louis and appears to have remained in operation since then.

During the Hoover reforms of 1924, the St. Louis Division started undergoing regular review. Although there was some turnover in Special Agents in Charge at this time, Bureau Headquarters clearly thought the office was on the right path. In an incident that indicated the Bureau’s priorities of the day, Director Hoover squared off against Congressman J. Dyer of Missouri over the management of the office. Dyer had complained that a recent change in the Special Agent in Charge and in other personnel had made the office less effective, more costly, and less responsive (politically) to his concerns. Hoover argued that the Special Agent in Charge favored by Dyer had been fired because he refused to act in accord with the best interests of the Bureau, that the efficiency and workload of the office had greatly increased (and he had the statistics to prove it), and that the Director would be happy to take up this defense before the Appropriations Committee or other appropriate venue. Hoover’s arguments carried the day.

Such changes—removing personnel who did not or would not perform, tightening standards, and defending the Bureau from political attacks—were true across the organization and helped prepare offices like St. Louis for the more difficult crime problems of the 1930s.

And St. Louis often proved itself in the new Bureau. Its most significant case at that time was the capture of a fugitive wanted for the murder of Special Agent Edwin Shanahan. On October 11, 1925, Agent Shanahan confronted known car thief Martin Durkin in a Chicago parking garage. Durkin shot and killed Shanahan and fled across the country. Agents tracked him to California, across the West, and back to Missouri. On January 20, 1926, agents of the St. Louis Division and officers of the St. Louis Police Department captured Durkin. Tried under Illinois state law, Durkin received the death penalty for Shanahan’s murder.

With the onset of the Great Depression, an organized criminal class known as gangsters began to emerge. Thriving in the criminal anarchy around Prohibition, a loose support structure developed for a diverse group of bootleggers, kidnappers, bank robbers, and assorted hoodlums. Missouri became a key part of the network that catered to this violent criminal activity.

From the Kansas City Massacre in 1933 through the 1934 demise of “Baby Face” Nelson in a shootout that left two FBI agents dead, the agents of the St. Louis Division contributed considerable work and talent to the Bureau’s efforts in the war on crime waged to end the gangster era. Many St. Louis agents were veterans of these battles, including Special Agent in Charge Reed Vetterli (August 1934 to January 1936), who confronted Nelson in a shootout in Illinois, and Jay C. Newman (January 1936 to February 1937), who had been involved in a raid on a Dillinger hideout and survived a gunshot to the head from Nelson before being assigned to lead the St. Louis office. 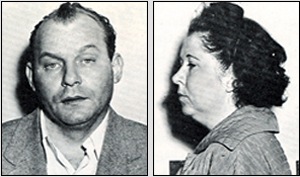 With the onset of World War II, the office began to grow substantially as it addressed numerous war-related matters, including conducting security checks for plants manufacturing war goods and investigating multiple allegations of sabotage. National security cases remained a priority of the Division as the conflict ended and the Cold War began.

Major criminal investigations continued as well. In September 1953, St. Louis agents became involved in one of the Bureau’s most famous kidnapping cases. When a six-year-old boy named Bobby Greenlease, Jr. was kidnapped, a massive effort to find the child was launched. Tragically, it was discovered that the boy had been killed soon after he had been abducted. The work of the St. Louis Division, though, did lead to justice. Greenlease’s kidnappers—Carl Austin Hall and Bonnie Brown Heady—were ultimately found and arrested on October 6, 1953. Both were convicted and received the death penalty.

Many other interesting cases also came across St. Louis desks. In 1964, for instance, St. Louis agents proved that two local union officials had perjured themselves before the National Labor Relations Board regarding their role in some violence at a work site. This was the first perjury conviction obtained as a result of testimony before the Board.

In the 1970s, St. Louis agents continued to pursue a wide variety of cases. In January 1973, they solved the kidnapping and murder of a local Grandin, Missouri bank president and his family. The bank president had been forced to steal in order to protect his wife and daughter, but all three were ultimately killed by the robbers. An extensive investigation pointed to Dallas Ray Delay, Jerry Wayne Rector, and Lloyd Dewaine Cowin as the prime suspects. Agents conducted separate interviews of Rector and Cowin, and each confessed and admitted the involvement of the other; both also implicated Delay.

Another important and successful case—launched in late 1973—involved kickbacks given to St. Louis officials involved in making decisions on the construction of a local hospital. Politicians in other nearby areas were also arrested and convicted in the investigation.

In 1972, the St. Louis Division became one of the first two offices in the modern-day FBI with a female special agent when Joanne Pierce was assigned there following her graduation from the FBI Academy.

In January 1977, the St. Louis Division, the St. Louis Police Department, and local representatives of ATF (Alcohol, Tobacco and Firearms) initiated “Operation Score.” This was the first joint undercover operation conducted by St. Louis agents and their law enforcement partners. Agents selected a high-crime area as the site to launch a covert fencing operation. Agents “spread the word” of the operation, and over an eight-month period, crooks brought in stolen property valued at over $822,000. Seventy-three individuals were eventually charged with violations such as murder, robbery, burglary, and automobile theft.

In the 1980s, financial crimes and white-collar frauds began to grow and become more of a priority for the FBI and the St. Louis Division. In January 1983, for example, a joint FBI/IRS investigation targeted Stix & Company, a 69-year-old brokerage firm. St. Louis agents and IRS investigators executed a search warrant on the company and seized its books and records, enough to fill a large van. Just days later the company closed and filed for bankruptcy. An audit of the records seized showed that the company had a deficit of $36 million, largely because a senior vice president and five other employees had looted the company over a five-year period.

Major violent crime was also a significant priority and a great danger to all who sought to stem its tide. On the evening of January 19, 1990, the St. Louis SWAT team executed a search warrant in South St. Louis County in a bank robbery investigation. Announcing their presence, the agents entered the residence to search for drugs and illegal weapons. The suspect, James Price, immediately opened fire, striking Special Agent L. Douglas Abram in the forehead. Two other agents—Carl A. Schultz and Terrence M. McGinnis—were wounded in the leg and arm. The suspect was killed in the ensuing gun battle. Agent Abram died at a nearby hospital about two hours later. He was the first agent in the St. Louis office to be killed in the line of duty.

To better tackle the rise of violent crime, the St. Louis Division helped form two St. Louis Safe Streets Task Forces in 1991. One task force targeted violent fugitives in the region; the other focused on street gangs. The Safe Streets program addressed major violent crime in specific areas by bringing together federal, state, and local law enforcement and prosecutors. The joint effort has been quite successful over the last two decades.

The terrorist attacks of 9/11 led to major changes within the FBI, including the St. Louis Division, as preventing future strikes became the Bureau’s overriding priority.

The St. Louis Joint Terrorism Task Force, officially formed in January 2002, has successfully brought together state, local, and federal partners to protect the residents of St. Louis from terrorism by running down leads, vetting threats, and developing intelligence. In 2003, a Field Intelligence Group was also created to better collect and utilize intelligence in the office’s jurisdiction and to share it nationwide.

Meanwhile, the St. Louis office has continued to tackle a wide range of other criminal and national security responsibilities—from espionage to cyber crimes, from hate crimes aimed at Muslims and other minorities in the St. Louis community to child pornography and white-collar frauds. 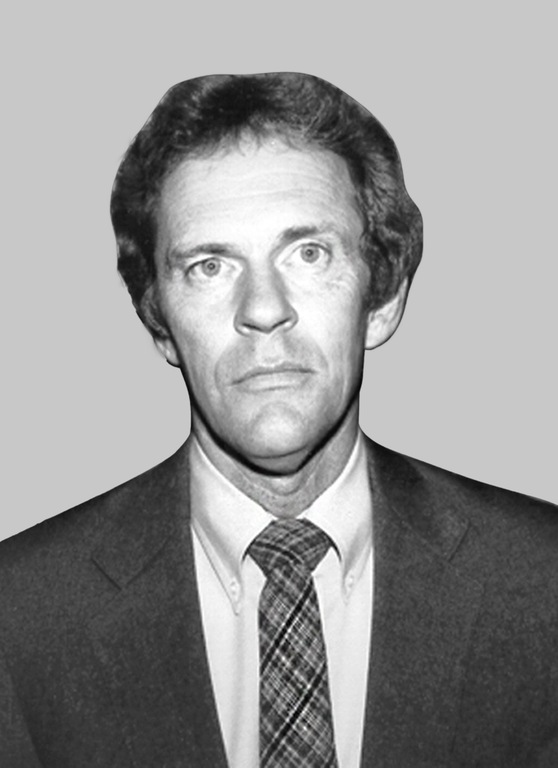 Among the significant investigations St. Louis has handled in recent years:

Like the FBI itself, the St. Louis Division has proudly helped protect local communities and the nation for more than a century.