In May 1939, the FBI opened its first field division in Springfield under the leadership of Acting Special Agent in Charge B.F. Fitzsimmons. At the time, with Europe on the brink of war, national security was replacing violent crime as the FBI’s top priority, and the Bureau needed another office in Illinois besides Chicago to adequately cover the state.

Through the years, the division—headquartered in the Illinois state capital—has investigated many major cases of political corruption. Three sitting or previous Illinois governors, for instance, have been convicted of various crimes following FBI investigations—Otto Kerner in 1983, Dan Walker in 1987, and George Ryan in 2007. In Ryan’s case, a long-running racketeering probe called Operation Safe Roads led to more than 70 others being charged with crimes. 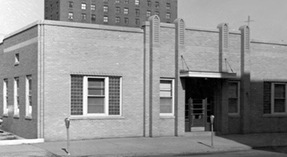 Today, in the post-9/11 era, the Springfield Division is focused on national security issues. It stood up a Joint Terrorism Task Force in 2002 and a Field Intelligence Group in 2003 to strengthen its terrorism investigations and intelligence operations. In one major terrorism case, the Springfield Joint Terrorism Task Force investigated Ali Saleh Kahlah al-Marri, who pled guilty in 2009 to providing material support to Al Qaeda. Al-Marri had entered the U.S. the day before the 9/11 attacks to be a “sleeper agent” under the orders of Khalid Sheikh Mohammed.

Criminal investigations remain an important part of the division’s responsibilities as well, with agents addressing threats posed by child predators, con artists, violent drug traffickers, and many others, working closely with federal, state, and local partners along the way.