In November 1909, the head of the early Bureau—Stanley Finch—decided that his small force of detectives needed a permanent presence in the San Antonio area. By January 1910, he had appointed Special Agent in Charge J.H. Cole to oversee Department of Justice investigators there.

These agents and others who joined them in the first years of the Bureau investigated a variety of cases, from peonage—an early civil rights violation—to immigration matters. But they were most deeply involved in Neutrality Act investigations, preventing the incitement of revolution against Mexico from U.S. soil. The latter were some of the Bureau’s earliest national security cases, bringing it into close cooperation with the State Department, Army intelligence, Mexican intelligence, and state and local police forces.

At that time, the San Antonio Division was housed in the original U.S. Post Office building located at the corner of East Houston and North Alamo streets. The office remained there for several decades as it investigated interstate prostitution, peonage, interstate automobile theft, and many other violations.

In 1921, the division hired a leader who helped make the office and the Bureau as a whole more effective in the coming decades—Gus T. Jones, a former Texas Ranger. Jones served until 1941, when he became the Bureau’s representative in Mexico City.

During this time, investigations concerning the U.S.-Mexico border were a chief priority. In 1923, for instance, Special Agent in Charge Jones reported to FBI Headquarters that he had “perfected a most excellent arrangement along the border in the San Antonio district whereby we are assured of the hearty cooperation of all border Mexican authorities” in extraditing fugitives who hid in Mexico. That summer, for example, a fugitive named Joseph Biata was turned over to the division, which had obtained a writ of habeas corpus. The office also handled the politically sensitive investigation of U.S. and Mexican claims of damage that occurred during World War I over the American occupation of Vera Cruz, our nation’s pursuit of Pancho Villa into Mexican territory, and claims against the Texas Rangers.

Automobile theft, interstate prostitution, and many other crimes occupied the division during the period of Prohibition and into the Great Depression. In 1926, San Antonio agents played a key role in helping the Bureau track fugitive Martin Durkin, who was sought for the murder of Special Agent Edwin Shanahan, the FBI’s first line-of-duty casualty. Border-related matters, of course, remained important. As war approached in the late 1930s, these concerns became more important, even though the FBI had no national security cases open as of 1940.

Meanwhile, Special Agent in Charge Jones was spending so much time working with partners in Mexico that he was assigned to Mexico City permanently in 1941 as the FBI’s representative, opening up our first legal attaché office. (Jones’s official title was actually “civil attaché.”)

As World War II ended and the Cold War began, national security issues remained important to the FBI and to San Antonio. In 1951, for instance, the division worked with the legal attaché in Mexico City and Mexican authorities to locate Smith Act fugitive Gus Hall (the law outlawed advocating violent overthrow of the government) and had him arrested and transferred to agents of San Antonio Division. Soon after, Soviet spy Morton Sobell was similarly captured and returned to the United States.

At the same time, the division continued to handle its criminal responsibilities. Even in 1945, the last year of the war, the division reported that it “obtained 149 convictions, recovered $25,672, apprehended 84 fugitives, and recovered 21 automobiles.” Some of the cases were less pressing. In 1953, for example, agents were asked to investigate a local department store for advertising and selling a stuffed Smokey Bear doll (the bear’s image was protected under federal law beginning in the 1950s, and it fell to the FBI to probe its misuse).

The pursuit of fugitives, though, was often dangerous work. On April 25, 1968, Special Agent Douglas M. Price was shot and killed near San Antonio during an FBI operation to capture David Rice Chubb, who was wanted for murder and car theft. Special Agent Price, who had served the FBI for slightly more than a year, was taking weapons to agents already positioned in an area where Chubb was believed to be hiding. When Agent Price failed to respond to radio transmissions, a search ensued. His body was found in brush 35 feet from his car. After killing the agent, Chubb drove to a nearby parking lot and committed suicide.

The San Antonio Division was also heavily involved in the investigation surrounding the assassination of President Kennedy in November 1963 and the subsequent murder of Lee Harvey Oswald.

The coming decades brought new cases and crime issues to the division, including a case in 1972 where three soldiers firebombed an officer’s residence.

In May 1979, Judge John H. Wood, Jr.—who had earned the nickname “Maximum John” for his willingness to stand up to criminals and impose harsh sentences on drug dealers—was shot and killed outside his home in San Antonio by a sniper’s bullet. He was the first federal judge killed in the 20th century. Drawing on resources from more than 40 field offices across the FBI, the San Antonio Division launched a massive investigation known inside the Bureau as “Major Case 21” or “WOODMUR.” There were no eyewitnesses; the only physical evidence was a few bullet fragments. The FBI conducted more than 6,000 interviews, traced thousands of weapons, and conducted various court-authorized physical and electronic surveillances. In the end, Charles V. Harrelson and four others were convicted between 1982 and 1983 of Wood’s murder and other charges. The presiding judge in the case was future FBI Director and San Antonio resident William S. Sessions. 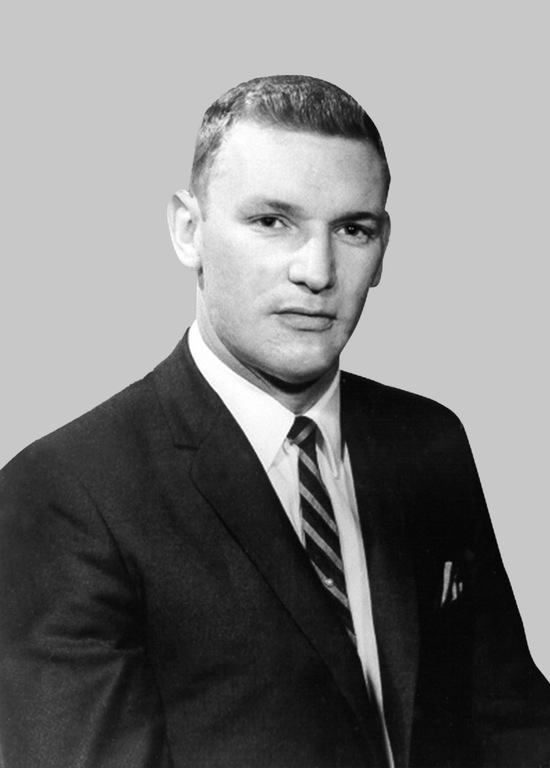 During the 1980s, the division investigated a variety of civil rights cases—including allegations of police brutality and related complaints. One intense investigation was prompted by a report in March 1984 that a family living at the “Mountain Home Ranch” near Kerrville was forcing individuals to work while chained together. These victims were tortured and abused, and one man was killed with a cattle prod. The case led to charges and the two-and-a-half month “Slave Ranch Trial”—one of the most sensational criminal trials in the history of the Texas court system. Three people were ultimately convicted by the jury.

With the growing national battle against drugs, the San Antonio Division joined hands with other federal agencies in 1981 as part of a task force that uses financial and other investigative techniques to identify and neutralize major narcotics trafficking organizations centered in South Texas.

In 1985, the division apprehended its fourth Ten Most Wanted fugitive—Richard Joseph Scutari, a member of the violent white supremacist group called The Order. Scutari was sought for a $3.6 million dollar armored car robbery in Sacramento, California. 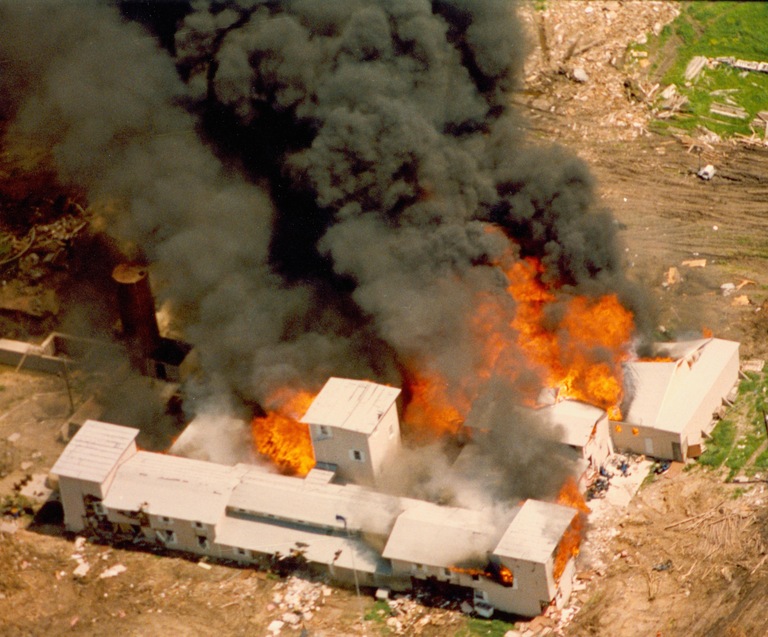 The San Antonio Division worked many successful cases in the 1990s, often in close collaboration with its partners.

In 1997, for example, the office joined the San Antonio Police Department, the Bexar County Sheriff’s office, and the Bexar County District Attorney’s office in investigating the shotgun slayings of five people in a San Antonio home. Investigators determined that the murders came from a single order by the top lieutenant in Texas’ largest prison-based gang—the Texas Mexican Mafia. Nine other killings over three years also were linked to members of the notorious gang.

Earlier, in 1993, the division was involved in the tragic events at Waco, Texas. On February 28, ATF agents raided a compound of the Branch Davidian cult led by David Koresh to arrest Koresh for various weapons violations. The facility was located nine miles from Waco, Texas, a resident agency of the division. The confrontation resulted in the deaths of four ATF agents. The FBI took over the case, and on April 19, after a 51-day standoff, sent tear gas into the building but was horrified when the cultists set fire to the compound. Although some FBI agents risked their lives to save cult members, some 80 Davidians died in the blaze. The loss of life was tragic, but as study after study later confirmed, the FBI fired no shots that day and did not start the fire that ultimately engulfed the compound.

In 1999, the San Antonio Division launched with its partners Operation Marquis, a long-running investigation that has led to the arrest of more than 300 people in a drug trafficking organization involved in bringing cocaine and other narcotics into the U.S. from Mexico.

Following the attacks of 9/11, preventing terrorist attacks became the FBI’s top priority. The San Antonio Division worked to improve its counterterrorism capabilities and the overall quality and quantity of its intelligence work. It launched a Field Intelligence Group in 2003, and in 2006 initiated the FBI’s new “domain management” approach to understanding and addressing threats in its region.

One success that was a direct result of these new capabilities was the November 2005 arrest of Seyed Abolghassem Rohani Eftekhari, aka Farshid Rohani, for an alleged violation of U.S. economic sanctions against Iran. Rohani—a Canadian citizen of Iranian descent—was an executive for a technology company in British Columbia. He was arrested after traveling to the U.S. to purchase and receive training related to a “guided wave” scanning device. Rohani was charged in October 2006 and pled guilty in December 2006. The case was conducted in concert with Immigration and Customs Enforcement.

The office continued handling its many criminal responsibilities—battling gangs, drugs, white-collar frauds, public corruption, organized crime, and more. In January 2007, for example, the work of San Antonio agents—along with local police and investigators with the Texas Department of Criminal Justice—led to a racketeering indictment against more than 30 members of the Texas Mexican Mafia for murder and other crimes. Among those charged was Jacinto “Cache” Navajar, a purported gang general.

In February 2008, a new, state-of-the-art facility for the division headquarters was dedicated in a ceremony attended by Deputy Director John Pistole.

After a century of service, the San Antonio Division looks forward to continuing its work to protect the communities it represents and to help defend the nation.