The modern Sacramento Division field office opened for business on September 25, 1967, at 2020 J Street. The office had previously been a smaller “resident agency” under the San Francisco Division. There was a Bureau office in Sacramento in the World War I era, but it was closed in the early 1920s as part of a significant reorganization of Bureau field operations. During the years between this closing and the 1967 opening of the Sacramento Division, the FBI considered reopening an office in Sacramento several times, concluding each time that such a move was not needed.

The new field office was created in response to the reorganization of the federal judicial districts in California and to relieve the caseload on the San Francisco and Los Angeles Divisions. The office had 34 counties under its jurisdiction, encompassing the Eastern Judicial District of California. Approximately 1,700 cases were transferred from the San Francisco division and another 600 from Los Angeles Division upon opening the new division.

The workload grew steadily as the Division handled a wide variety of cases, including domestic terrorism, white-collar crimes, presidential assassinations, organized crime, espionage, and others. 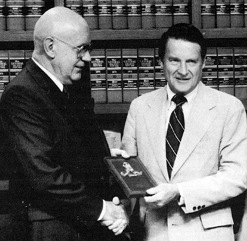 In September 1975, the office investigated the high-profile attempted assassination of President Ford by Lynette “Squeaky” Fromme, a member of the violent cult-like Manson family. On September 5, Fromme—armed with a .45 caliber handgun—approached President Ford, who was in Sacramento to address the California State Assembly. She took aim, but was immediately seized by Secret Service agents. The Sacramento Division took over the case, investigating Fromme to make sure that she was acting alone. The case was code-named FROMFORD [175-HQ-297]. Complicating this investigation was a second assassination attempt on President Ford in San Francisco less than two weeks later by Sarah Jane Moore. Fromme was found guilty and sentenced to life in prison.

Like many other field offices in the late 1970s, Sacramento began to look for ways to apply the Racketeer and Corrupt Organizations (RICO) Act to tackle organized criminal enterprises. The division got a big break in 1977 when members of the Bonanno Family approached Lou Peters, a Cadillac dealer in Lodi, California, proposing to buy his auto dealership and use Peters as a front man to purchase other dealerships. Peters instead went to the FBI. He agreed to cooperate with Sacramento agents, pretending to go along with the Bonanno plan to launder dirty money through a chain of auto dealerships. His testimony was a crucial part of the government’s case and led to the conviction of Joseph Charles Bonnano, Sr., on conspiracy to obstruct a federal grand jury and perjury—the first felony conviction of the leader of the Bonanno organized crime family. Following Peters’ death from cancer, the Society of Former Special Agents of the FBI began presenting an annual Louis E. Peters Memorial Award to private citizens who selflessly dedicate their time and service to assist the FBI in uncovering wrongdoing.

Throughout the 1980s, Sacramento developed important cases against violent criminals, corrupt public officials, and others.

The domestic terrorist group, The Order, became a significant focus of the Sacramento Division in the mid-1980s. The white supremacist group engaged in a series of violent robberies, in counterfeiting, and in at least one murder—the killing of Denver, Colorado, talk show host Alan Berg in 1984. The group’s founder died in a shootout with FBI agents in late 1984. In 1985, Charles J. Ostrout, member of the Aryan Nation and The Order, was found to have been the “inside man” for a Brinks Armored vehicle robbery in Ukiah, California, in a Sacramento Division case in 1984. The robbers had gotten away with approximately $3.6 million. In March 1986, Sacramento “Top Ten” fugitive Richard Joseph Scutari, the last member of The Order still on the run, was arrested in Texas by San Antonio Division agents. He eventually pled guilty to racketeering charges and to the Brinks robbery. Members of the group were also charged with and convicted of a RICO-type conspiracy and other crimes in relation to the Berg murder.

In 1986, an investigation by Sacramento agents led to the conviction of Joseph Bonanno, Jr., further weakening that Mafia crime family. Sacramento agents showed that Bonanno was operating a fraudulent scheme in which he promised a nine percent return on an investment in a poster company over a 30-day period. He then planned a “controlled business failure” as part of the scam. On November 13, 1986, Bonanno was sentenced to four years in prison and five years’ probation. Fellow mobster Lyle Green pled guilty and was placed on five years’ probation, while Salvatore Bonanno was acquitted. Prior to this trial, another defendant named Virgil S. Redmond died in a truck accident.

Not all cases were resolved so quickly. In December 1985 a bomb exploded, killing the owner of a computer rental store in Sacramento. This attack turned out to be the work of a domestic terrorist who had mailed bombs across the country since 1978 and who came to be known as “The Unabomber” after the FBI’s codename for the case UNABOM. The Unabomber ultimately killed three people and wounded more than 20 before being arrested in Montana in April 1996 by FBI agents and other federal authorities. He was identified as Theodore Kaczynski, who later pled guilty to the bombings.

In 1989, following an extensive two-and-a-half year investigation, Jerry Harris and Alejandro Puentes Valdez were found guilty of federal conspiracy and bribery charges. Harris had bribed small city mayors with cash, and in return, these mayors used their influence to assure Harris of government housing contracts. The case represented the first public corruption convictions in the central valley of California.

In 1988, the Sacramento Division launched a case that came to be called BRISPEC. BRISPEC was an eight-year FBI investigation and the first of its kind that targeted members of the state legislature and their aides who had accepted campaign contributions in exchange for their votes on “special interest” bills. The investigation led to the conviction of California State Senators Joseph B. Montoya, Paul Bruce Carpenter, and Alan Robbins on various RICO, extortion, and other charges. 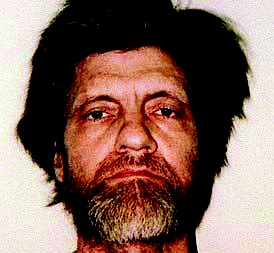 In a major white-collar crime investigation in the 1990s, medical providers were charged with defrauding California’s Medi-Cal Program of over $2.9 million—one in a series of indictments under the Sacramento Division’s “Phony Pharm” and “Unwholesum” health care fraud initiatives. During one scam, providers submitted phony claims to Medi-Cal—using patient names and identification numbers bought on the black market—for blood tests that were never performed. To date, more than 80 medical providers have been charged with defrauding the Medi-Cal program of over $38 million. Forty individuals have pled guilty.

In 1999, the Sacramento Joint Terrorism Task Force prevented a potentially devastating act of domestic terrorism. Three members of a right-wing militant group were plotting to blow up two propane tanks in Elk Grove, California. The tanks, each holding approximately 12 million gallons of liquid propane, were part of the largest above ground propane facility in North America. It is estimated that their destruction would have caused 12,000 deaths, widespread fire, and third-degree burns among individuals within five miles or more of the explosion.

The trio—Donald Rudolph, Kevin Ray Patterson, and Charles Dennis Kiles—dubbed the two tanks the “Twin Sisters” and viewed the propane tank farm as “a target of opportunity.” The plot originated in 1996, when many militia groups were tasked to identify targets in their area that were susceptible to sabotage and that, if destroyed, would cause a major disturbance and lead the government to declare martial law. This plan was part of a larger conspiracy by militia groups to undermine and destabilize the federal government. Rudolph, Patterson, and Kiles intended to carry out the plan in late 1999.

In the aftermath of the September 11 attacks, the Sacramento Division made counterterrorism its top investigative priority but continued to pursue a wide-range of cases.

Working largely through its Joint Terrorism Task Force that had been created in July 1998 to unite the efforts of federal, state, and local law enforcement and intelligence agencies, the Division pursued terrorist plots and attempts to raise money and provide support for terrorist activities.

In 2006, the Sacramento Joint Terrorism Task Force, with assistance from the U.S. Forest Service and California forestry officials, arrested three members of the radical environmental group Earth Liberation Front. The trio was charged with conspiring to destroy federal property, cell phone towers, and power generating facilities. Two pled guilty that year; the third was convicted at trial in 2007.

In other investigative matters, the Sacramento Division continued to successfully develop white-collar crime cases, investigating a wide variety of medicare and health industry fraud, mortgage fraud, and embezzlement cases. Agents also avidly pursued child predators and pornographers who used the Internet to target their victims. And the Division’s Violent Crimes Task Force pursued serial bank robbers like the “Grandpa Bandit” and the “Spiderman Bandit” as well as the violent gang Nuestra Familia.

For more information on Sacramento and the Bureau over the years, please visit the FBI History website.