The modern Minneapolis Division was launched in September 1949. The office had been stationed in St. Paul, but the changing nature of threats facing the region suggested that the “City of Lakes” was a better location. The new Division set up shop in the North American Life and Casualty Building on 1750 Hennepin Avenue.

The Division’s territory included not only Minnesota, but also North and South Dakota, making it one of the Bureau’s largest offices in terms of geographical coverage. It remains so today.

During its first decades, the office handled a wide variety of federal cases as well as a range of criminal matters related to the several Indian reservations that fell within its territories. Criminal cases tended to represent more than half of the work of the office (1960 appears to have been the exception here), but security and applicant matters were also important.

In 1955, the Minneapolis Division relocated to new office space on the fourth and fifth floors of the five-story WCCO Building. In 1961, the Division moved into new office space in the Federal Building and U.S. Courthouse at 110 South Fourth Street.

The Minneapolis Division helped the state deal with the aftermath of natural disasters like the floods of 1964 and 1972. Hundreds were killed in the 1972 floods and subsequent bursting of the Canyon Lake Dam, and the FBI’s Disaster Squad was called in to provide assistance in identifying the deceased.

In 1972, Virginia Piper—the wife of investment banker Harry C. Piper, Jr.—was abducted from her home in Orono by two masked gunmen. After the payment of a million-dollar ransom, believed to be the largest in U.S. history at the time, she was found alive 48 hours later, handcuffed and chained to a tree in woods near Duluth. Two suspects were convicted in 1977, but an appeals court overturned the verdict and the suspects were acquitted on retrial.

During the 1970s, radical violence on Indian reservations, especially the Oglala Sioux Reservation at Pine Ridge, South Dakota, became the scene of intense conflict between members of the American Indian Movement (AIM) and federal officials. AIM was one of several groups at the time that combined protected political speech and action with an array of criminal—and often violent—activity. The FBI pursued them for the crimes they committed, not the politics they espoused.

On February 27, 1973, members of AIM seized the town of Wounded Knee on the Pine Ridge Reservation in order to draw attention to their political platform. Federal authorities, including U.S. Marshals and FBI agents, cordoned off the area and sporadic violence continued for several months. In May, an accord was reached, and the occupation was lifted.

The FBI continued to seek AIM members for crimes committed at Pine Ridge and other places. In the most tragic of such cases, Special Agents Jack R. Coler and Ronald A. Williams were killed on June 26, 1975 while attempting to serve an arrest warrant for robbery and assault with a dangerous weapon on the Oglala Sioux Indian Reservation. The agents were pursuing the subject of the warrant when they came under heavy fire. Vastly outgunned, the agents were severely wounded and then executed. Four people were indicted for the murders; two were acquitted and one had charges dismissed. The fourth person—Leonard Peltier—fled the scene and ultimately hid in Canada. He was eventually arrested, convicted for the murders, and sentenced to two consecutive life terms in prison. 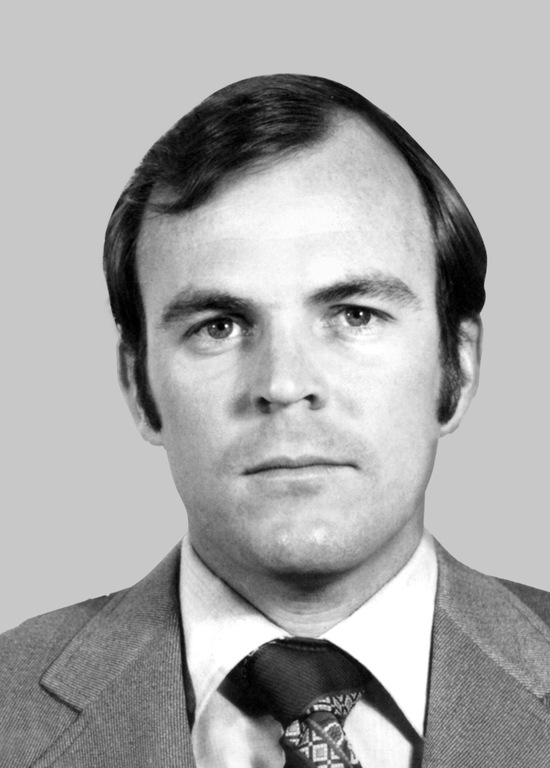 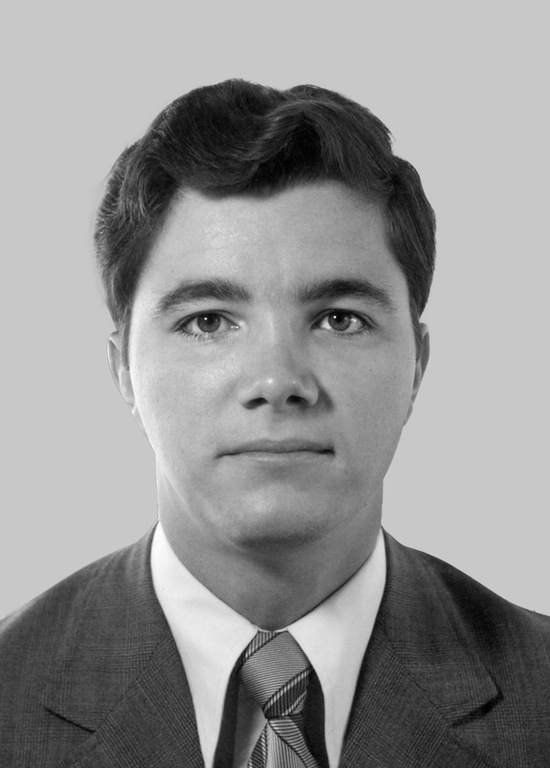 In May 2000, the Minneapolis Division released a broader report accounting for Native American deaths on the Pine Ridge Indian Reservation.

Tragedy again struck the Division in August 1977 when Special Agents Trenwith S. Basford and Mark A. Kirkland were killed in northern Minnesota following an airplane crash into Dewey Lake. Special Agent Basford was piloting his personally owned plane, which had been approved for official use. The agents were helping conduct an aerial surveillance when the crash occurred.

With the end of the Cold War, FBI priorities began to change, and Minneapolis adapted to address new threats. Violent crime was in the news and at the top these priorities. To combat the problem, the Bureau was building on its experience in working with other agencies, and Minneapolis was no exception. In June 1992, the Division established the Minnesota Fugitive Task Force under the auspices of the FBI’s Safe Streets Program. This interagency joint task force was staffed with investigators representing all major Minneapolis metropolitan area law enforcement agencies. During its first year alone, the task force was responsible for the arrest and/or location of over 300 violent fugitives.

In 1991, the Minneapolis Division relocated from the federal building on South Fourth Street to Suite 1100, 111 Washington Avenue South. 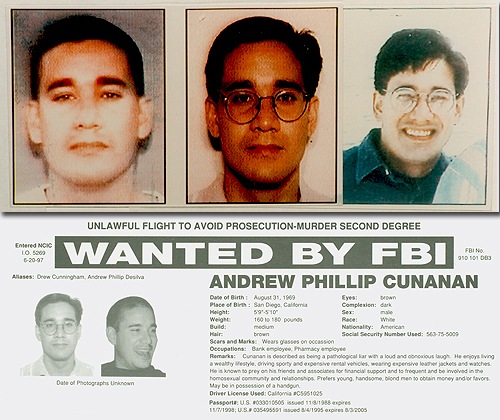 Throughout the 1990s and into the new century, the Division handled some major violent crimes. Top Ten Fugitive serial killer Andrew Cunanan was sought for a Twin City murder, among others, until it was discovered that he killed himself in the face of a nationwide manhunt. The investigation of the 6-0 Tre Crips Gang for the 1994 arson murders of a family (including five children ages 2 to 11) in revenge for a suspected breach of the gang’s “code of silence” led to the conviction of several gang members.

In 2001, Minneapolis fugitive Hopeton Eric Brown was placed on the FBI’s Ten Most Wanted Fugitives list. Brown was sought for his involvement in drug-related activities as well as for the murder of a man and the attempted murder of a woman in Minnesota in 1997. Jamaican authorities also charged Brown with two other 2001 murders committed in Montego Bay. Brown was the 462nd person to be placed on the FBI’s Ten Most Wanted Fugitives list and the seventh fugitive wanted by Minneapolis to make the list. He was profiled twice on the television program America’s Most Wanted. Brown died in a shoot-out with Jamaican police in 2004.

The Division pursued many other important matters as well, from providing forensic assistance in the 1999 plane crash and death of golfer Payne Stewart and his companions to a wide range of national security matters.

Following the 9/11 attacks, the Minneapolis Division—like the rest of the Bureau—made preventing terrorist attacks its top priority. It continued, for example, pursuing leads arising from the case of Al Qaeda operative Zacarias Moussaoui, who had been arrested prior to the 9/11 attacks. In May 2006, Moussaoui was sentenced to life in prison for his participation in the 9/11 conspiracy.

Two additional Al Qaeda-affiliated individuals were charged in Minnesota: Mohammed Warsame pled guilty in 2009 to providing material support to Al Qaeda, and Mohammed Kmal El-Zahabi was convicted of visa fraud in 2007. Both men were removed from the country.

The Division also addressed cyber crime and many Indian Country matters. In 2006, the Division opened a Child Advocacy Center in Pierre, South Dakota with the Department of Justice and our tribal partners to address ongoing crimes against children on Native American reservations. Minneapolis also operates a Safe Trails Task Force out of Bemidji, Minnesota…Bismarck, North Dakota…and Pierre, South Dakota…to investigate illegal drug trafficking on and around nearby Indian reservations.

In 2010, the FBI established a Safe Street Violent Gang Task Force in the Twin Cities. It is the primary investigative unit focusing on violent street gangs in Minneapolis and St. Paul.

Service to the community remained crucial, too, as Minneapolis personnel as well as employees across the Bureau responded to the collapse of the I-35W bridge span in 2007.

In February 2012, the Minneapolis Division moved to its current location at 1501 Freeway Boulevard in Brooklyn Center.

Even as the Bureau’s priorities change to face new and growing threats, Minneapolis continues to provide a wide range of investigative expertise and support to the people of Minnesota, South Dakota, and North Dakota. 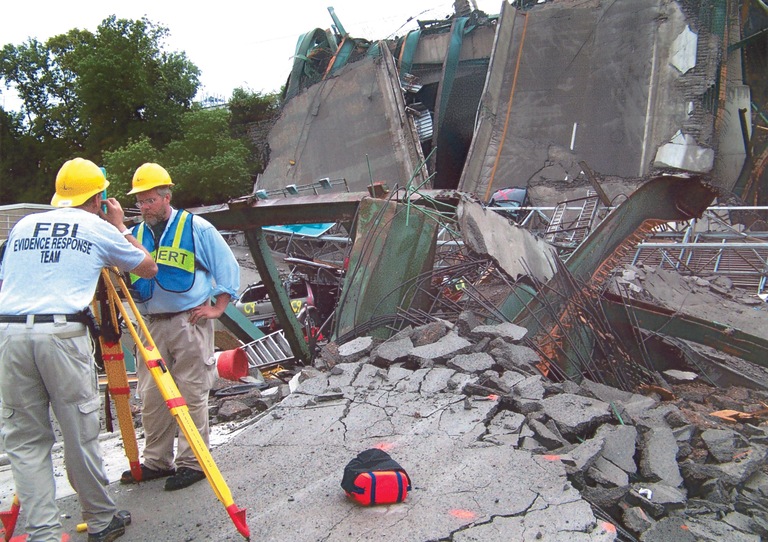