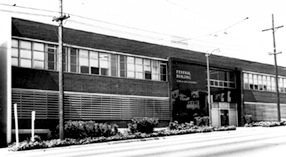 The FBI has conducted investigations in the Los Angeles area since its founding as an organization in 1908. By the start of 1914, the Bureau had opened a permanent office in the city under the leadership of Special Agent in Charge John M. Bowen.

During its first two decades, the Los Angeles Division investigated the growing range of cases under Bureau jurisdiction, from Neutrality Act matters that led to the arrest of Mexican revolutionaries in 1909 to the interstate transportation of Jack Dempsey fight films that resulted in more than 25 arrests in 1924.

Over the next two decades, the office continued to grow and chalk up important investigative successes—including cases involving attempts to extort Hollywood celebrities like Betty Grable and the 1937 kidnapping and murder case of greeting card manufacturer Charles Sherman Ross.

In the mid-1930s, the division also began to focus on major national security concerns. There was a noted increase in signs of spying, especially by Japanese nationals who had come to the U.S. to learn English. The onset of World War II further elevated the importance of espionage, sabotage, and subversion investigations by the Los Angeles Division and the entire Bureau.

During the war years, Los Angeles agents pursued a wide range of national security matters—from Nazi propaganda and security threats to a rising problem with Soviet intelligence and the efforts of the Communist Party of the United States to further its cause (including attempts to infiltrate the Manhattan Project). With the start of the Cold War, the division continued to pursue Soviet intelligence threats across its jurisdiction, including Community Party subversion in Hollywood, local unions, and California schools.

As with many other FBI field offices, the social unrest of the 1960s and 1970s placed new responsibilities on the Los Angeles Division. In 1968, for example, agents investigated Sirhan Sirhan—who assassinated Robert F. Kennedy at the Ambassador Hotel in Los Angeles—to determine if he had any accomplices and to develop a full picture of his actions. The division also probed the terrorist activities of groups like the Symbionese Liberation Army, which kidnapped newspaper heiress Patty Hearst in 1974.

In 1984, Los Angeles hosted the Summer Olympic Games, and FBI Los Angeles was crucial to providing security for the event. The Bureau’s new Hostage Rescue Team—created to respond to potential terrorist attacks like the one at the 1972 Munich Olympic Games—worked closely with FBI Los Angeles and the many agencies involved in ensuring the safety of the events.

During the 1980s and 1990s, FBI Los Angeles continued to investigate major violent crimes and national security threats. In 1984, agents arrested a defense contractor engineer named Thomas Patrick Cavanagh, who tried to sell secrets on U.S. radar deflecting stealth bombers to undercover FBI agents posing as KGB officers. That same year, the division arrested the first FBI agent charged with espionage—Richard Miller, who was ultimately convicted and sentenced to life in prison. In 2001, FBI Los Angeles again arrested one of its own on espionage charges—Special Agent James Smith—along with his informant Katrina Leung. 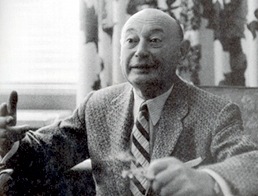 The rise of violent street gangs like the Crips, the Bloods, and MS-13 began to challenge the division in the 1980s. In response, FBI Los Angeles increased its cooperative efforts with other law enforcement and criminal justice agencies in the region. Safe Streets Task Forces were created starting the early 1990s, and many other joint task forces and investigations have been launched since, helping to dismantle gangs and reduce violence in area communities.

The division has also investigated some high-profile civil rights investigations over the years—from the attack on a Jewish community center in 1999 by Buford Furrow to various allegations of police abuse (including the Rodney King beating in 1991).

With the globalization of crime and terror, international law enforcement cooperation has become increasingly important in recent years. In 1994, for example, the Los Angeles Division partnered with the Russian MVD in a massive bank fraud and embezzlement case. The investigation uncovered the theft of some $60 million from businesses, government institutions, banks, and more than 4,500 bank depositors in Moscow over a three-year period.

In the early 2000s, Marlo and Ethyl McGuire became the FBI’s first mother-daughter team of agents. At one time, both served in the Los Angeles Division. Ethel McGuire has retired from the Bureau.

Cooperation was crucial to stopping the so-called Millennium bombing plot as well. On December 13, 1999, a U.S. Customs agent detained Ahmad Ressam as he attempted to cross from Canada into the United States. Ressam had a car load full of explosives that he planned to use to bomb Los Angeles International Airport on the eve of the Millennium 2000 celebrations. The Los Angeles Division played a key role in following up in this arrest and the many leads that followed.

Following the 9/11 attacks, protecting the nation from terrorism has become of the overriding focus of the FBI, including the Los Angeles Division. In response, the division strengthened its Joint Terrorism Task Force—which had been set up in April 1986—and established a Field Intelligence Group to enhance its intelligence capabilities. In 2006, it also joined with the Los Angeles police and sheriff’s department in launching a Joint Regional Intelligence Center to improve coordination and intelligence sharing.

Looking forward, the Los Angeles Division is committed to building on its century of service to protect the liberty and security of its citizens and communities and the nation as whole.