By at least 1944, the Salt Lake City Division was operating a resident agency in Las Vegas, and it became one of the largest in the Bureau. In early 1960s, the city of Las Vegas was growing rapidly, and the Bureau’s caseload there was rising right along with it. As a result, FBI Headquarters ordered the transfer of all cases and files pertaining to Nevada from the Salt Lake City Division to Las Vegas. In December 1960, John H. Williams was designated Special Agent in Charge and in February, 1961, the opening of the new division was announced. The new division was first housed in an office at 300 Fremont Street, but moved into a new federal building at 11th and Bridger Streets in May 1961.

The threat of organized crime has long been an issue in Las Vegas. During the 1960s, the division investigated mob influence in the gaming industry, gathering criminal intelligence about the work of such mobsters as Sam Giancanna and Vito Roselli. During the next decade, FBI Las Vegas worked with other field offices to apply new racketeering laws and undercover techniques in the fight against organized crime.

Throughout its history, the Las Vegas Division has captured a number of Ten Most Wanted Fugitives and handled many bank robbery and kidnapping cases—often working with state and local partners. In 1968, the division captured two Top Ten fugitives and identified the remains of a third. In 1963, FBI Las Vegas also provided key assistance in the investigation of the kidnapping of Frank Sinatra, Jr., which led to the arrest of three individuals.

In 1979, Las Vegas agents raided the Tropicana Hotel on Valentine’s Day as part of its probe of gaming executive Carl Thomas, who was believed to be linked to the Civella crime family of Kansas City. Resulting convictions help break organized crime’s control of the Tropicana, leading to an upheaval in the gaming industry. Strong organized crime work continued into the 1980s and 1990s through such cases as Operation Thin Crust in 1997, which sought to identify the assassins of “Fat Herbie” Blitzstein, the Vegas point-man for a Chicago mob family.

In August 1980, a strange case unfolded in Nevada, when men wearing white jumpsuits secretly wheeled a well-constructed bomb into Harvey’s Resort Hotel and Casino near Lake Tahoe. A note left with the bomb demanded $3 million in cash to disarm the device. After the hotel was evacuated, FBI bomb experts unsuccessfully tried to defuse the bomb; the resulting explosion did extensive damage to the building. Meanwhile, an FBI investigation fingered the primary culprit—John Birges, Sr., said to be an inveterate gambler who had lost a substantial amount of money at Harvey’s. Birges went to prison; his two sons were also charged as accomplices.

In 1990, FBI Las Vegas lost its first and only agent in the line of duty—Special Agent John L. Bailey. On June 25, Agent Bailey was fatally wounded during an attempted armed robbery of a Las Vegas bank. The agent was in the bank serving a subpoena when he was alerted to a robbery in progress. He disarmed the bank robber, but the man lunged at the agent and knocked away his gun. The robber then recovered his own weapon and shot Agent Bailey three times. In 2007, the new Las Vegas FBI building was named in honor of Special Agent John Lawrence Bailey. 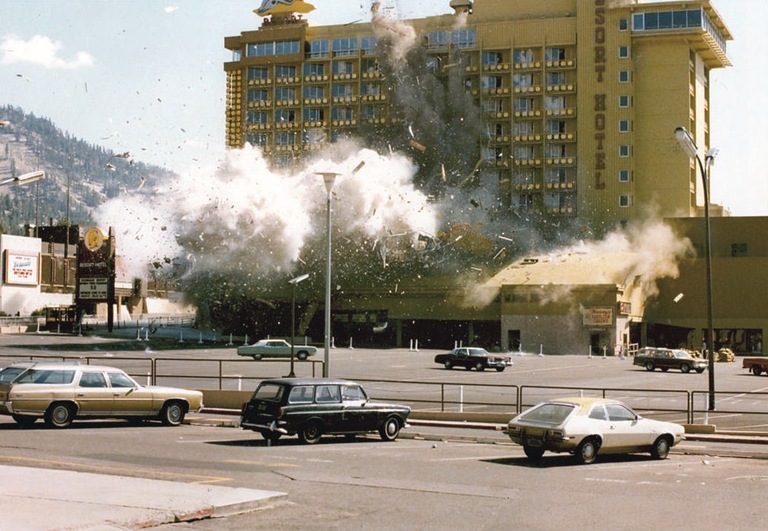 The division has also battled drug trafficking in Las Vegas and throughout Nevada. In one undercover case—Operation Madonna—FBI agents identified two large-scale cocaine and methamphetamine traffickers in January 2000. That led to suppliers in California and Mexico who were directing cells in Las Vegas. Ultimately, nine of 11 defendants arrested pled guilty in the investigation.

Following 9/11, the division’s focus has shifted to countering terrorist threats and improving its intelligence work. It launched a Joint Terrorism Task Force in June 2002 and a Field Intelligence Group in 2003, building stronger partnerships along the way. Its criminal investigative work has continued as well. The division created CATS (Criminal Apprehension Teams) with federal, state, and local partners to identify and target for prosecution violent fugitives and felons who have committed criminal acts within the Las Vegas Valley area and those believed to have subsequently fled Nevada.

With new tools and capabilities and growing partnerships, FBI Las Vegas is committed to continuing its work to defend the people and protect the nation.