The Bureau’s first field office in Cincinnati opened in 1913 under the leadership of Special Agent in Charge Hinton G. Clabaugh. Over the next several years, as the Bureau’s responsibilities grew, the office investigated everything from interstate prostitution to potential espionage during World War I. 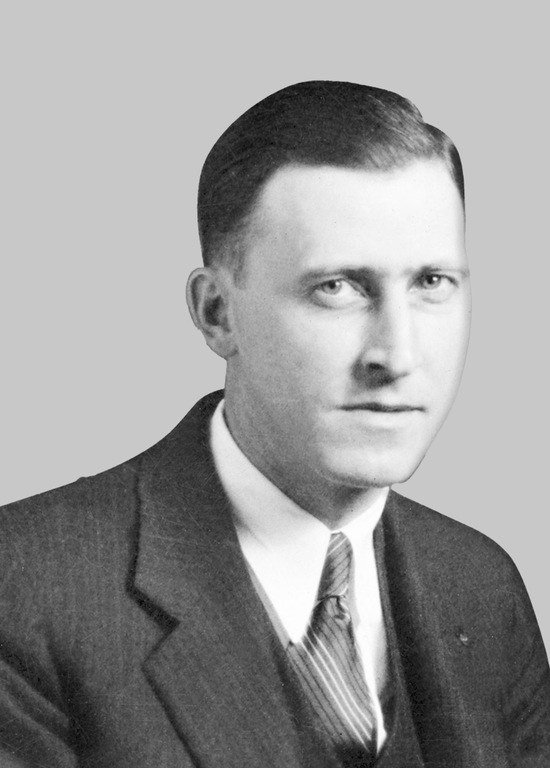 In 1920, Cincinnati became one of the Bureau’s eight field divisions, overseeing much of the administrative work of several other offices. In 1926, the division was moved to Columbus, Ohio.

In November 1929, an office in Cincinnati was reopened with L.C. Schilder as special agent in charge. At that time, the division’s territory was far-ranging, encompassing all of Ohio and parts of Kentucky and Indiana. When Bureau offices were established in Indianapolis in 1934 and Cleveland in 1935, the Cincinnati Division’s territory was limited to the Southern Judicial District of Ohio. Still, the division handled a large and diverse number of cases, from helping to pursue John Dillinger to breaking up a number of significant interstate prostitution rings.

On August 16, 1935, the division lost its first agent in the line of duty—Special Agent Nelson B. Klein. The 37-year-old Klein and another agent were pursing a man named George Barrett for car theft and other charges when they tracked him to the northeast border of Indiana. The agents spotted Barrett and asked him to surrender, but he opened fire. Klein was mortally wounded, but his return fire struck Barrett in both legs. The criminal was captured and ultimately convicted of the murder. He was the first person to receive the death penalty under 1934 legislation that outlawed the murder of a federal agent.

With the advent of World War II in 1939, the focus of the division—along with the rest of the Bureau—turned to national security matters. In the coming years, the Cincinnati office searched for spies, helped strengthen the security of manufacturing plants in the area, searched for draft evaders and enemy aliens, and handled other war-time responsibilities. When a band of Nazi saboteurs landed on U.S. soil in 1942, Cincinnati agents helped track down their various contacts.

One odd case came along in 1945. A highly explosive thermite bomb was on exhibit at the Gibson Hotel in Cincinnati when a curious newspaper boy picked it up and dropped it out of the window, scaring nearby pedestrians. Cincinnati agents responded to the scene along with police and fire personnel. The bomb didn’t ignite, and no one was harmed.

As World War II came to an end, the Cincinnati Division joined the rest of the FBI in handling Cold War espionage and related national security cases. Meanwhile, agents continued to handle a variety of criminal investigations—such as pursuing two robbers who stole $160,000 from a bank in Thornville and a group of individuals who sabotaged telephone lines. In late 1947, the division’s work led to the indictment of 17 people in connection with a major prostitution ring operating in and around Ohio.

Some cases were easier than others. In 1950, a fugitive named Fred Whiteacre stopped to stare at his own wanted poster in a federal building. He was quickly arrested by Cincinnati agents. The division also worked to identify surreptitious communist influence in certain unions and to halt attempts by bookies to fix games by intimidating college basketball players. In May 1959, division agents arrested the last escaped prisoner of war from World War II—a German soldier who had been captured in northern Africa but had escaped confinement in Ohio in 1945. The soldier lived and worked under an assumed identity for years, but ultimately turned himself in to the Bureau.

The division continued to tackle a wide range of cases during the 1960s and 1970s.

In 1963, agents investigated the fraudulent awarding of contracts at a local air force base. Two years later, the office assisted the Bureau’s disaster squad in responding to the crash of an American Airlines flight that killed 58 people near Cincinnati. In the late 1960s, agents tracked the radical activities of black nationalists like H. Rapp Brown, hoping to gain insight into the race riots taking place across the nation. In 1969, the division joined with the FBI office in New Orleans and IRS agents in building a successful case against organized crime figures Sam DiPiazza and William Demming on illegal gambling, tax violation, and other charges. Stronger laws in the coming years would help the FBI to more systematically take down larger Mafia crime families. 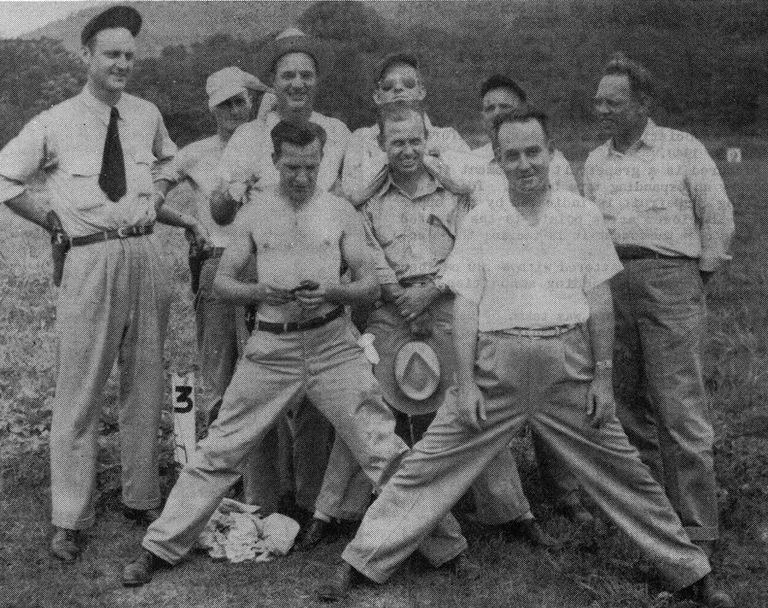 By 1971, a total of 117 special agents and 75 support staff in Cincinnati were handling an average workload of 2,398 criminal cases, 1,118 national security investigations, and 169 applicant and other matters. In the late 1970s, Cincinnati agents rescued a three-year-old boy kidnapped from his home and arrested two brothers who plotted to blow up an Ohio school.

During the next two decades, the division focused largely on cases of white-collar crime, violent crime, property crime, organized crime, and foreign espionage. 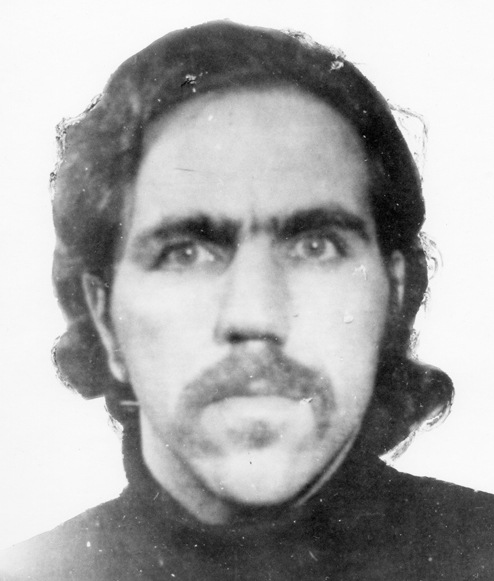 In December 1982, tragedy struck when four Chicago Division agents were killed in an airplane accident near Montgomery, Ohio. The agents—Terry Burnett Hereford, Charles L. Ellington, Robert W. Conners, and Michael James Lynch—were accompanying bank fraud suspect Carl Henry Johnson and an individual from the law firm representing him to an area where agents believed Johnson had stashed $50,000 in embezzled money. The plane—which was piloted by two of the agents and was apparently experiencing problems with its altitude readings—crashed on approach to Lunken Airport. No one aboard survived.

On November 4, 1984, local police and Cincinnati agents arrested Ten Most Wanted fugitive Raymond Luc Levasseur and his wife in Deerfield, Ohio. A founding member of a left-wing terrorist group known as the United Freedom Front, Levasseur had been placed on the FBI’s Top Ten list in 1977 for his role in a series of bombings and bank robberies across the northeastern United States. He was convicted in 1986 and served in prison until 2004. On November 3, 1988, the division arrested another Top Ten fugitive, John Edward Stevens, who was sought in connection with 22 bank robberies across the country.

In the late 1980s, the office handled a number of significant cases, including the collapse of the Home State Savings Bank of Cincinnati and a wide-ranging scheme to fix harness races that led to the indictment of more than a dozen conspirators. From 1986 through 1989, the Cincinnati Division investigated the illegal gambling activities of baseball star and Cincinnati Reds manager Pete Rose, who was later banned from the game. In the late 1980s, the division also investigated a hospital attendant named Donald Harvey, who claimed to have murdered as many as 87 people while working in various medical facilities in Kentucky and Ohio. Harvey was eventually sentenced to several life terms.

In the 1980s, Cincinnati agents and IRS investigators began investigating price-fixing in the sale of industrial diamonds used for cutting and grinding tools. The case—which made use of court-authorized wiretaps and the federal witness protection program—led to indictments in March 1994.

In July 2001, division agents arrested Danny William Kincaid, the Ohio leader of the white supremacist group known as Aryan Nations, for possessing an explosive device and a trove of other weapons. He pled guilty the following year.

Following the events of 9/11, the Cincinnati Division joined with the rest of the Bureau in making the prevention of terrorist attacks its top priority. It strengthened its Joint Terrorism Task Force, which has components in both Cincinnati and Columbus, and set up a Field Intelligence Group.

The terror task force was soon involved in some key investigations. In 2003, working with agents from FBI Headquarters and various partners, the Cincinnati Division began investigating an Ohio truck driver named Iyman Faris. Faris admitted having personal contact with several individuals tied to terrorism, and agents later learned that he had been tasked by al Qaeda operatives with attacking the Brooklyn Bridge and other targets. He pled guilty to terrorism support charges and was sentenced to 20 years in prison in October 2003. Faris also led investigators to Nuradin Abdi—a Somali national living in Columbus—who had plotted with Faris to blow up a shopping mall and discussed potential missile attacks against U.S. landmarks. Abdi pled guilty to various terrorism support charges in July 2007. A third co-conspirator, Christopher Paul, pled guilty in June 2008 to plotting to use a weapon of mass destruction against targets in the United States and Europe.

Meanwhile, the division continued its work on criminal cases, investigating everything from mortgage fraud and other white-collar crimes to drug trafficking and child pornography.

With new intelligence capabilities, new and deepened cooperation with a variety of law enforcement and intelligence partners, and new post-9/11 legal authorities and resources, the Cincinnati Division is committed to continuing its work to protect local communities and the country from a range of national security and criminal threats.