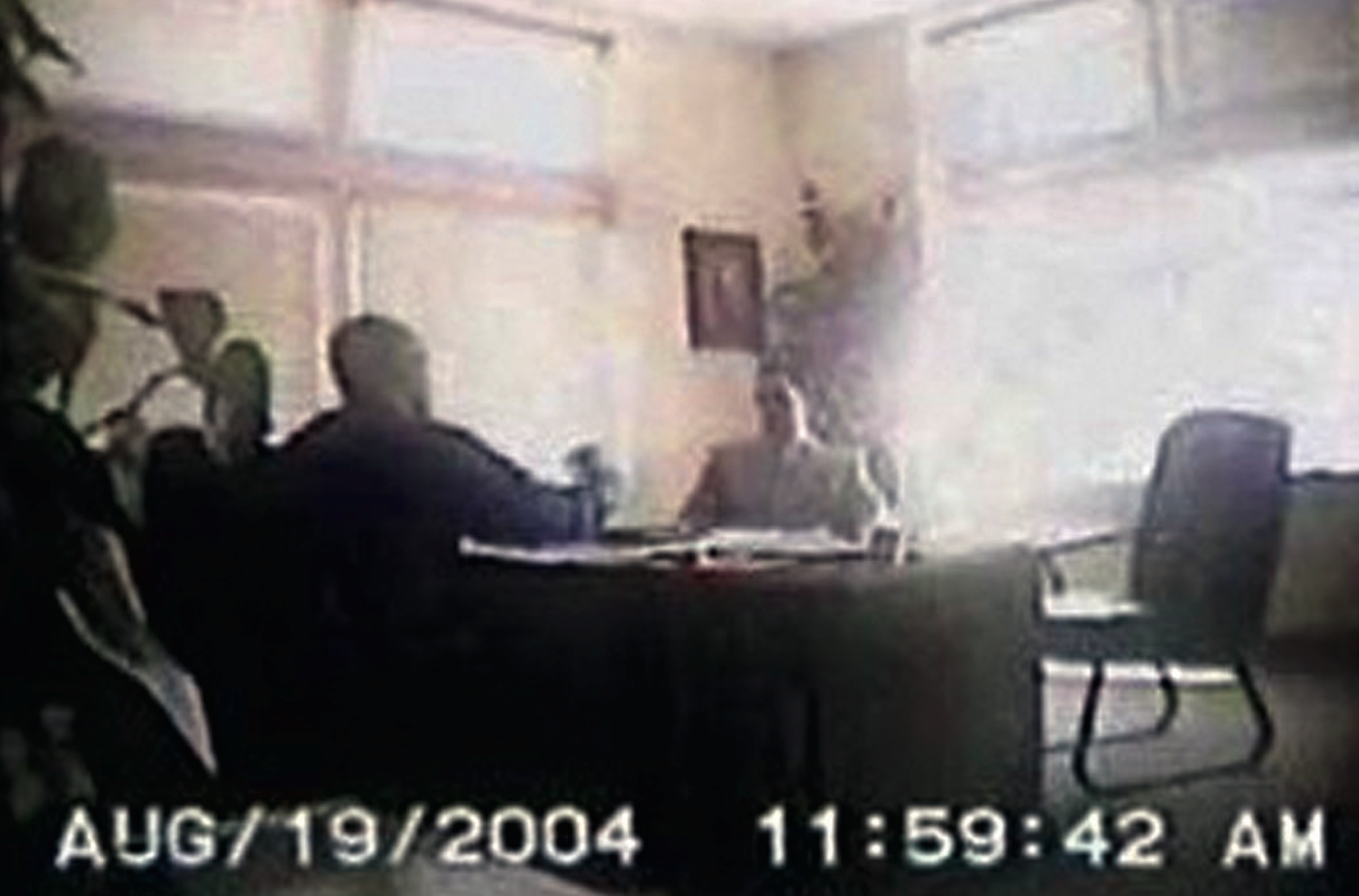 One of the subjects in the Tennessee Waltz public corruption case (right) makes a deal with an FBI undercover agent in August 2004. The investigation led to the convictions or guilty pleas of a dozen state and local public officials—including several state senators, a state representative, two county commissioners, and two school board members—and helped spur new state ethics laws in Tennessee.

All ugly terms that were part of an FBI public corruption investigation that lasted six years.

In April 2008, the undercover sting known as “Tennessee Waltz” (coincidentally, also the official state song), ended where it started: a contractor working in Shelby County Juvenile Court Clerk’s Office was sentenced for his role in a corrupt invoice scam, accepting money for work never performed.

He was the 12th and final subject brought to justice in the case.

Tennessee Waltz was a landmark investigation: it not only led to the convictions or guilty pleas of a dozen state and local public officials—including several state senators, a state representative, two county commissioners, and two school board members—but also to new state ethics laws and the creation of an independent ethics commission in Tennessee.

It began in May 2002, when our Memphis office opened an investigation into reports of fraud and corruption in the Juvenile Court Clerk’s Office. One of the individuals we questioned—a well-known lobbyist who was consulting for that office— admitted to wrongdoing and agreed to cooperate and wear a wire to record conversations with suspects.

It wasn’t long before our lobbyist was approached by an employee in the office who claimed to be a close acquaintance of several state legislators. The employee advised the lobbyist that he was a “bagman” for these politicians—and that, in exchange for money, these lawmakers would vote on legislation that would benefit the lobbyist’s clients.

So our corruption investigation expanded—from local government to the state legislature. In the fall of 2003, we launched an undercover operation to address what appeared to be a widespread public corruption problem.

As part of the operation, we set up a fictitious company that recycled surplus electronic equipment to third world countries. We let it be known that we wanted legislation that would benefit our company, and we wanted exclusive contracts with local governments. Our undercover agents offered bribes to individuals who—based on information we had—we believed would take them...and they did. And then they told their colleagues, who in some instances took bribes as well.

Some of the corrupt politicians even introduced legislation that we drafted (but no legislation was ever passed). All told, we paid out more than $150,000 in bribe money by the time the undercover portion of Tennessee Waltz ended in 2005.

The case, worked with the help of the Tennessee Bureau of Investigation, is one of our most successful examples to date of how we use lawful sensitive techniques like undercover operations to investigate allegations of systemic corruption.