On June 2, 1919, a militant anarchist named Carlo Valdinoci blew up the front of newly appointed Attorney General A. Mitchell Palmer’s home in Washington, D.C.—and himself up in the process when the bomb exploded too early. 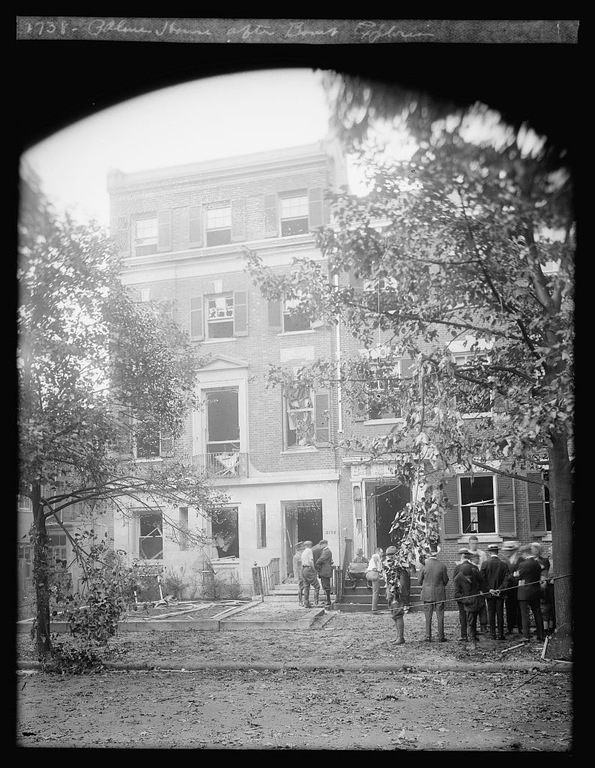 A young Franklin and Eleanor Roosevelt, who lived across the street, were also shaken by the blast.

The bombing was just one in a series of coordinated attacks that day on judges, politicians, law enforcement officials, and others in eight cities nationwide.

About a month earlier, radicals had also mailed bombs to the mayor of Seattle and a U.S. Senator, blowing the hands off the senator’s domestic worker. The next day, a postal worker in New York City intercepted 16 more packages addressed to political and business leaders, including John D. Rockefeller.

It was already a time of high anxiety in America—driven by a deadly wave of the pandemic flu, the Bolshevik revolution in Russia and ensuing over-hyped “Red Scare,” and sometimes violent labor strikes across the country.

The nation demanded a response to the bombings, and the Attorney General—who had his eye on the White House in 1920—was ready to oblige.

Palmer created a small division to gather intelligence on the radical threat and placed a young Justice Department lawyer named J. Edgar Hoover in charge. Hoover collected and organized every scrap of intelligence gathered by the Bureau of Investigation (the FBI’s predecessor) and by other agencies to identify anarchists most likely involved in violent activity. The young Bureau, meanwhile, continued to investigate those responsible for the bombings.

Later that fall, the Department of Justice began arresting, under recently passed laws like the Sedition Act, suspected radicals and foreigners identified by Hoover’s group, including well-known leaders Emma Goldman and Alexander Berkman. In December, with much public fanfare, a number of radicals were put on a ship dubbed the “Red Ark” or “Soviet Ark” by the press and deported to Russia.

At this point, though, politics, inexperience, and overreaction got the better of Attorney General Palmer and his department. Hoover—with the encouragement of Palmer and the help of the Department of Labor—started planning a massive roundup of radicals.

By early January 1920, the plans were ready. The department organized simultaneous raids in major cities, with local police called on to arrest thousands of suspected anarchists. But the ensuing “Palmer Raids” turned into a nightmare, marked by poor communications, planning, and intelligence about who should be targeted and how many arrest warrants would be needed. The constitutionality of the entire operation was questioned, and Palmer and Hoover were roundly criticized for the plan and for their overzealous domestic security efforts.

The “Palmer Raids” were certainly not a bright spot for the young Bureau. But it did gain valuable experience in terrorism investigations and intelligence work and learn important lessons about the need to protect civil liberties and constitutional rights.