After founding the terrorist organization al Qaeda, he engineered a series of attacks in multiple countries that killed thousands of men, women, and children, often ordinary citizens just going about their daily lives.

Born in 1957 in Saudi Arabia, bin Laden was the son of a wealthy Saudi businessman.

In 1988, after Soviet forces were defeated and withdrew from Afghanistan, bin Laden founded an organization called al Qaeda, or “the Base,” to continue the cause of jihad (holy war) through violence and aggression.

During this time, bin Laden was becoming increasingly hostile to the United States. In particular, he opposed the U.S. military presence in Saudi Arabia and Somalia and sought to drive our nation’s personnel out of these areas by force.

After centering his operations in Sudan in the early 1990s, bin Laden began formulating plans to attack the West with an evolving, deadly new brand of jihad.

Bin Laden and other members of al Qaeda also began issuing fatwas—rulings on Islamic law—indicating that attacks on the U.S. and its citizens were both proper and necessary. Bin Laden later openly declared war on the United States. 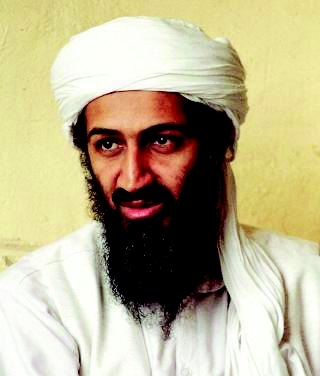 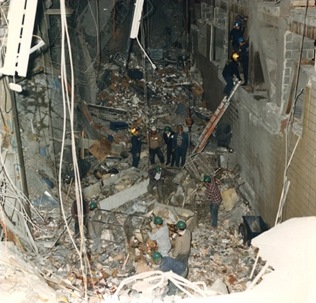 Investigators comb through the rubble following the 1993 bombing of the World Trade Center.

On February 26, 1993, Ramzi Yousef—a young extremist who had trained in one of bin Laden’s camps—led the first major Middle Eastern terrorist attack on American soil by planting a truck bomb beneath the World Trade Center. The plan to topple both towers failed, but six people were killed and more than a thousand were injured.

Following the connections, investigators soon uncovered and foiled a second terrorist plot to bomb a series of New York landmarks.

In approximately 1996, bin Laden and his supporters returned to Afghanistan, where an alliance with the Taliban government provided a secluded safe haven for al Qaeda to train recruits and plan attacks.

The near simultaneous attacks killed more than 200 American, Kenyan, and Tanzanian citizens and wounded another 4,500 people.

A number of top al Qaeda operatives were ultimately captured and convicted for their roles in the bombings. The attacks led to ramped up anti-terror efforts by the U.S. and the FBI, which created its first Counterterrorism Division in 1999, consolidating its many anti-terrorism efforts and capabilities.

On June 7, 1999, the FBI placed Osama bin Laden on its Ten Most Wanted Fugitives list, citing his connection to the 1998 attacks in East Africa.

As a new century dawned, al Qaeda continued its violent attacks. Some major plots failed, including a scheme to bomb the Los Angeles airport on the eve of millennial celebrations.

On October 12, 2000, however, terrorist operatives set off a small boat filled with explosives next to the USS Cole during its fuel stop in Yemen. The attack killed 17 Navy sailors, injured nearly 40 other crew members, and severely damaged the ship. 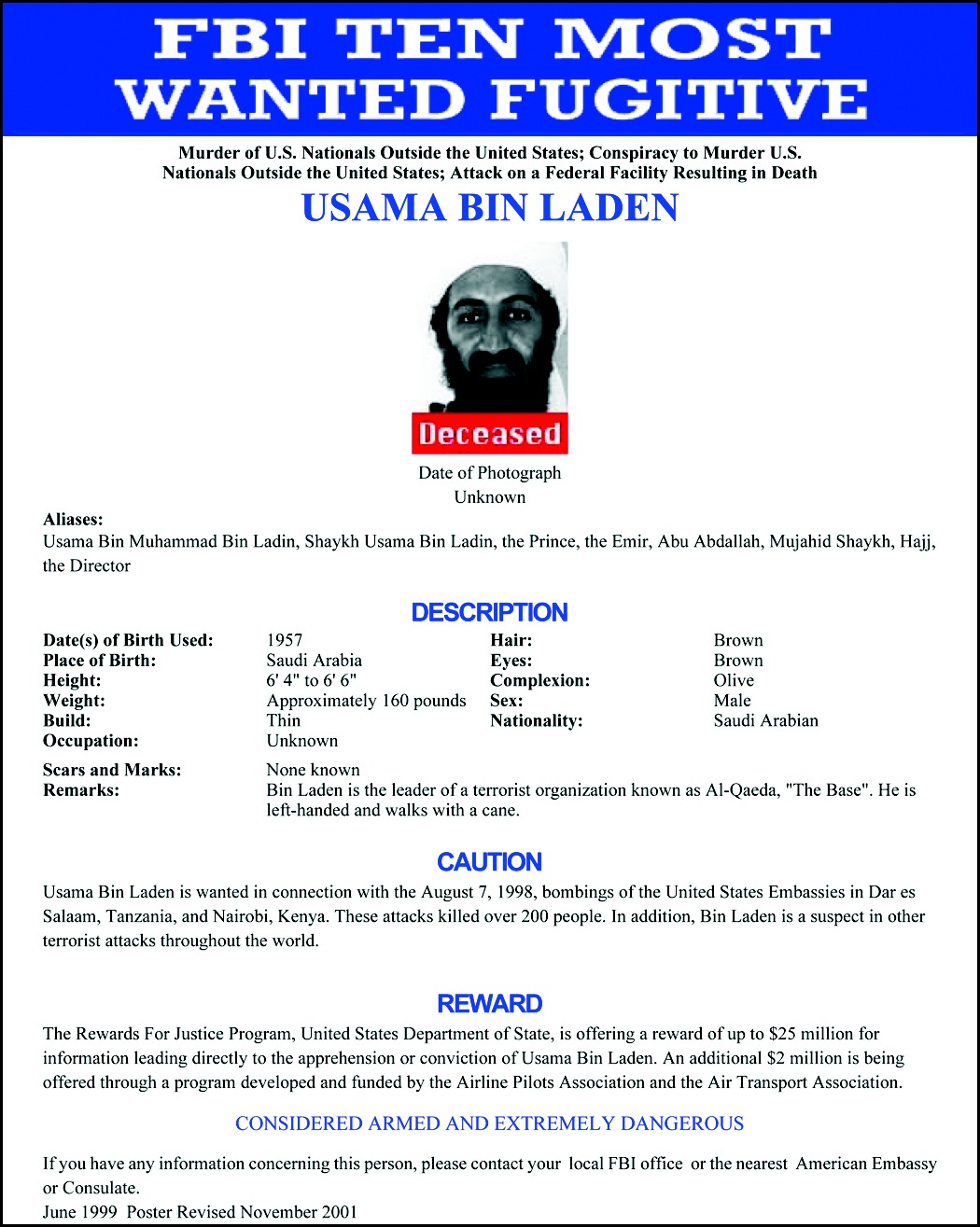 Meanwhile, bin Laden and al Qaeda were plotting to attack America in a more direct and deadly way.

On September 11, 2001, terrorists hijacked four airliners in the eastern United States. They flew three of the planes into buildings: the twin towers of the World Trade Center in New York and the Pentagon in Arlington, Virginia. They crashed the fourth plane in a field in rural Pennsylvania after passengers heroically rebelled. The horrific attacks killed nearly 3,000 people and injured thousands more.

The FBI and its partners quickly learned that the 9/11 attacks were carried out by bin Laden’s terrorist organization. The 19 men who hijacked and crashed the four planes were all trained by al Qaeda, and bin Laden eventually admitted to his role in orchestrating the attacks.

The ensuing 9/11 investigation was the most massive in the history of the Bureau. The attacks led to far-reaching changes in the FBI, which made prevention of terrorist strikes its overriding priority and deliberately set out to be more predictive and intelligence-driven in addressing all major national security and criminal threats.

On October 10, 2001, Osama bin Laden was added to the newly-launched Most Wanted Terrorists List. The U.S. and other nations joined military operations in Afghanistan to find him and other al Qaeda terrorists, but bin Laden managed to elude capture.

In August 2010, U.S. intelligence agencies developed information that Osama bin Laden was likely living in a compound in northern Pakistan. On May 2, 2011, under orders from President Obama, a special operations unit raided the compound and killed bin Laden.

In announcing the successful operation, President Obama said, “Bin Laden was not a Muslim leader; he was a mass murderer of Muslims. Indeed, al Qaeda has slaughtered scores of Muslims in many countries, including our own. So his demise should be welcomed by all who believe in peace and dignity.”