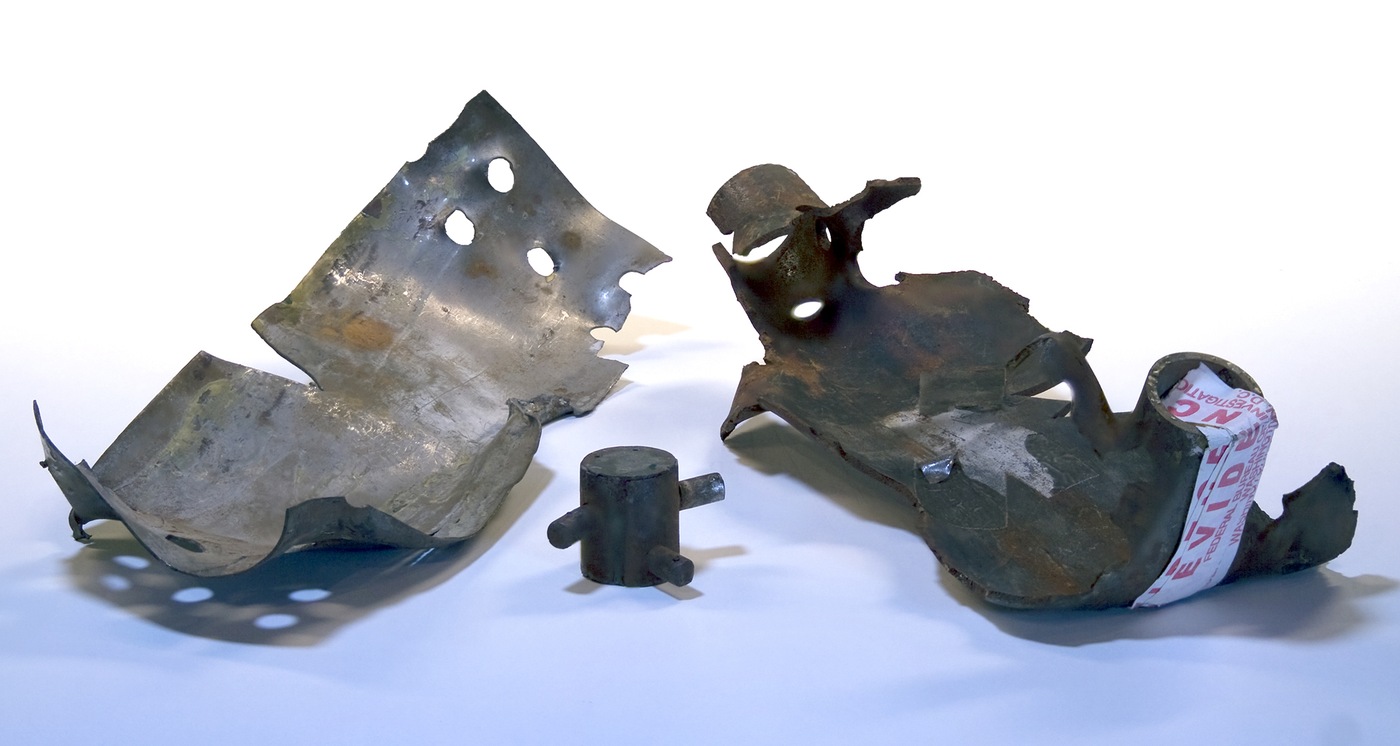 April 3, 2016, is the 20th anniversary of the arrest of Theodore “Ted” Kaczynski, known more widely as the Unabomber. Kaczynski’s first bomb exploded at a Chicago university in 1978. For the next 17 years, he mailed or delivered bombs that killed three people and injured 24 more.

In fact, the name Unabomber was inspired by the case name UNABOM, which is derived from the UNiversity and Airline BOMbing targets. He threatened to blow up airliners, and he worked meticulously to leave no forensic evidence. All Kaczynski’s bombs were made from untraceable scrap material that he could obtain anywhere.

These pieces of one of the bombs stem from the February 1987 bombing at CAAMS Inc., a computer store in Salt Lake City, Utah. The CAAMS Inc. bombing is significant because it gave the FBI its first eyewitness when someone in the vicinity saw a man in a hooded sweatshirt with aviator sunglasses leave the bomb in a bag on the road. In the photo, the middle piece of the bomb shrapnel also bears Kaczynski’s signature inscription—the letters “FC” are etched into one side.

In 1995, the Unabomber sent the FBI a 35,000-word manifesto, which Director Louis Freeh and Attorney General Janet Reno approved to be published. The Washington Post, The New York Times, and Penthouse magazine all published the manifesto. Linda Patrik, wife of Ted’s brother David Kaczynski, recognized the ideas in the writings and convinced her husband to turn in his brother, along with letters and documents he had written, to the FBI. Ted Kaczynski was arrested in 1996 and pleaded guilty in 1998. He is serving a life sentence in a prison in Colorado.