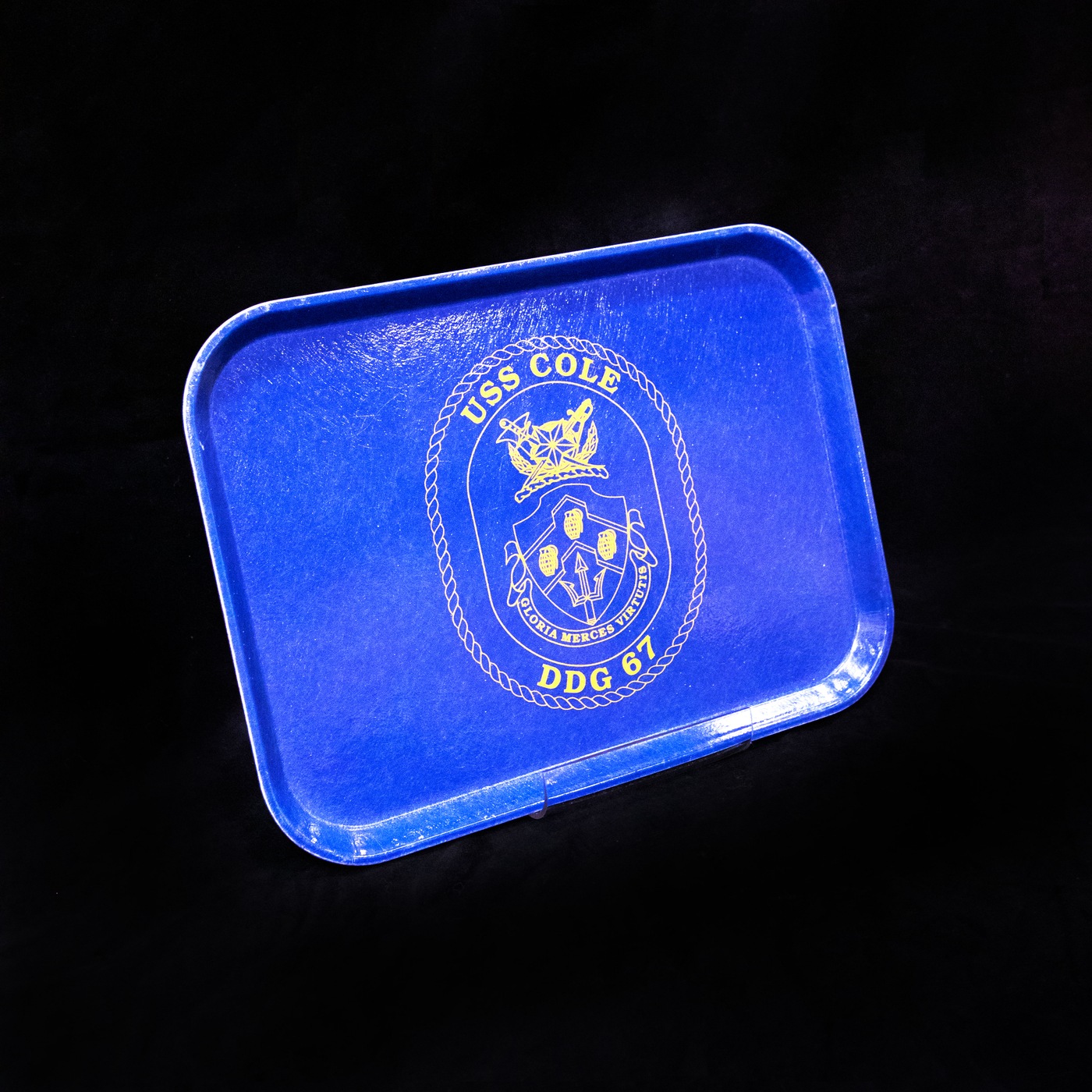 This blue tray was recovered from the USS Cole bombing. (Click image to view high-res.)

As the USS Cole refueled at a port in Aden, Yemen, on October 12, 2000, two suicide bombers steered a boat full of explosives alongside the destroyer. Around 11:18 a.m., the boat exploded.

The blast tore a 40-foot-wide hole in the port side of the USS Cole near the galley where the crew had gathered for lunch, killing 17 crew members.

The bombing was the first major international terrorist attack on a U.S. facility since the 1998 bombings of U.S. embassies in Africa. The FBI sent more than 100 special agents to Yemen to collect evidence and interview witnesses.

When the USS Cole returned to the United States, our bomb technicians and scientists traveled to Ingalls Shipbuilding in Mississippi to review more evidence. The FBI determined that members of al Qaeda had planned and executed the bombing.

This blue tray was recovered from the galley. It has a gold USS Cole insignia on it. The Naval History and Heritage Command loaned the tray to the FBI’s Terrorist Screening Center in Virginia.