The Silence of the Lambs Business Cards

'The Silence of the Lambs' Business Cards 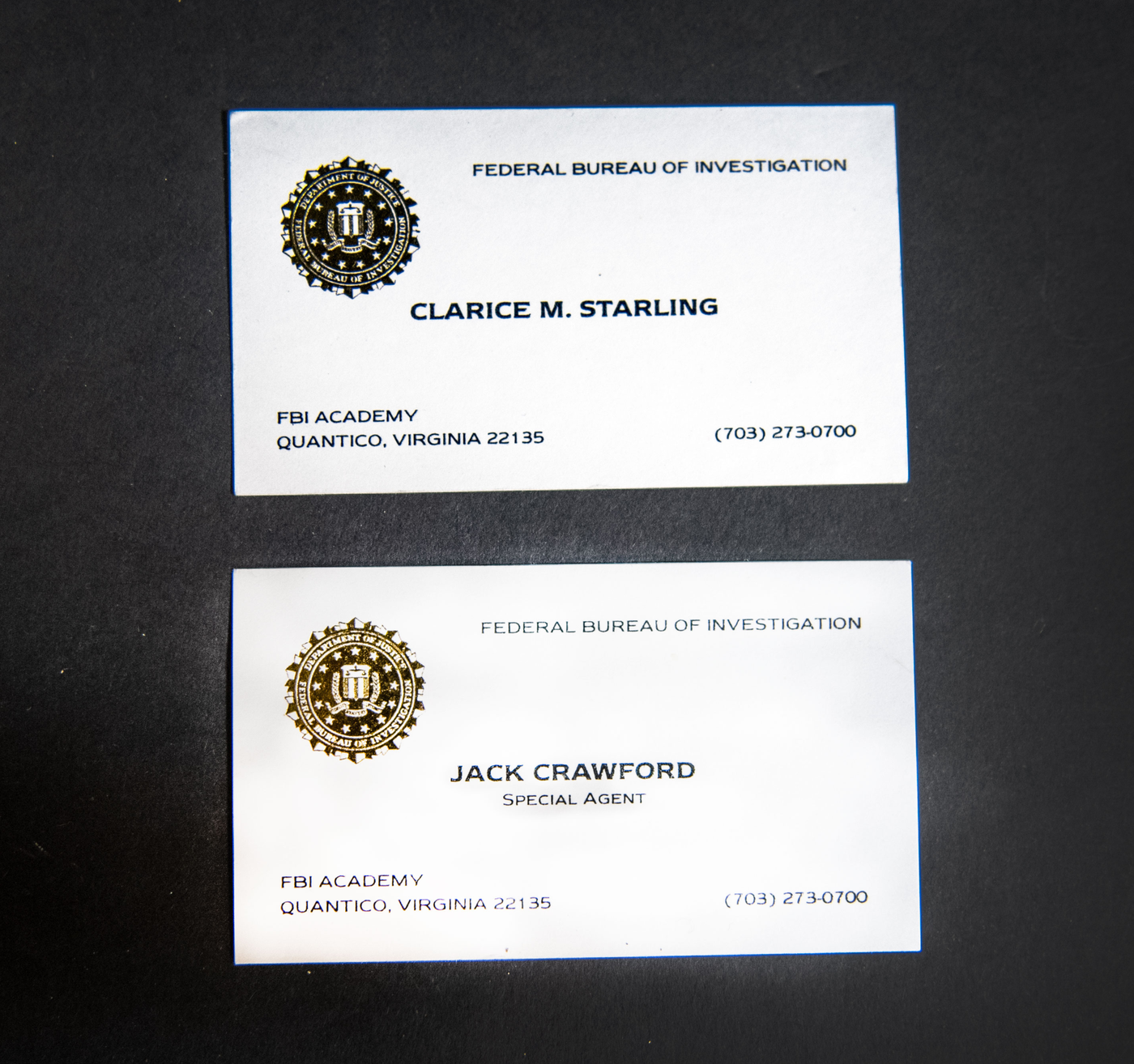 This set of business cards—one for Starling and one for Crawford—were one of the many small props to bring authenticity to the set of "The Silence of the Lambs." (Click image to view high-res.)

The 1991 film "The Silence of the Lambs" not only set a new standard for psychological thrillers but also inspired a generation of women to join the FBI.

The movie stars Jodie Foster as Clarice Starling, an FBI agent trainee at the FBI Academy in Quantico, Virginia. During her training, Special Agent Jack Crawford asks Starling to speak to an imprisoned murderer whose background in psychology could help the FBI capture another serial killer.

After meeting with the film’s director and producers, several FBI employees agreed to help with the film’s production. They reviewed the movie’s script, corrected details in scenes, and played extras. A retired supervisory special agent even inspired the character of Crawford.

At the time, FBI employees didn’t realize the movie would become a blockbuster—they just hoped to promote the FBI’s brand and recruit more women.

For Supervisory Special Agent Shayne Buchwald of FBI Baltimore, that’s exactly what happened. She first saw the film with her high school boyfriend, who accidentally elbowed Buchwald in the nose during a startling scene.

“I was so captivated by the movie that I finished watching it with a Kleenex in my nose to stop the bleeding,” Buchwald said. “I didn’t want to miss any of it.”

Buchwald received a master’s degree in clinical psychology and completed new agent training in 2002. She still watches “The Silence of the Lambs” every year on her FBI anniversary.

This set of business cards—one for Starling and one for Crawford—were one of the many small props to bring authenticity to the set.

Starling and Crawford may be fictional characters, but the legacy they’ve left on the FBI is real.