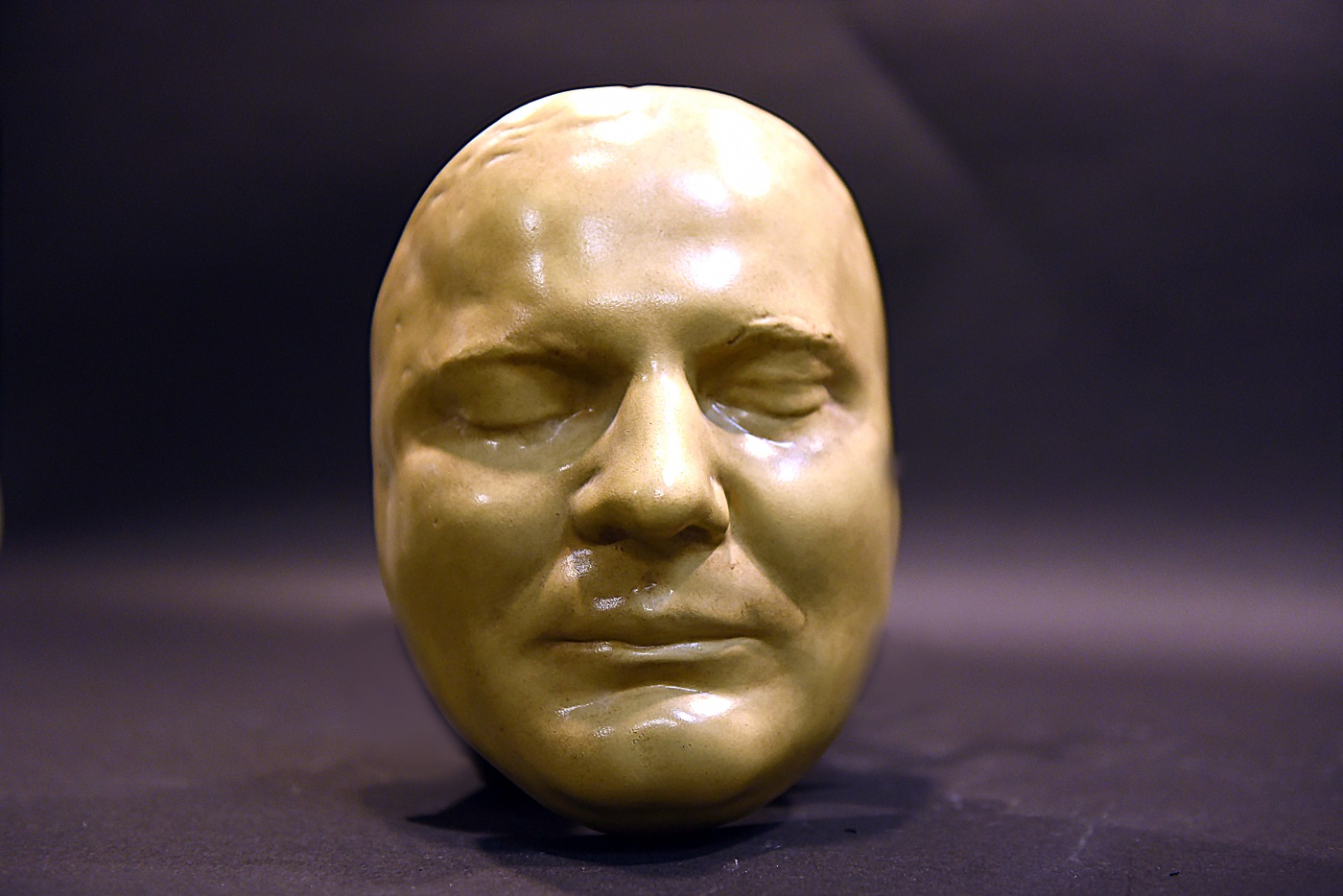 This mask of Pretty Boy Floyd’s face was made after his death on October 22, 1934. (Click image to view high-res.)

Throughout the 1920s, Floyd built a reputation as a violent gangster. He stole money, robbed banks, and reportedly killed more than a half-dozen people.

On June 17, 1933, Floyd and gunmen Vernon Miller and Adam Richetti drove to a train station in Kansas City, Missouri, to try to free a federal prisoner. As federal and local officers transferred the prisoner to their vehicle, the three gunmen drew their weapons. They shot and killed four law enforcement officers, including an FBI agent.

The FBI immediately started searching for the gunmen. On October 20, 1934, Floyd, Richetti, and their girlfriends were driving through Ohio when Floyd crashed their car into a telephone pole. Floyd and Richetti hid in the woods while their girlfriends took the car for repairs.

Two days later, FBI agents and local officers searching for Floyd noticed a car move from behind a corn crib on a farm. Floyd jumped from the car with a .45-caliber automatic pistol in his right hand, and the officers fired.

As the officers ran toward Floyd, he said, “I’m done for; you’ve hit me twice.” He died about 15 minutes later.

This mask of Pretty Boy Floyd’s face was made after his death on October 22, 1934.