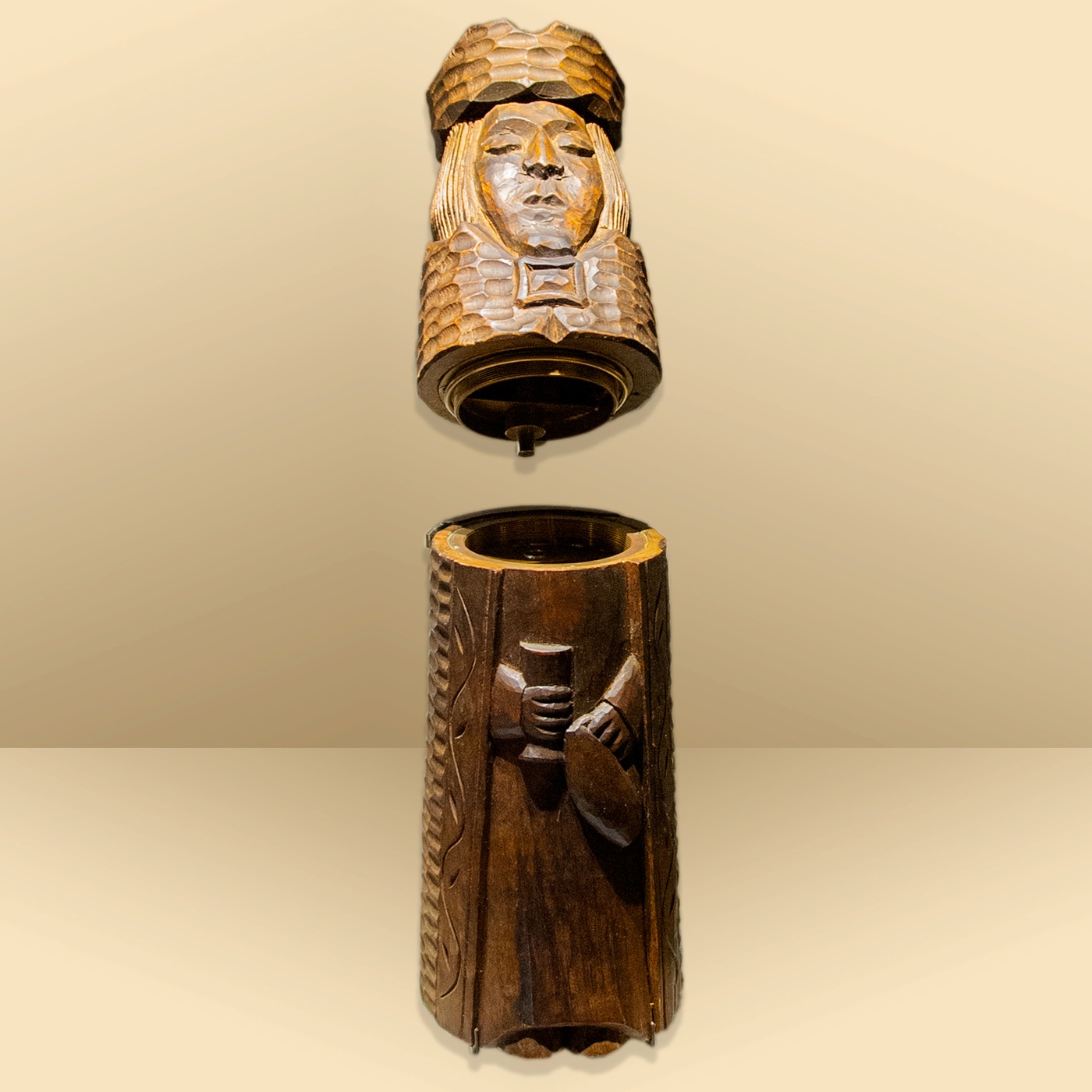 This is a Polish spy’s concealment device disguised as a wooden chess piece. (Click image to view high-res.)

This is a Polish spy’s concealment device disguised as a wooden chess piece. In June 1981, the FBI arrested the spy and his U.S. informant, who hid U.S. secrets inside the chess piece.

Used by Polish intelligence officer Marian Zacharski and U.S. citizen William Holden Bell, this chess piece has hollowed-out cavities in both the body and lid. Unlocking the device required the spies to turn it upside down for 45 seconds and gently tap it.

Zacharski found an ideal target in Bell, a longtime engineer at Hughes Aircraft Company. Bell had a security clearance and access to vital classified information. Just as important, he was struggling financially and emotionally and was vulnerable to recruitment.

Bell and Zacharski shared an interest in machine technology and a love for recreational tennis. They soon began spending time together both on and off the court. Bell would later tell a Senate committee that Zacharski eventually became his best friend. Or so it seemed.

Financially, Bell’s troubles lingered, and he declared bankruptcy. Zacharski offered to help. Perhaps, Zacharski proposed, Bell could share some of his knowledge on various engineering matters as a paid technical consultant. Bell agreed, and the money began to flow. But ultimately Zacharski wanted more: classified information.

Bell began to show Zacharski projects he had worked on, like sophisticated radar systems and fixed weapons platforms. Zacharski supplied a camera and special high-resolution film so Bell could make photographs of confidential and secret plans and schematics. He would later receive other concealment devices like a tie rack and the large wooden chess piece.

Bell agreed to plead guilty and cooperate in the prosecution of Zacharski. By the end of the year, Zacharski was convicted and sentenced to life in prison. Bell was sentenced to eight years. In 1985, Zacharski and three other Soviet bloc agents were exchanged for 25 people held in Iron Curtain jails for dissenting against Eastern European communist regimes. The exchange took place on the famous “Bridge of Spies” (the Glienicke Bridge in Germany).

The threat remains. Espionage agents are as skilled, dangerous, and active as ever.