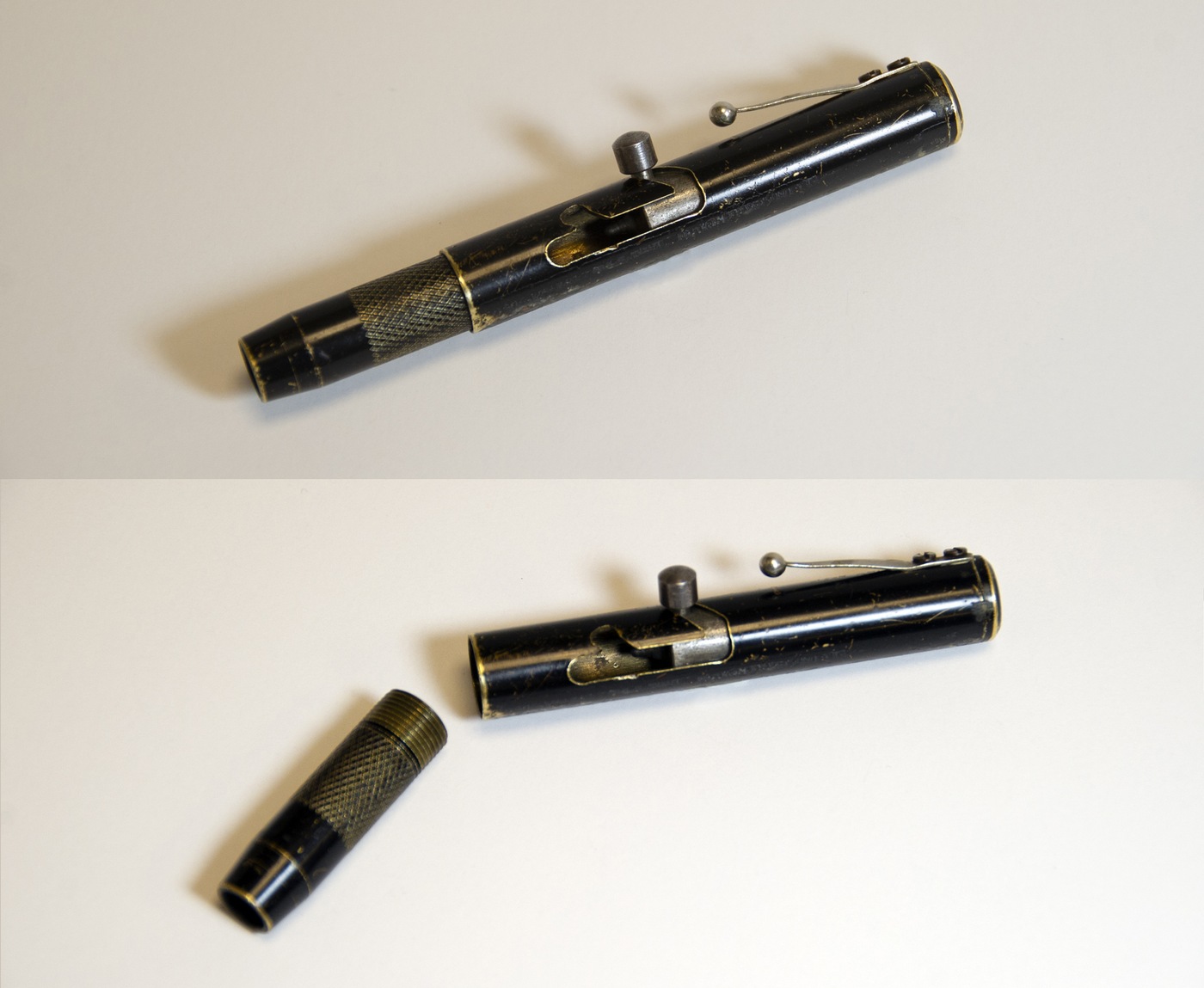 This pen gun—a dangerous weapon designed to look like an ink pen—has been widely available as a means of self-defense since the turn of the 20th century. (Click image to view high-res.)

This pen gun—a dangerous weapon designed to look like an ink pen—has been widely available as a means of self-defense since the turn of the 20th century.

This pen gun was produced in 1924, but the maker and exact history behind it is unknown.

The weapon is a single-shot gun with a safety notch, and it is designed to be carried in a pocket, semi-concealed from prospective targets. There are two major components to the gun: a brass tube fitted with a steel bolt, bolt face, and pocket clip; and a brass “barrel.” The .38 Short Colt (Short Center Fire) bullet is an obsolete, low-velocity, black powder cartridge. It fired a soft, lead bullet weighing between 95 and 125 grains, a very small unit of measurement used to calculate the mass of a bullet (there are 437.5 grains per ounce).

The FBI retains such items to teach personnel to identify the devices and provide exemplars for comparison purposes. Certain older, more unique items, such as this pen gun, are displayed in The FBI Experience tour as a matter of interest, as well as to educate the public about the varied responsibilities of the FBI.