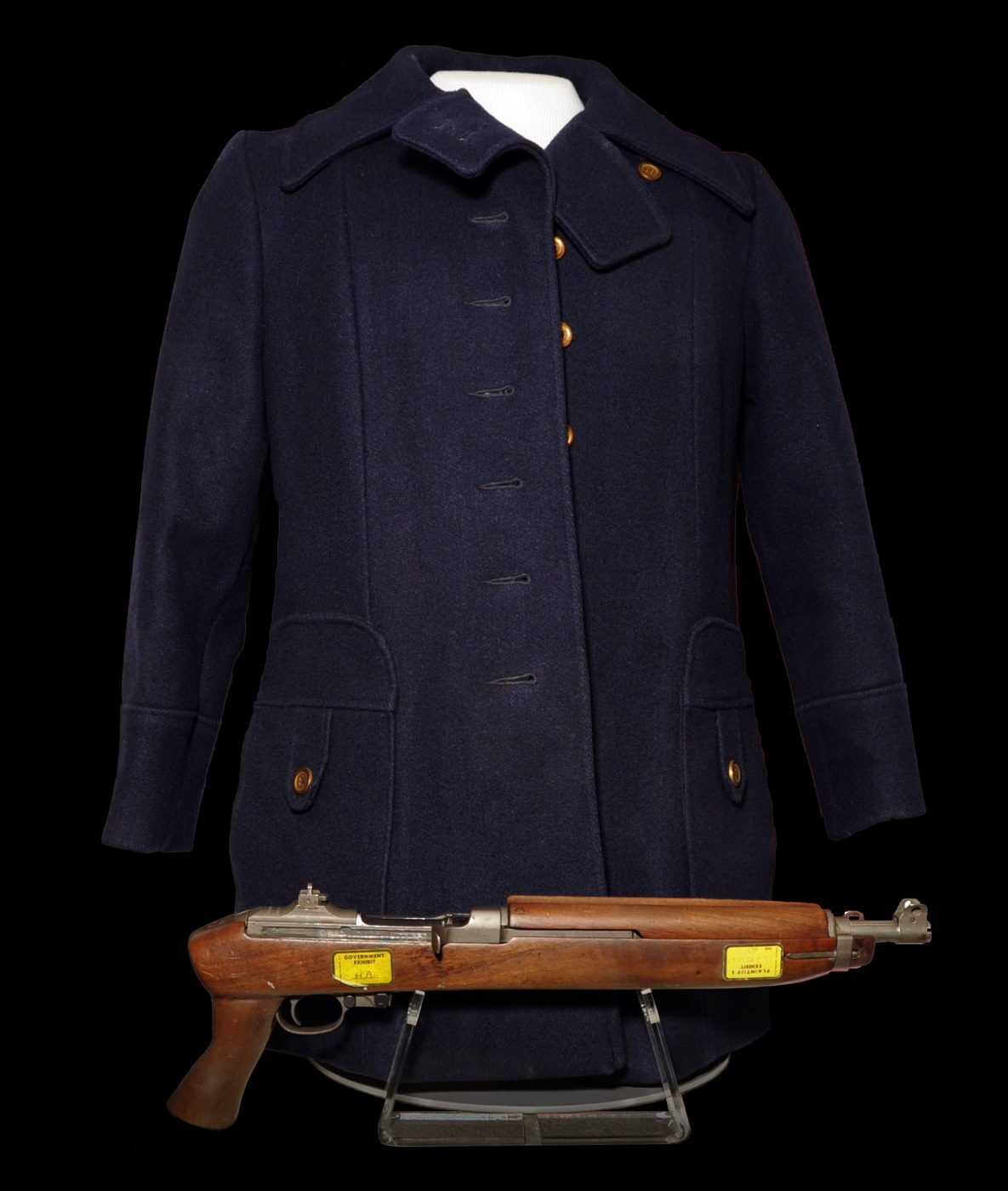 Pictured are the coat worn and gun brandished by Patty Hearst during an SLA bank robbery. (Click image to view high-res.)

On the morning of February 4, 1974, a 19-year-old college student named Patty Hearst was kidnapped from her apartment in Berkeley, California by a group of armed men and women. This group of radical anarchist and extremist men and women from different walks of life called themselves the Symbionese Liberation Army (SLA). The SLA was attempting to instigate a guerrilla war against the U.S. government and had already shot two Oakland school officials, killing one and wounding the other.

The SLA knew that Hearst was from a wealthy, powerful family, and sure enough, the kidnapping made front-page national news and captured the interest of the American people.

The SLA began releasing audiotapes demanding money and food in exchange for Hearst’s release. In April 1974, the SLA released a tape in which Hearst claimed to have joined the SLA’s fight against the U.S. government herself. Days later, Hearst was caught on camera participating in a bank robbery with the SLA.

Pictured are the coat worn and gun brandished by Patty Hearst during that infamous SLA bank robbery.

To stop the SLA and find Hearst, the FBI launched a large-scale, agent-intensive investigation. Hearst and other SLA members went into hiding and were on the run until September 18, 1975, when FBI agents caught up with Hearst. She was charged with bank robbery along with other crimes and was found guilty and sentenced to seven years in prison. President Carter commuted Hearst’s sentence after two years, and she was later pardoned.