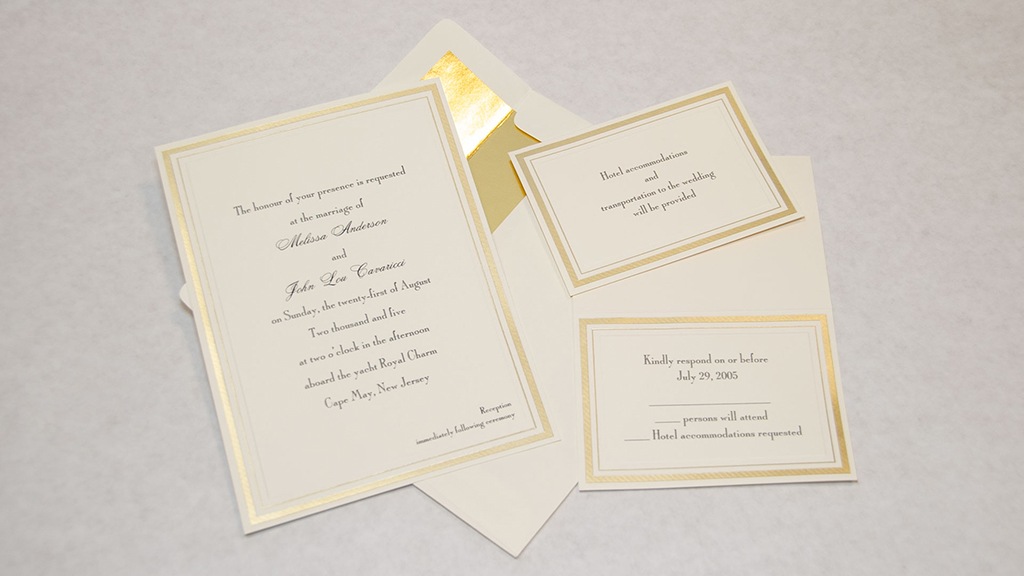 This wedding invitation launched the finale of an international smuggling investigation.

In 2005, suspects around the world received wedding invitations that promised a ceremony aboard a yacht, with hotel accommodations and transportation provided. On the wedding day, several “guests,” dressed for the event and bearing gifts, stepped into limousines. FBI agents, disguised as tuxedo-clad limo drivers, promptly arrested them. That day, the FBI and our partners arrested dozens of others connected to the investigation, dubbed Operation Royal Charm.

The investigation, along with a related case, led to the indictment of 87 individuals from China, Taiwan, Canada, and the U.S.

The investigation, which spanned multiple years, began with FBI undercover agents posing as underworld criminals. The agents helped make sure that shipping containers full of counterfeit cigarettes made it past U.S. Customs officers undetected. Over time, as undercover agents won the smugglers’ trust, they were asked to help ship other illicit goods, such as narcotics and millions of dollars in counterfeit currency. Later, the smugglers offered a variety of Chinese military-grade weapons, including surface-to-air missiles.

To coordinate arrests in the Operation Royal Charm case, agents came up with a clever ruse. Because many of the subjects lived outside the U.S., they were invited to a wedding aboard a yacht docked near Atlantic City, New Jersey.

Between the two investigations, officials seized some $4.5 million in counterfeit currency, along with more than $40 million worth of counterfeit cigarettes, drugs, and other real and phony items. The smugglers also had to forfeit a total of $24 million in cash, real estate, cars, and jewelry.

Our partners in the investigation included the U.S. Secret Service; the Bureau of Alcohol, Tobacco, Firearms, and Explosives; U.S. Immigration and Customs Enforcement and U.S. Customs and Border Protection at the U.S. Department of Homeland Security; the Royal Canadian Mounted Police; the U.S. Postal Inspection Service; the Department of Labor’s Inspector General; and several state and local law enforcement agencies.