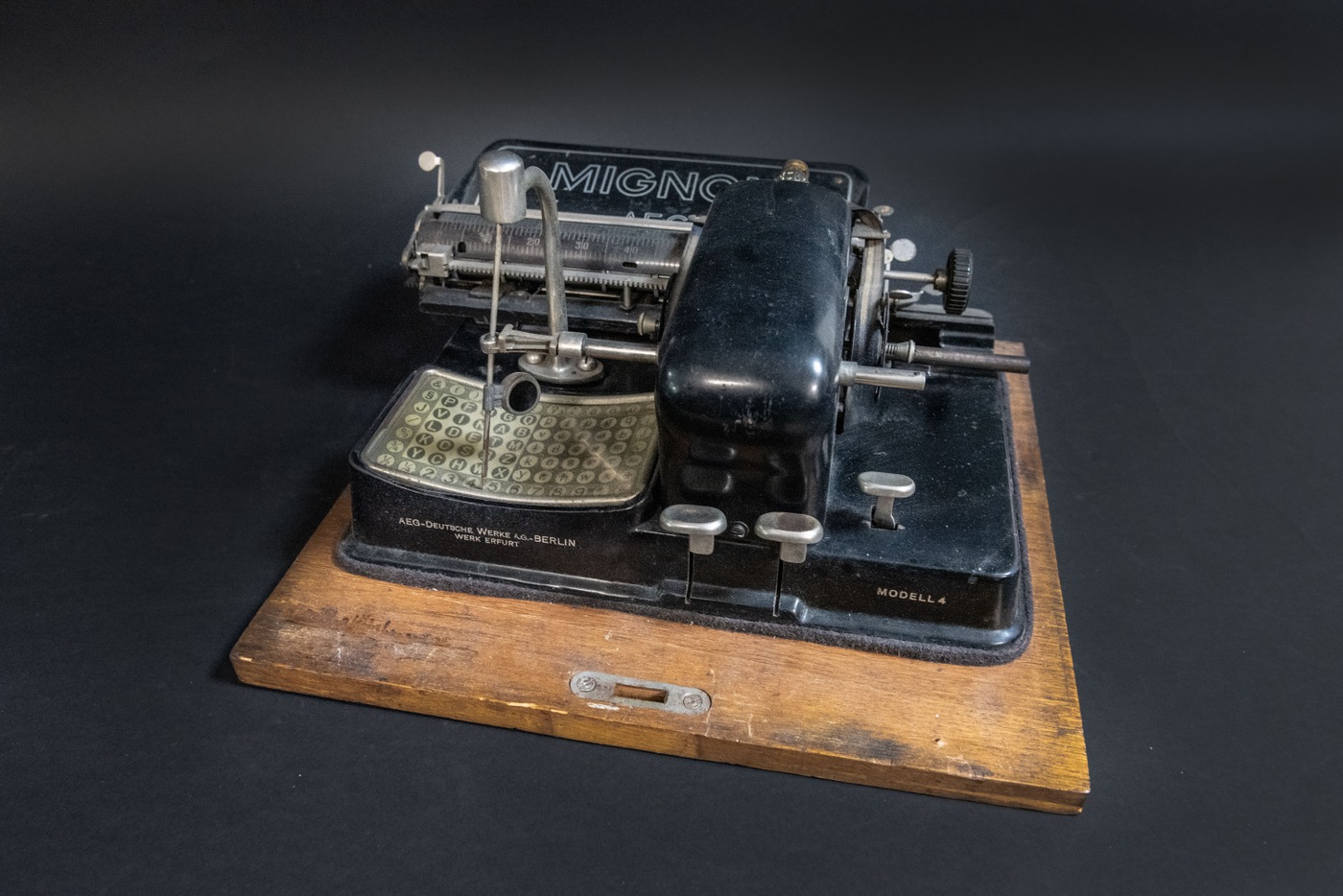 This Mignon 4 is a mechanical index typewriter from the early 20th century. (Select image to view high-res.)

A German company called Allgemeine Electrizitats Gesellschaft (AEG) produced the original model of the typewriter in the early 20th century. It sold the Mignon 4 in the 1920s and 1930s.

Mechanical index typewriters like the Mignon 4 had a pointer or stylus that let a typist choose a letter from the index. One hand moved the pointer across the index, while the other depressed the machine’s printing key to print the letter on paper.

AEG sold its typewriters in various countries, including the United States. The Mignon 4 is one of about a half-dozen typewriters in the FBI's historical collection. The FBI Laboratory secured devices like the Mignon 4 in the 1930s and 1940s as the FBI broadened its intelligence work.