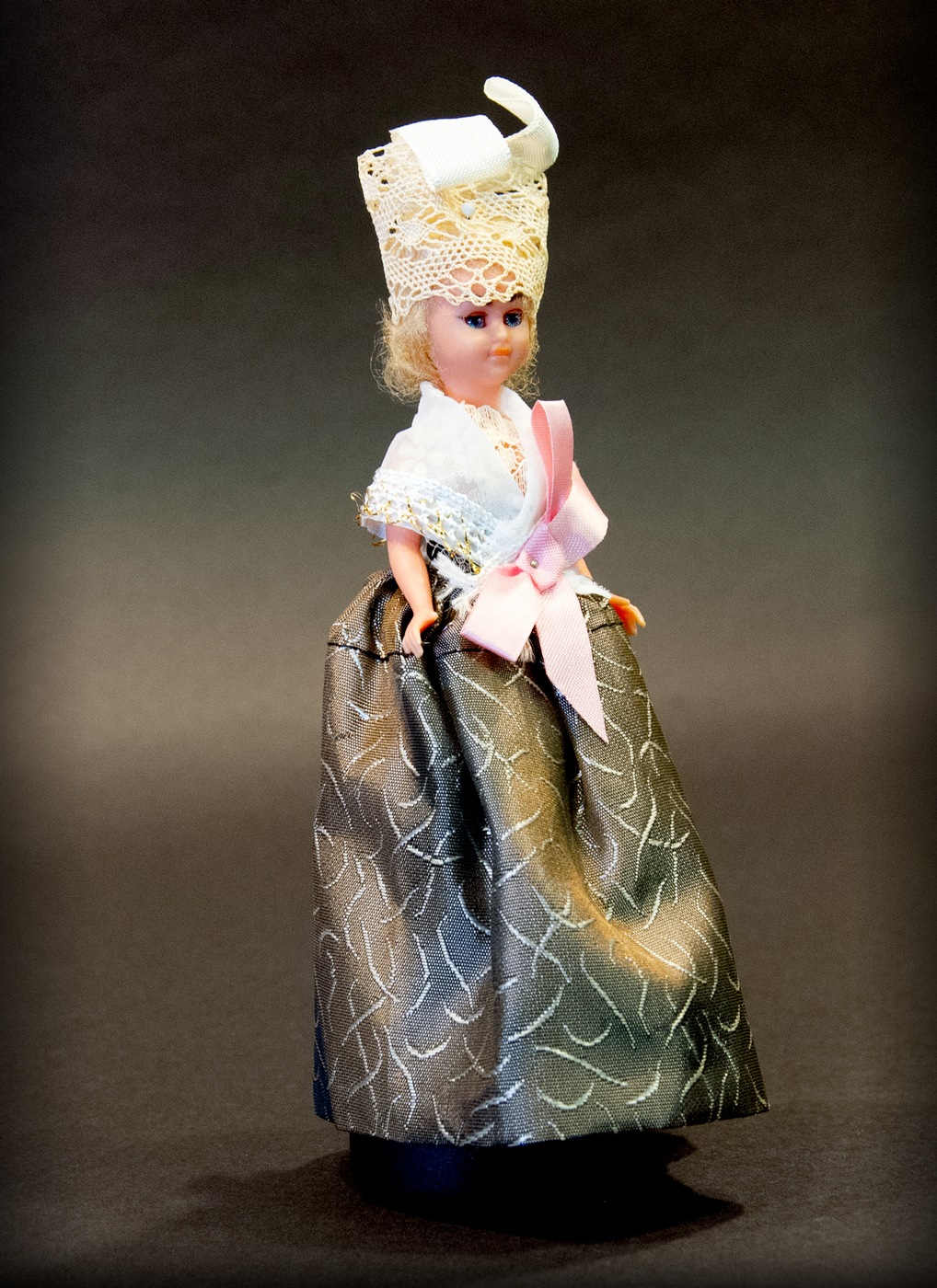 This doll was more than just a toy—it was used to smuggle secret photographs to Nazi Germany using a technique called microphotography. (Click image to view high-res.)

This doll was more than just a toy—it was a tool of espionage tradecraft.

A German spy used this doll to smuggle secret photographs to Nazi Germany. The photos were reduced in size so that the film they were on was as small as the period at the end of a sentence. Spies hid this film, called a “microdot,” on the doll, where it was virtually invisible to regular censors. Fortunately, the FBI knew how to find it.

How did microphotography work? Spies would photograph espionage material with a camera. Then, through a special contraption of lenses, they would copy the image, reduce it in size, and imprint it on especially sensitized film.

The Germans concealed microdots on letters and other materials they could carry across borders or mail to dead letter boxes in Europe. (A dead letter box was a fake address that acted as a cutout between a spy and German intelligence headquarters.) Some couriers returning to Europe even hid microdots on their clothes or on dolls, which looked like presents for children.

During World War II, the FBI’s Special Intelligence Service (SIS) investigated German espionage rings operating in the Western Hemisphere. One investigation in Mexico involved more than 50 main subjects who operated in three separate espionage rings under orders from Berlin, Hamburg, and Cologne. These spies received reports from and transmitted messages to people in multiple countries.

SIS investigations produced substantial evidence regarding the espionage activities of principal subjects in the case, including George Nicolaus and Arnold Karl Franz Joachim Ruge. In the early 1940s, Nicolaus served as a leader of the espionage group reporting to Berlin—the largest of the three groups—and Ruge made microdots.

The flow of microdot messages from Mexico to Germany continued until January 31, 1942, a few weeks before Mexican officials arrested Nicolaus. Mexico sent Nicolaus to the United States for repatriation to Germany, but the U.S. government refused to repatriate him because he had several incriminating items on him, including concealed microdots.

During the war, Nicolaus had refused to divulge information of value to SIS agents, but when it ended, he provided them with details regarding German espionage activities in Mexico that substantiated the information SIS representatives had previously gathered.

Shortly after Nicolaus’ arrest, Mexican officials detained Ruge as one of Nicolaus’ known contacts and sent him to a Mexican concentration camp. Through bribery, Ruge secured his release from the camp in July 1942. He then took over as head of the espionage group reporting to Berlin and resumed the flow of microdot letters.

Mexican officials tried to apprehend Ruge at his home on August 2, 1946, but he resisted by threatening to kill those who tried to arrest him. When the police returned to his home the next day, they discovered that Ruge had killed himself.

In January 1946, the FBI provided the Mexican government with evidence from the case, and in July 1946, the Mexican secretary of foreign relations told the U.S. ambassador that 21 of the subjects in the case were scheduled for repatriation to Germany. Only 13 of those subjects were ultimately deported to Germany, for several skirted deportation by hiding or bribing Mexican officials.