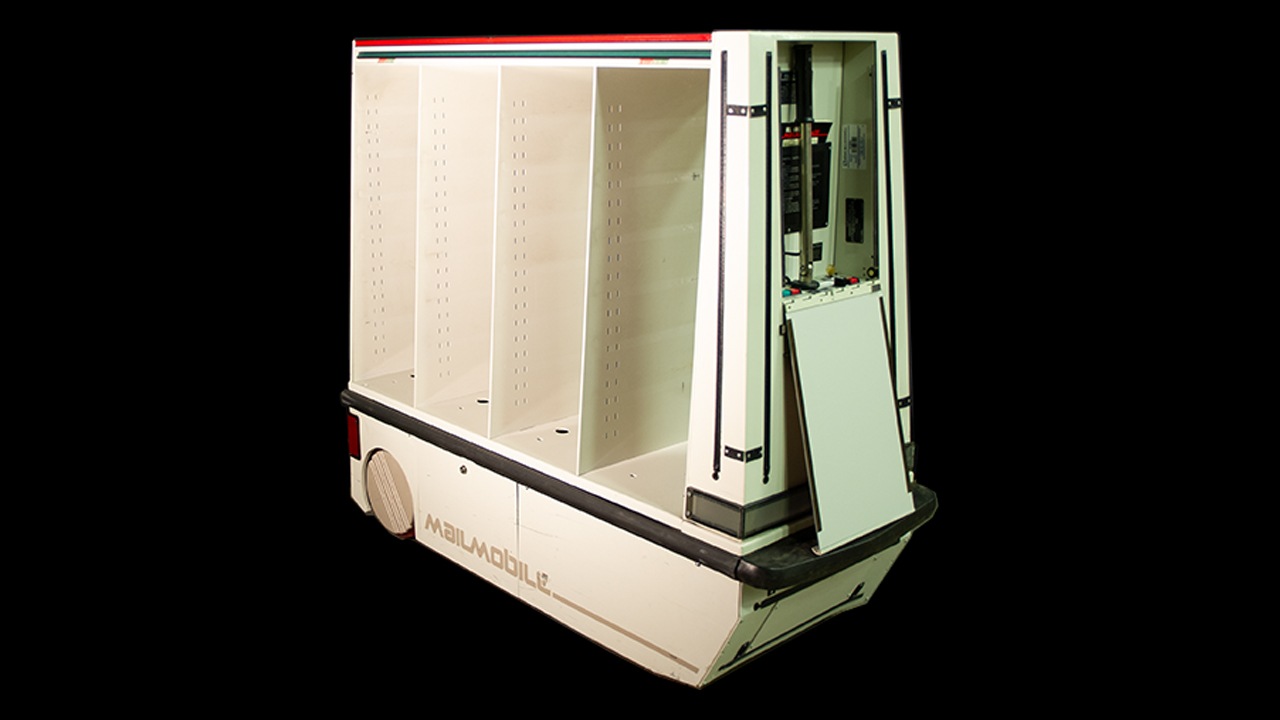 Capable of hauling 800 pounds of mail, OBR III was unlike most professional staff at the FBI. Rather than sitting at a desk, OBR III glided along an invisible chemical guidepath on the sixth floor, delivering mail at 30 different stops. OBR III took about 30 minutes to make a round, enabling it to replace two messengers who made complete runs every 45 minutes.

When OBR III or one of the other Mailmobiles at FBI Headquarters reached a designated stop, it would beep and flash to notify secretaries that they had 30 seconds to grab their office’s mail from its locked shelves before it moved to its next stop.

Unfortunately, Mailmobiles were not always as efficient as originally planned. Sometimes they bumped into passing employees or stalled for hours. Despite the Mailmobiles' faults, some employees were fond of them and decorated or nicknamed them. OBR III had decorative horns thanks to some employees in the Administrative Services Division.

The FBI was not the only organization to have Mailmobiles in the second half of the 20th century. The Sears Tower (now the Willis Tower) in Chicago, Illinois, was the first building in the world to employ one. Other organizations like Citibank, MassMutual, Northrop Grumman Corp., State Farm, and the International Monetary Fund had Mailmobiles, too. In 1992, the FBI transferred its Mailmobiles from FBI Headquarters to field offices throughout the country, but remnants of the guidepath OBR III followed linger on the sixth floor of FBI Headquarters.

Even though the FBI’s Mailmobiles have retired, their fanbase has continued to grow. After a model Mailmobile played a role on the FX series “The Americans,” public fascination with Mailmobiles soared. The electronic mail robots have inspired essays, internet threads, and even a Twitter account.

Pictured is one of the Mailmobiles like OBR III that used to deliver mail at FBI Headquarters. It is 4’9’’ long, 1’11’’ wide, and 4’4’’ high. It can no longer follow a guidepath, but after our staff cleaned it and replaced its batteries, it can still move.