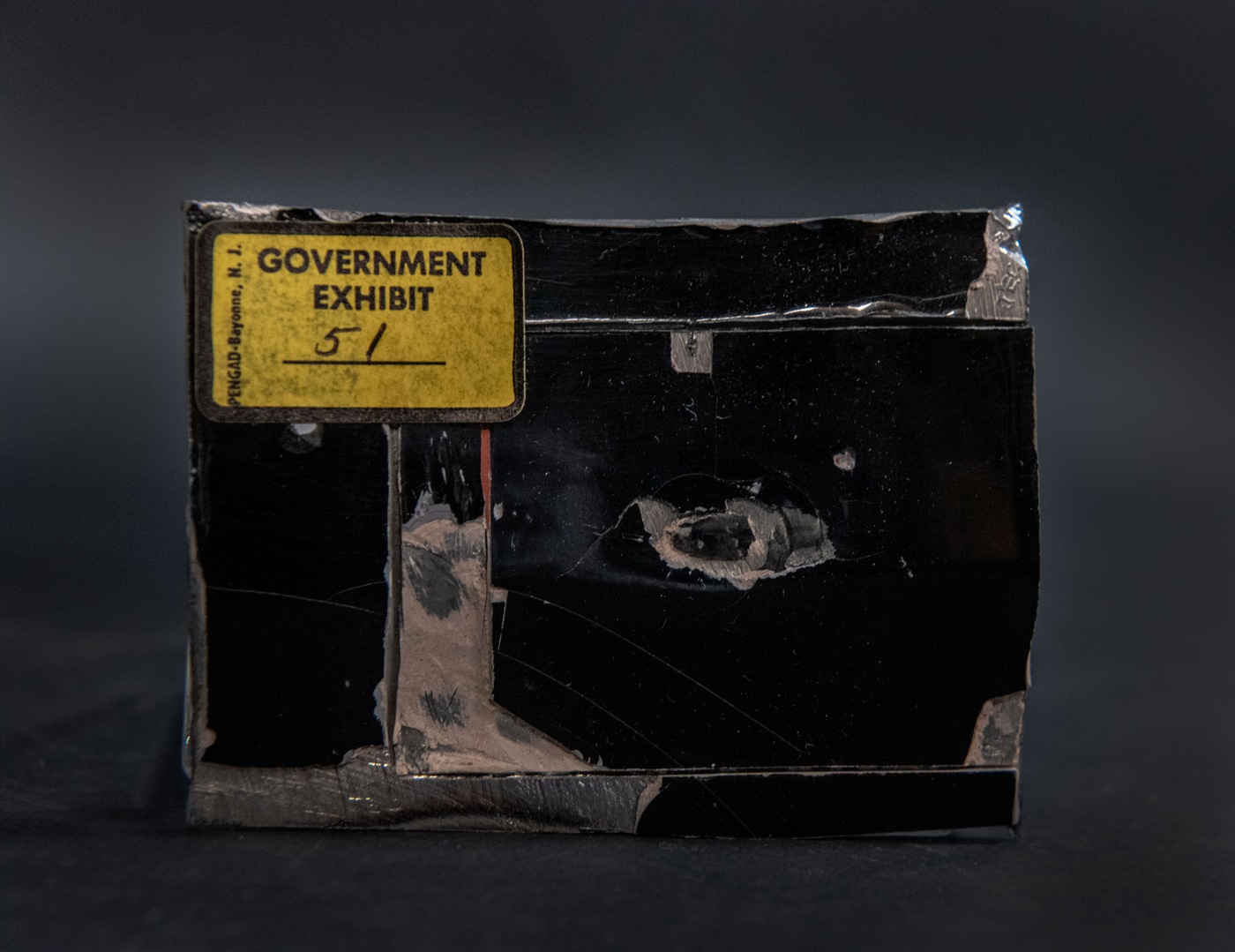 Pictured is a piece of the limousine struck during the assassination attempt of Ronald Reagan.

On March 30, 1981, John Hinckley Jr. tried to assassinate President Ronald Reagan outside the Washington Hilton Hotel. As Reagan headed to his limousine, Hinckley fired six shots from a .22-caliber revolver.

One bullet hit Reagan in the chest after ricocheting off a panel on the rear of his limousine. Bullets also struck Reagan’s press secretary, a Secret Service agent, and a Washington, D.C., police officer.

Based on the FBI investigation, Hinckley was charged with the attempted assassination of the president and the assault of a Secret Service agent. They fingerprinted, photographed, and interviewed Hinckley at the FBI’s Washington Field Office.

FBI agents seized dozens of items from the hotel room, including a letter to actress Jodie Foster that pointed to aspects of Hinckley’s motive. Hinckley told Foster that he planned to kill the president to show his love for her.

A jury found Hinckley not guilty by reason of insanity on June 21, 1982.

Pictured is a piece of the limousine struck during the assassination attempt.