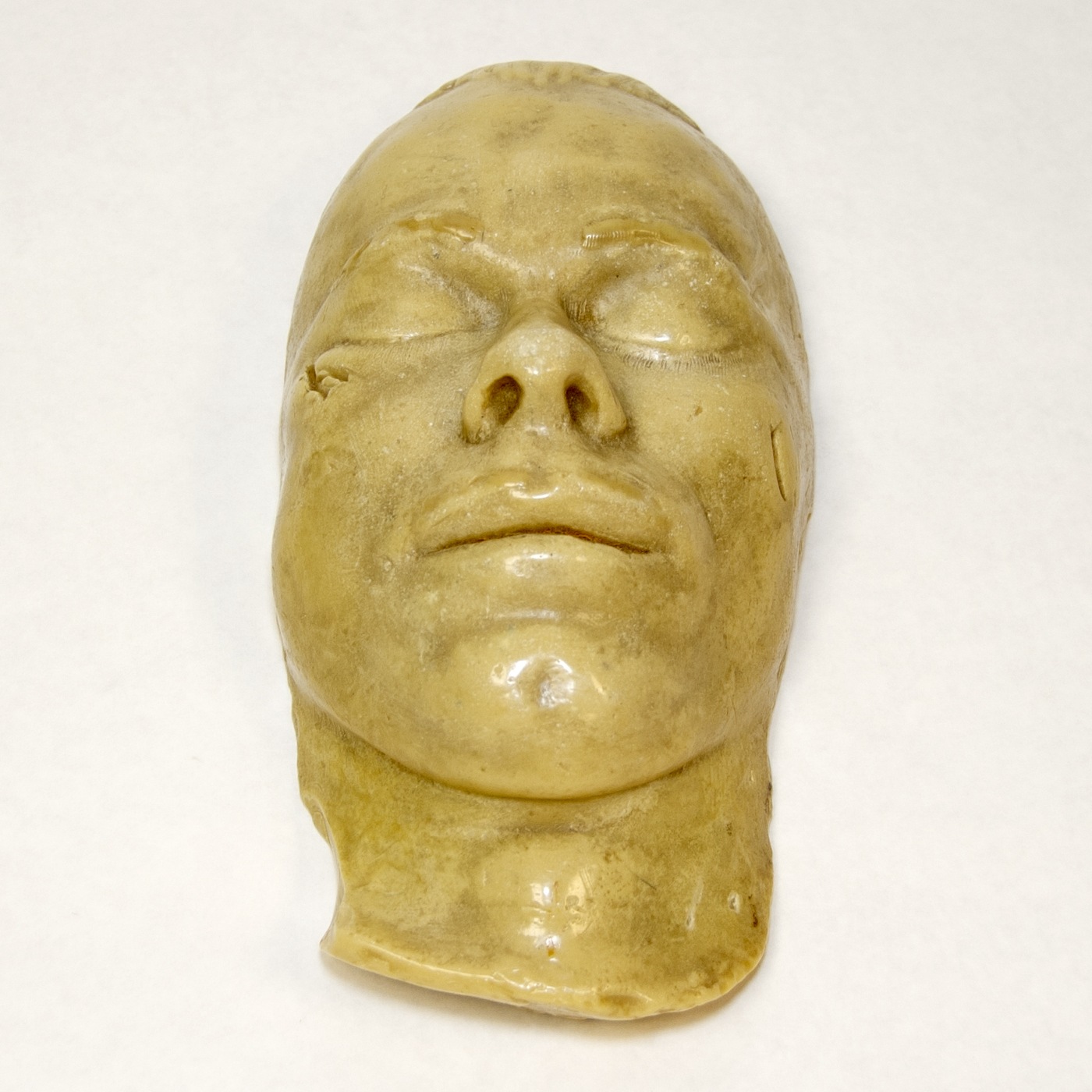 Pictured is the death mask of John Dillinger. (Click image to view high-res.)

Pictured is the death mask of John Dillinger﻿. Dillinger’s death is often described as the beginning of the end of the Gangster Era. On July 22, 1934, 85 years ago, FBI agents shot and killed Dillinger during a confrontation.

Dillinger, whose name once dominated the headlines, was a notorious and vicious thief. Between September 1933 and July 1934, he and his violent gang terrorized the Midwest, killing 10 men and wounding seven others, robbing banks and police arsenals, and staging three jail breaks—killing a sheriff during one and wounding two guards in another.

Just 12 hours after Dillinger’s death on July 22, 1934, Harold May of the Reliance Dental Manufacturing Co. created this death mask of Dillinger’s face at the Cook County Morgue in Chicago to demonstrate the quality of the company’s plaster. People sought to remember the deceased in many ways, but death masks were uncommon at this point in history.

Although the creation of a death mask seems bizarre, the FBI case files describe an even stranger scene at the morgue: “Every politician and his friend in Chicago crowded into the morgue for the morbid purpose of viewing Dillinger’s remains....[G]reat confusion existed at the morgue [for] several days, inasmuch as there were thousands of people who attempted to gain admission to view Dillinger’s body.”

Police departments across the country asked the FBI for copies of the death mask. The FBI denied the requests after determining that providing copies would result in a “tremendous burden.” However, the FBI decided to permit officers to cast their own copies from the original while attending the newly created FBI National Academy, which still exists today. FBI National Academy attendees cast molds as part of forensic modeling studies for many years. As a result, countless copies still exist and are sometimes auctioned online as originals.

After his death, 27 individuals were convicted in federal courts on charges of harboring and aiding and abetting Dillinger and his cronies during their reign of terror. Through additional FBI casework, arrests, and law enforcement partnerships, the gangster threat quickly declined.